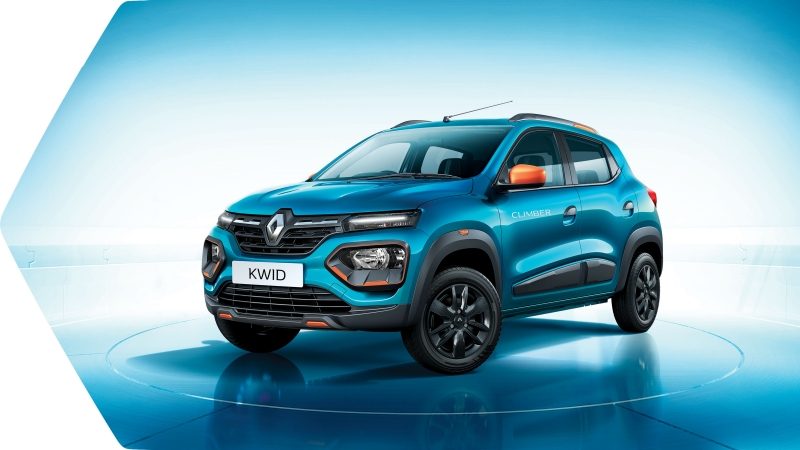 French automaker, Renault has finally launched the 2020 Kwid facelift in the Indian market. Available in 5 variants – Standard, RxE, RxL, RxT (O) and Climber – the 2020 Renault Kwid facelift is priced at Rs 2.83 lakh for base model and Rs 4.84 lakh for the top-end model. The entry-level hatchback has received revised exterior design and better equipped cabin.

This is the third Renault product launched in our market this year. The company had launched the Duster facelift and the all-new Triber in July and August respectively. The 2020 Renault Kwid will directly rival the newly launched Maruti S-Presso. Adding to it, the top-end variants of the Kwid will challenge the likes of the Maruti Celerio, Tata Tiago and the Maruti Wagon R.

Talking about styling changes, the 2020 Renault Kwid facelift comes with a split-headlamp setup. We have already seen similar set-up in cars like Tata Harrier and the Hyundai Kona. The LED daytime running lights are placed on top and the main headlamp is positioned lower on the bumper. The front grille and headl-up set-up design is inspired by the Renault K-ZE electric city car, which was recently introduced in the Chinese market.

Other changes include redesigned bumpers and re-styled tail-lamps with LED elements. Side profile remains the same, but it gets more prominent new wheels. The top-spec Renault Kwid Climber new headlamp housing with orange inserts and wing-mirrors wrapped in orange. Similar orange treatment can be seen on the roof rails and the lower bumper.

Inside the cabin, the 2020 Renault Kwid facelift shares some of the components with the Triber sub-4 meter 7-seater MPV. Features like a digital instrument console with a tachometer and steering wheel is sourced from the bigger sibling. It also gets a new larger 8.0-inch touchscreen infotainment system with Apple CarPlay and Android Auto support.

The Kwid facelift will be powered by the same set of engines – a 0.8-litre 3-cylinder petrol and a 1.0-litre SCe 3-cylinder petrol. While the former is capable of producing 54bhp of power and 72Nm of torque, the 1.0L engine is good for 67bhp and 91Nm of torque. Transmission options include a 5-speed manual and a 5-speed AMT unit.