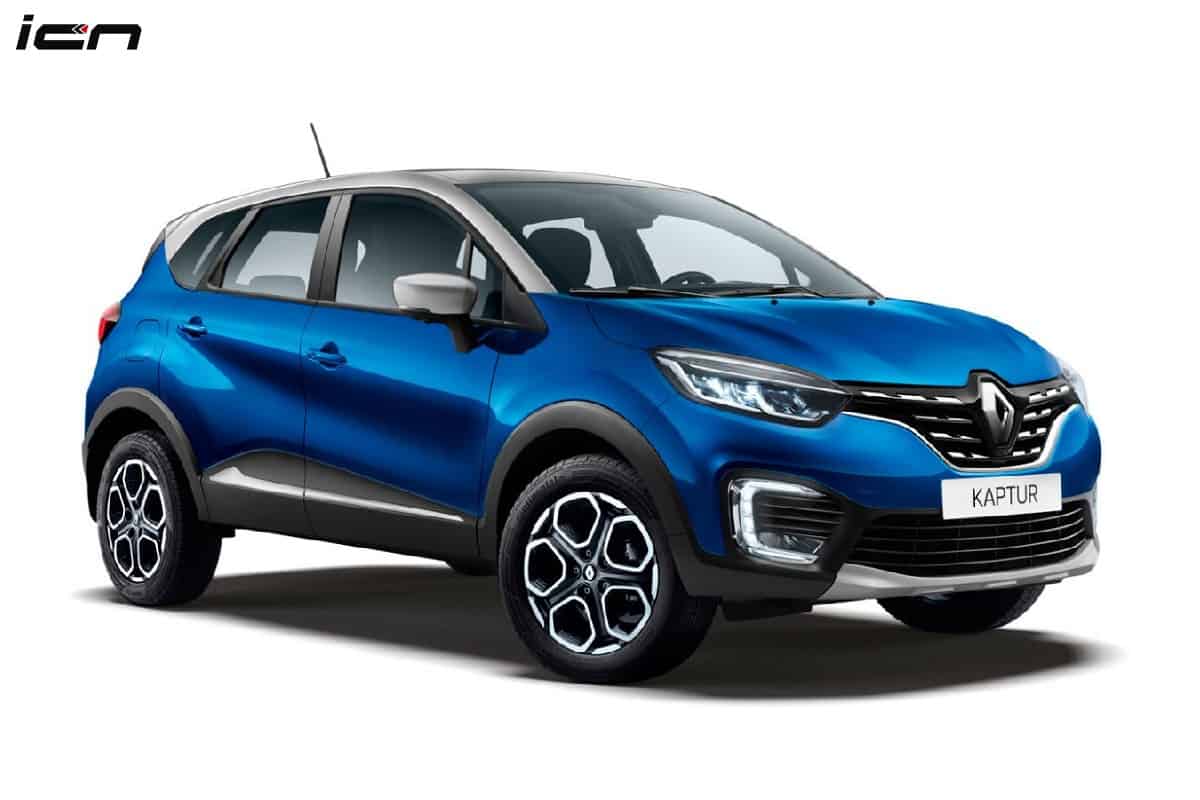 2020 Renault Captur facelift has finally been revealed by the carmaker. The updated model of the crossover comes with a host of cosmetic changes and mechanical improvements. In the Russian market, the 5-seater crossover sold as Renault Kaptur as in Cyrillic alphabet, ‘C’ is pronounced as ‘S’. The Europe-spec Captur has been built on CMF-B platform, while the model for the emerging markets (Russia, Brazil and India) underpins the ‘M0’ platform. Read – Renault Triber AMT Price and Details

In India, the carmaker will give a minor update to the Renault Captur in coming months. Some of its changes are likely to be inspired by the new Russia-spec model. The latter one comes with a new grille with lots of chrome embellishments and the newly-designed 17-inch alloys. The crossover also gets a new bright Blue colour scheme with Silver-coloured roof.

Minor changes have also been made to its interior. The 2020 Renault Captur facelift gets a larger 8.0-inch touchscreen infotainment system with Apple CarPlay and Android Auto connectivity. The new three-spoke steering wheel with brushed metal accents and gloss black centre panel further enhance its new look. Material quality and ergonomics have also been classed up. Read – Benefits of Up to Rs 60,000 On BS6 Renault Duster, Triber, Kwid

The higher trims of the 2020 Renault Captur have been powered by a new 1.3L turbo petrol engine that’s good enough for 156bhp. The 114bhp, 1.6L petrol engine continues to be offered on the lineup. While the gasoline motor is paired to a 5-speed manual gearbox, the new turbo-petrol unit can be had either with a 5-speed manual or an 8-speed CVT automatic transmission. The crossover lineup continues to come with AWD (all-wheel-drive) system.