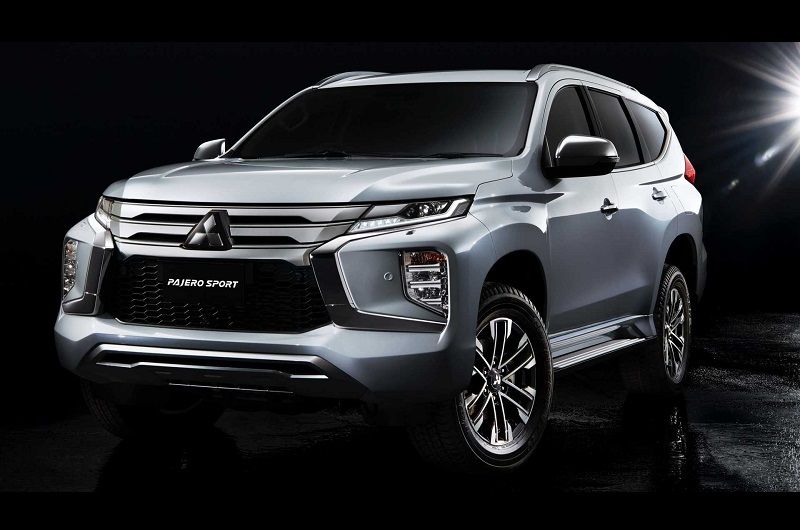 The long-awaited Mitsubishi Pajero Sport has officially been revealed. The new model will also make its way to our market in the end of this year. The SUV receives significant changes to exterior and interior as well.

In terms of exterior changes, the 2020 Mitsubishi Pajero Sport gets revised front and rear fascias. The front design is in-line with the updated Triton ute, which underpins the Pajero Sport. It comes with changes including revised headlights and fog lights, newly designed grille, revised bumpers and new alloy wheels. At the back, the SUV gets updated tail-lights with LED treatment and new stopping light at the rear bumper. The reflectors are integrated into the new rear skid plate. The vehicle also gets roof mounted spoiler, which add a sporty character. Also See – 2 New Mitsubishi SUVs coming to India

The top-end variants of the Pajero Sport now has electric tailgate with hands-free operation. The tailgate can be used via a foot sensor under the rear bumper or using the Mitsubishi smartphone app on the user’s smartphone. The application also reminds the owner to lock the doors remotely when leaving the vehicle. The SUV also benefitted with new safety features including lane change assist and rear cross-traffic alert. Also See – Mitsubishi Eclipse is coming to India

Inside the cabin, the 2020 Mitsubishi Pajero Sport comes equipped with a new 8.0-inch touchscreen infotainment system with Apple CarPlay and Android Auto. Adding to it, the SUV now gets new digital instrument console. The SUV now has more padded leather surfaces and revised centre console. It gets a new AC power outlet alongside the USB port in the second row.

Powering the 2020 Mitsubishi Pajero Sport is a 2.4-litre 4-cylinder turbo-diesel engine that also powers the Triton. This engine produces 178bhp of power and 430Nm of torque. The Power is transmitted to wheels through a selectable 4×4 system via an eight-speed automatic gearbox.