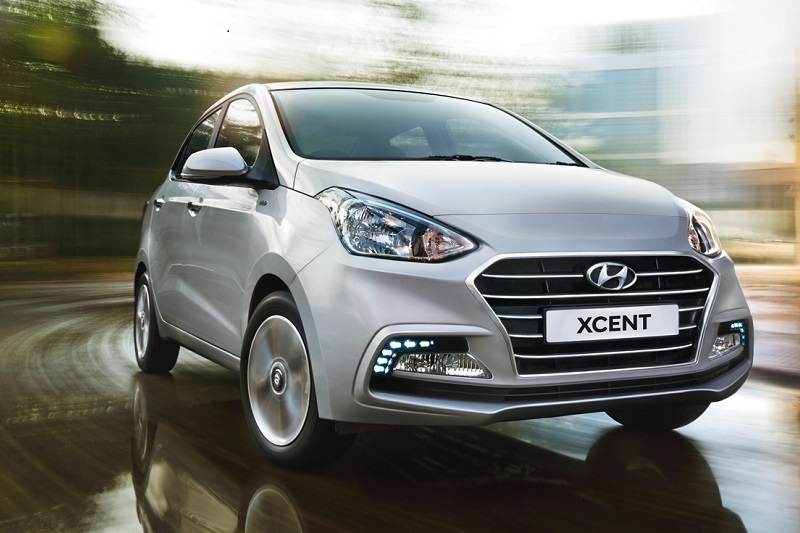 Hyundai will launch the new Grand i10 Nios hatchback in the Indian market on August 20, 2019. Besides releasing images, the company has also started taking pre-orders for the hatchback at a token amount of Rs 11,000. Hyundai has also started road testing the sedan version of the Grand i10 Nios. Likely to replace the Xcent, the compact sedan has been spotted testing for the first time in India.

The new Hyundai Xcent shares most of the body panels with the new Grand i10 Nios. Unlike current model, the new car will have three-box silhouette and will come with improved design. The spy image reveals the design of the car, featuring large wraparound lights. Styling seems inspired by bigger Hyundai sedans including Elantra facelift. Number plate is moved to the rear bumper, while the LED strips are placed below the tail-lamps.

The 2020 Hyundai Xcent gets the signature cascading grille with honeycomb inserts. It sports a newly styled front bumper with a wide chin and separate intake. The vertically stacked fog lamp housing gets two plastic slats and round lamp unit. Similar to the i10 Nios, the upcoming Xcent will receive the boomerang-shaped LED daytime running lights. Also See – New Hyundai Grand i10 Nios – Variants, Colours and Mileage

The new Hyundai compact sedan is likely to get i10 Nios inspired interior. It could receive a large 8.0-inch touchscreen infotainment system with Android Auto and Apple CarPlay support, wireless charging, automatic climate control and other features. The company could also introduce the Hyundai’s Blue Link connectivity system, which was introduced in the new Venue compact SUV. Report claims that the sedan could receive rear armrest and separate headrests for second-row passengers.

The 2020 Hyundai Xcent will receive the BSVI compliant 1.2-litre petrol and the U2 1.2-litre diesel engine. Both manual and AMT versions are likely to be on offer. It is reported that the new compact SUV could drop the Xcent moniker and could receive a new name. It will rival the likes of the Maruti Suzuki Dzire, Ford Aspire, Honda Amaze and the Tata Tigor.