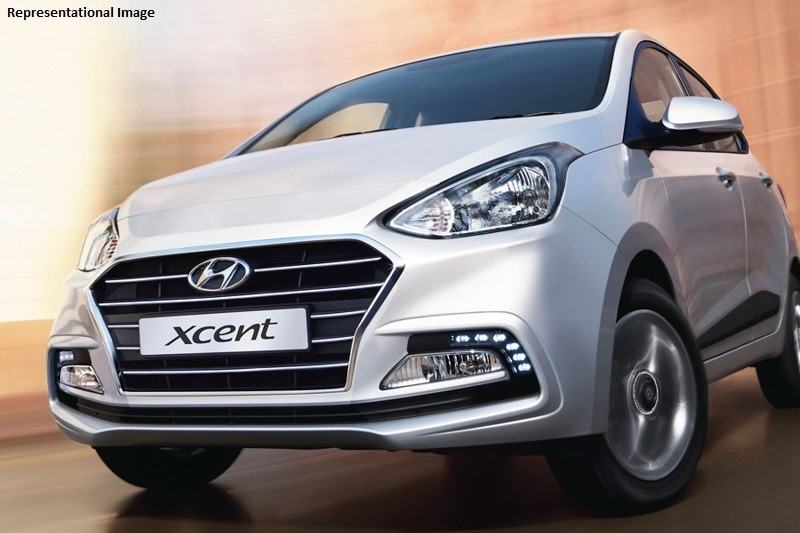 We informed you earlier that Hyundai is readying all-new sub-4 meter sedan, which will replace the current Xcent sedan. The new model is expected to carry a different nameplate. It will be based on the Grand i10 Nios hatchback and will take on the likes of the Maruti Dzire and the Honda Amaze. The company has already started testing the next-gen Hyundai i10 sedan, which is likely to be unveiled at the 2020 Auto Expo.

The 2020 Hyundai i10 Nios sedan is expected to be unveiled at the next year’s Auto Expo. A new set of spy images reveal the interiors of the next-gen Hyundai Xcent Nios. The sub-4 meter sedan looks reasonably similar to the Nios hatchback till B-pillar. It gets a shorter rear overhang to achieve the sub-4 meter length. The sedan is likely to receive all-new rear fascia with all-new combination lights.

It is expected that the next-gen Hyundai Xcent will come with more sedan-like design. Going by the images, the i10 sedan comes with all-black dashboard similar to that of the newly launched Nios hatchback. The sedan also receives adjustable head restraints for the rear seats. It is expected that the 2020 Hyundai Xcent sedan will come with upmarket interior.

The engine line-up will be shared with the new Grand i10 Nios. It will receive a 1.2-litre petrol engine that produces 83bhp and 114Nm of torque, while the 1.2-litre diesel engine producing 75bhp and 190Nm of torque. Transmission options include a 5-speed manual and a 5-speed AMT.

With the new i10 Nios, Hyundai is aiming to increase the market share in the sub-4 meter segment which is currently dominated by Maruti Suzuki. It is expected that Hyundai will sold the current Xcent as a taxicab.