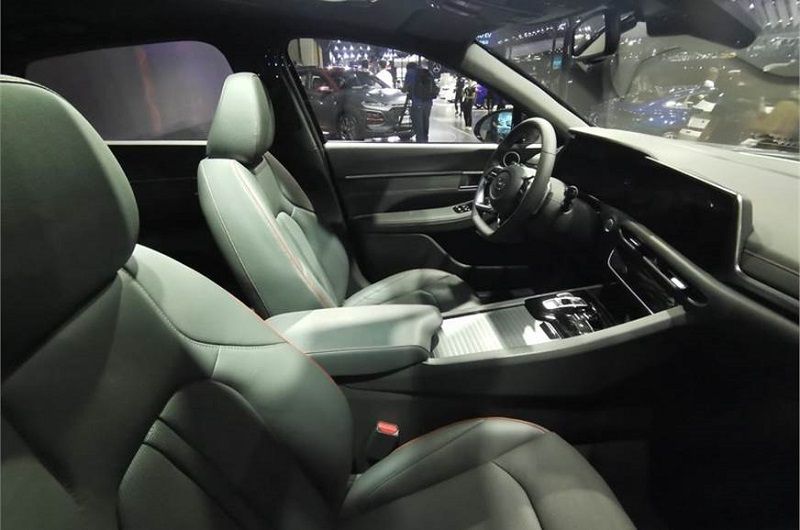 Hyundai has unveiled the new ix25 (next-gen Creta) at the 2019 Shanghai Auto Show earlier this year. The Korean brand has now unveiled the second version of the new ix25 at the Chengdu Motor Show, which has similar exterior highlight to earlier model but different interior. It features Hyundai’s new design language, which is in-line with the brand’s global SUVs including Palisade and the Kona.

The model showcased at the Chengdu Motor Show comes with a redesigned cabin. While the Shanghai version was equipped with a large portrait touchscreen with no physical buttons, the second version comes with new dashboard design similar to that of the Kia Seltos. It comes with a dashboard that houses large binnacle with a landscape-oriented touchscreen as well as the instrument cluster.

The dashboard design is inspired by the Seltos SUV. Slimmer air-con vents are positioned below the centre console, and the revised air-con controls. The centre console also houses an electronic parking brake and push-buttons for the automatic transmission, and covered storage bin. Besides these changes, the cabin design looks similar to that of the ix25 showcased in Shanghai. The model also features a sunroof.

It is reported that the 2020 Hyundai Creta for our market will be slightly different from the Chinese ix25. The Chinese ix25features more funky and rounded front design. It seems like Hyundai will alter the design of the SUV to suit the needs of Indian buyers. The new model is 4,300mm in length, 1,790mm in width and 1,622mm in height, and has a wheelbase of 2,610mm. It is 30mm longer, 10mm wider and 8mm shorter than the outgoing Creta. In fact, the wheelbase has been increased by 20mm.