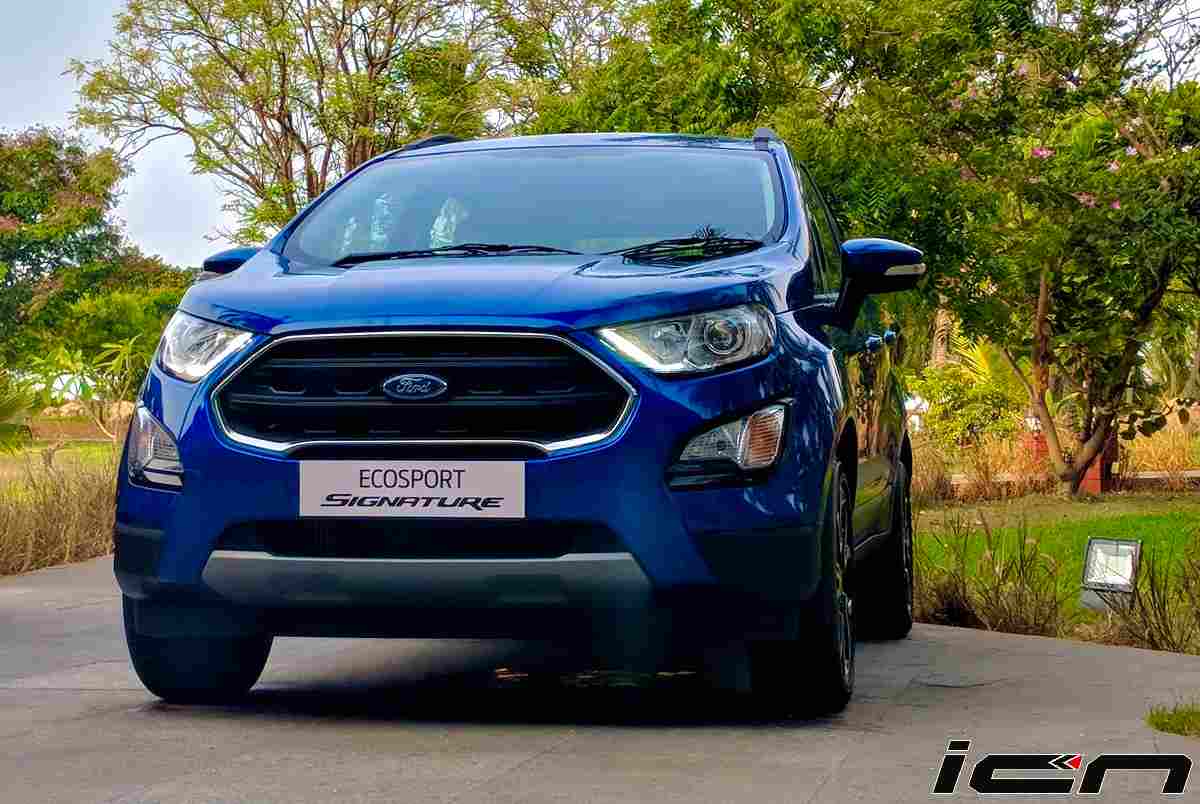 Ford India will roll out the BS6-compliant version of the EcoSport subcompact SUV in late January, 2020. The updated model will start arriving at dealerships in a couple of weeks. The carmaker has already scrapped the 1.0L EcoBoost petrol engine from the SUV lineup. The 2020 Ford EcoSport BS6 will come with the two powertrain options – a 1.5L TDCi diesel and a 1.5L Ti-VCT petrol.

In their BS4 form, the 1.5L diesel and petrol motors make a top power of 100bhp with 205Nm and 123bhp with 150Nm respectively. The 2020 Ford EcoSport BS6 will continue to come with the same 5-speed manual and the 6-speed torque convertor automatic transmission options. The carmaker might offer the petrol automatic combination at a later stage.

Reports suggest that the EcoSport’s EcoBoost petrol engine will be replaced with the Mahindra’s 1.2L turbocharged petrol motor that powers the XUV300. Besides the BS6-compliant engines, no other changes will be made to the 2020 Ford EcoSport.

The company is also working on the new-generation Ford EcoSport that’s likely to hit Indian shores sometime in 2021. We have already seen pictures of the SUV’s all-new model (Brazil-spec) revealing its exterior and interior details. Speculations are on rife that the India-spec 2021 Ford EcoSport could be offered with a 1.2L turbo petrol and a 1.5L turbo diesel engine option.