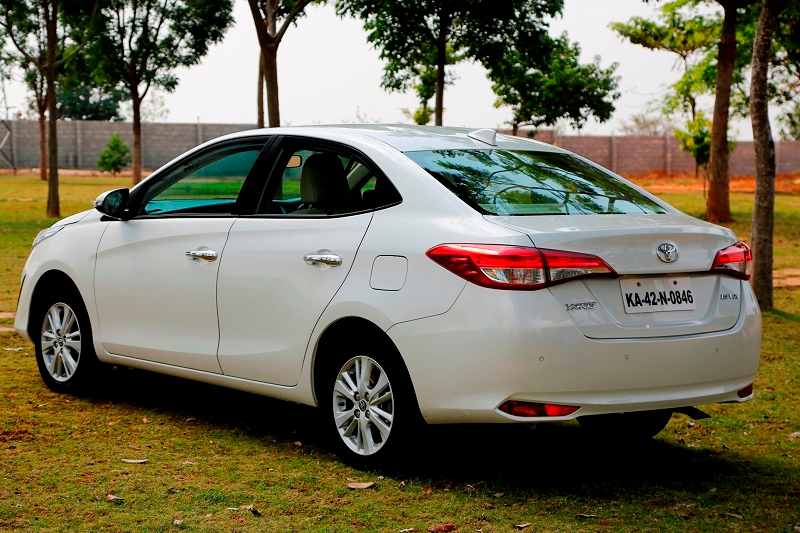 Toyota Yaris, the mid-size sedan from the Japanese carmaker, will receive feature upgrades in coming months. The sedan will receive a dual-tone roof and diamond-cut alloy wheels. The latter one could be exclusively offered on the fully-loaded V-Grade. The interior will also be updated with premium leatherette seats and enhanced rear seat comfort along with Android Auto and Apple CarPlay compatible infotainment system. Read – Toyota Diesel Cars Will Continue On Sell Post April 2020

No other changes will be made to the sedan. The 2019 Toyota Yaris will come with same 1.5L petrol engine that’s good for 106bhp and 140Nm. Transmission choices will include a 6-speed manual and a CVT unit. The Toyota Yaris offers several first-in-segment features including a 7-inch touchscreen infotainment system with gesture control, roof mounted air vents with ambient illumination and seven airbags as standard.

Launched in May 2018, the Toyota Yaris failed to fulfill the carmaker’s sales expectations. In the mid-size SUV space, it takes on the Maruti Suzuki Ciaz, Honda City and Hyundai Verna. The Japanese carmaker is planning to bring in the re-badged and re-engineered version of the Ciaz that will be put up against its own Yaris sedan.

Talking about Toyota and Suzuki alliance, both companies recently formed a capital alliance to establish and promote a long-term partnership between two for collaboration in fields like autonomous driving. Toyota will acquire 24,000,000 shares of common stock in Suzuki by underwriting the disposition of treasury shares by way of third-party allotment conducted by Suzuki.