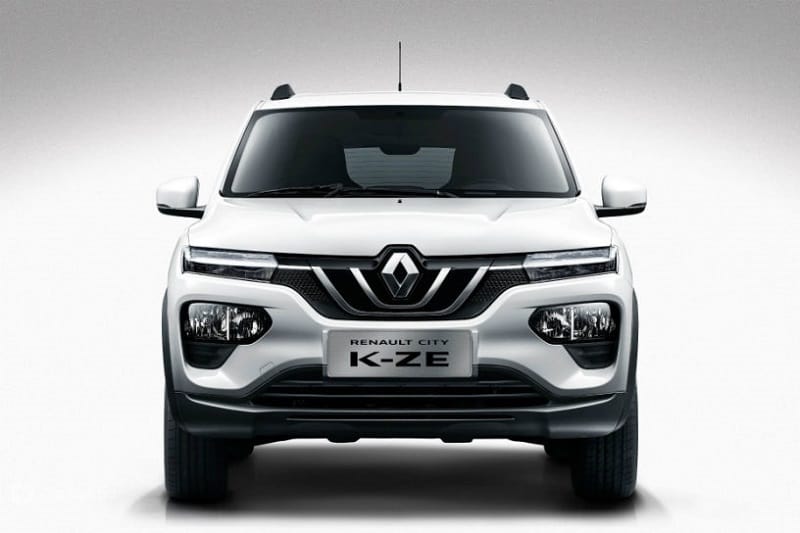 The electric version of the Renault Kwid hatchback has been launched in China as Renault City K-ZE. The EV was first previewed in its concept form last year, followed by its public debut at the 2019 Shanghai Motor Show.

Prices of the electric Renault City K-ZE start from 61,800 yuan (which is around Rs 6.22 lakh). The French carmaker will also bring in the Renault Kwid electric (Renault City K-ZE) in India sometime in 2022.

Design of the Renault City K-ZE is slightly different than the India-spec Kwid hatchback. Upfront, the electric version features a grille with U-shaped elements and split headlamps with LED DRLs. Save for the new taillamps and revised bumper with reflectors, the rear profile of the City K-ZE looks similar to the existing Kwid hatchback.

In India, the Renault Kwid is ready to get a mid-life update with subtle cosmetic and feature changes. The hatchback’s new model might share some of its design bits with the China-spec Renault City K-ZE such as the open grille and an exhaust pipe. Engine setup of the facelifted Kwid is likely to remain unchanged.

Talking about the Renault City K-ZE, the electric hatchback derives its power from a 26.9kWh lithium-ion battery pack coupled to an electric motor. The battery pack can be charged via both AC and DC fast charging system. It takes 4 hours to get fully charged from a 6.6kWh DC power source and half an hour to juice up from 0 to 80% via DC charger. Read – All-New Renault Sedan Confirmed For India

The electric motor pushes out a maximum power of 44PS and 125Nm of torque. The City K-ZE delivers a range of 271km, tested using the NEDC (New Eurpean Driving Cycle) cycle. It can attain a top speed of 105kmph. Similar to the India-spec Renault Kwid, the City K-ZE is based on the CMF-A platform.

Some of its key features include 4G WiFi connectivity, an 8-inch touchscreen infotainment system, manual AC unit with a PM2.5 air quality sensor, a reversing camera and a tyre pressure monitoring system.