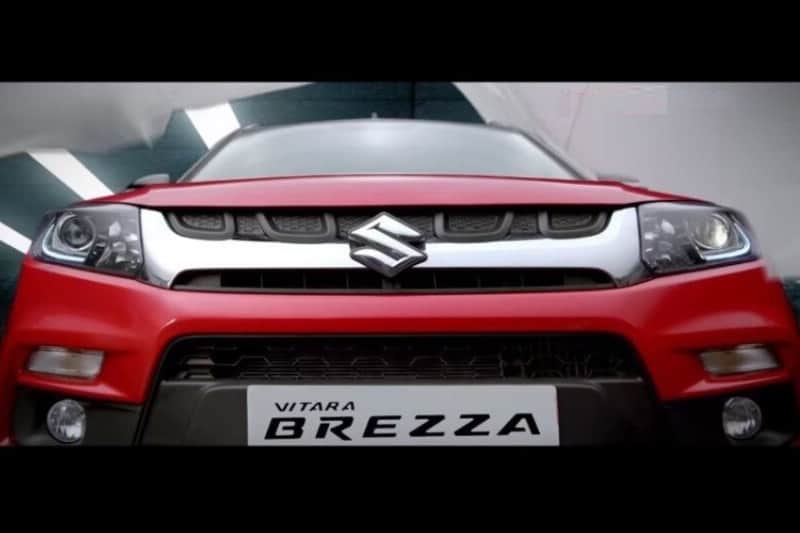 Maruti Suzuki will soon give the first mid-life update to its top-selling compact SUV – Vitara Brezza. The updated model will witness some significant mechanical changes along with a few design upgrades and new features. According a fresh media report, the 2019 Maruti Vitara Brezza facelift might get a sunroof and side airbags. Though, these could be reserved for the top-spec trim. Currently, the compact SUV comes with the standard dual airbags. Read – Maruti S-Presso Mini SUV Launch Details Revealed

Rumour also has it that the 2019 Maruti Vitara Brezza facelift will come with new and more powerful petrol and diesel engines. The petrol variants might get the new 1.2L DualJet unit with SHVS mild hybrid technology or a new 105bhp, 1.5L K15B SHVS motor. The updated version might also ditch the existing 1.3L DDiS engine for the new 1.5L DDiS mill that also does duty in the Ciaz sedan. Transmission on offer will be a 6-speed manual and AMT unit.

Maruti Suzuki will make minor styling update to the Vitara Brezza facelift. At the front end, the compact SUV might feature a revised bumper, a new grille, LED projector headlamps and an air intake scoop on the bonnet. Other changes might include new alloys, revised rear bumper and taillamps.

Official launch date and details of the Maruti Vitara Brezza facelift are yet to be revealed. Though, it’s reported to hit showrooms in coming months. With new powertrains, more features and subtle design changes, the 2019 Vitara Brezza will take on the newly-launched Hyundai Venue along with the Ford EcoSport and Tata Nexon.