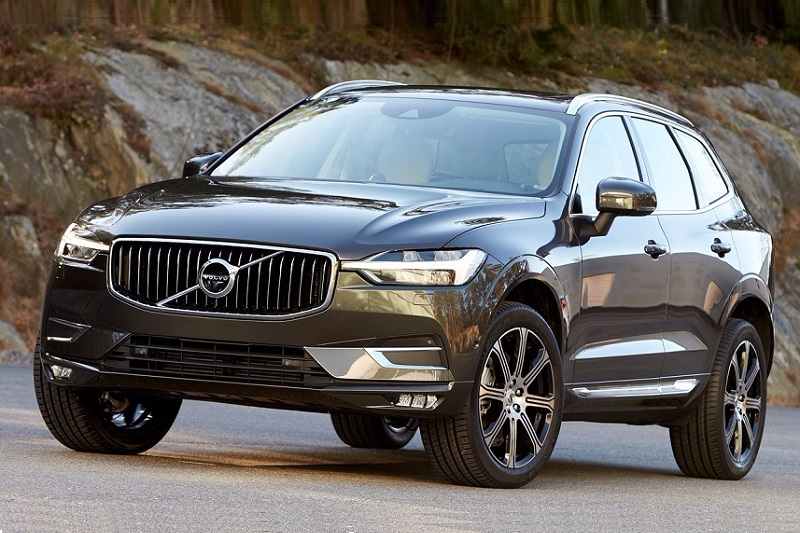 Priced at Rs 55.90 lakh, the new 2018 Volvo XC60 is based on the company’s large Scalable Product Architecture platform.

Volvo India has finally launched the new generation 2018 Volvo XC60 in the country. First previewed at the 2017 Geneva Motor Show, the new XC60 SUV is being offered in the fully-loaded Inscription trim priced at Rs 55.90 lakh (ex-showroom, Delhi). At this price point, it will continue to compete against the Land Rover Discovery Sport, Audi Q5, Mercedes GLC and BMW X3. After the XC90 SUV and S90 sedan, the new Volvo XC60 is the third product from the Swedish automaker to be based on the Scalable Product Architecture (SPA) platform.

The Swedish luxury carmaker’s popular mid-size SUV – XC60 – has entered into its second generation. Revered for its phenomenal looks, the new Volvo XC60 gets changes in line with the new XC90. Powering the SUV is the 233bhp, 2.0-litre D5 with PowerPulse technology diesel engine. Just so you know, the XC60 is Volvo’s first mid-range 60 series models that accounts for almost 30 per cent of its sales in the global market.

The Volvo XC60 has overtaken the Toyota Camry and the BMW 5-Series to become the 2018 Japan Car of the Year. The Swedish crossover was 52 and 62 votes ahead of the 5-Series and Camry respectively. 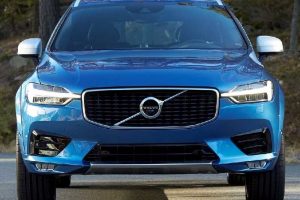 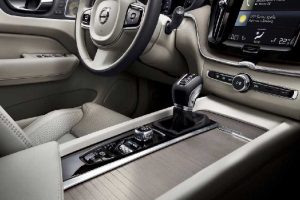 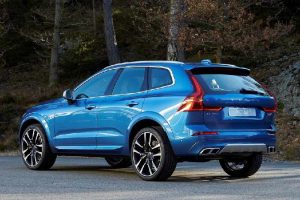 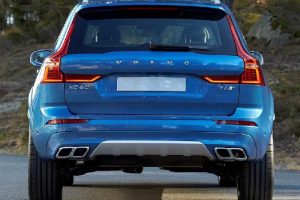 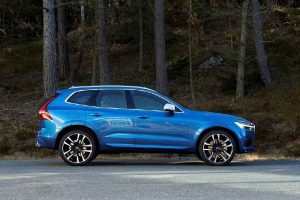 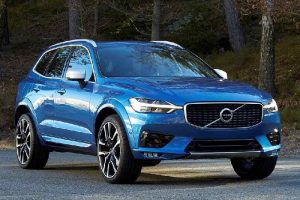 In the Indian market, the company has introduced the fully-loaded Inscription trim of the SUV. This single variant of the car is made available at Rs 55.90 lakh (ex-showroom, Delhi). The luxury SUV is being manufactured at the carmaker’s production facility in Sweden. Read – New Volvo XC40 Coming This Year

Built on Volvo’s large Scalable Product Architecture (SPA), the new XC60 appears more premium and refreshing than the previous model. This platform has already been used in the company’s flagship SUV – Volvo XC90. This new architecture allows altering dimensions of the SUV, thus making it 44mm longer and 11mm wider than the old one. Furthermore, it makes the car lighter, stiffer and stronger than before. While the overall height (14mm) has been reduced giving it a sportier stance, the ground clearance has been increased for improving its drivability.

Most of the design elements of the XC60 have been borrowed from the XC90. At the front end, the SUV features Thor’s hammer inspired headlamps new LED daytime running lamps, large signature grille and angular tail lamp. The pronounced ridge running from just above the rear door handles backwards enhance its sporty appearance. The doors have a heavily sculpted lower section. The SUV comes in a choice of four exterior colour schemes – Crystal White Pearl, Havana Brown, Black Max and Pine Grey. 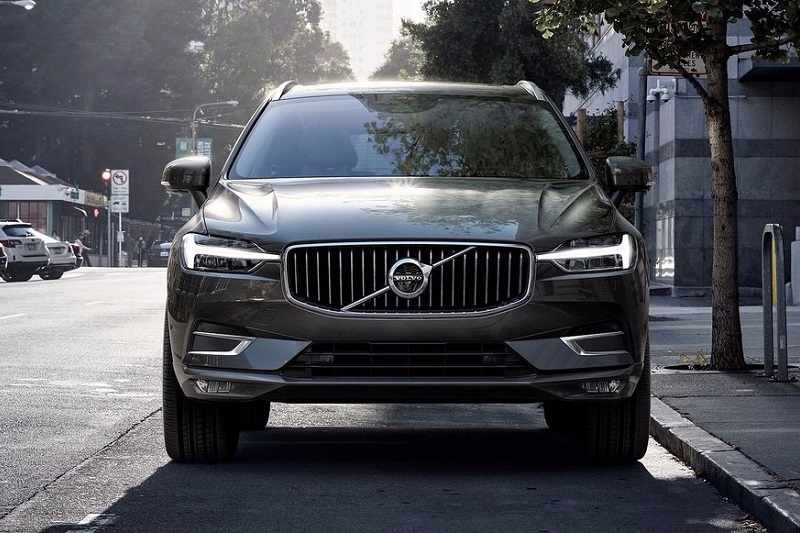 In terms of dimensions, the new XC60 measures 4,644mm in length, 1,891mm in width and 1,713mm in height with a wheelbase of 2,774mm. The SUV stands tall on a ground clearance of 230mm making it more sufficient to tackle rough Indian roads.

The 2018 XC60 sits lower than the previous model, though it features a considerable larger wheelbase. That means, the new model has more generous cabin space to offer. The SUV comes in 3 interior trim options – Blond, Amber and Maroon Brown. Some of its features have been borrowed from its elder sibling – XC90 including the four-zone climate control. The range-topping Inscription features the hand-finished ‘drift wood’ interior inlays. There is diamond-cut rotary control knobs placed in the middle of the air vents. The SUV also gets a 9-inch Sensus touchscreen with Smartphone integration including Apple CarPlay and Android Auto. It also supports voice activated control system. 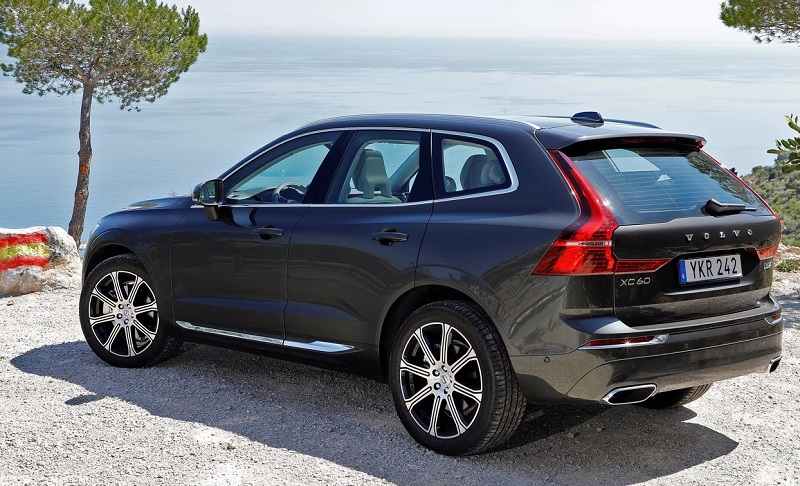 In India, the new XC60 has been offered with a 2.0-litre, 4-cylinder twin-turbo diesel engine combined to an 8-speed Geartronic automatic transmission and all-wheel drive (AWD) system. This oil burner is capable of producing a maximum power output of 233bhp at 4,000rpm along with a peak torque of 480Nm between 1,750 to 2250rpm. For the record, Volvo claims that the new XC60 can do 0-100kmph in just 7.2 seconds. It offers a top speed of 220kmph. The SUV offers five drive modes – Comfort, Dynamic, Eco, Off Road and Individual.

Globally, the SUV comes with five engine options – 2 petrol, 2 diesel and one plug-in hybrid. The petrol versions includes the 250bhp T5 petrol and 35bhp T6 petrol, while the diesel options include 187bhp D4 and 231bhp D5 with PowerPulse technology. It also gets 401bhp T8 twin engine petrol plug-in hybrid powertrain, which could also make its way to Indian market on later stage.

The new model shares its 235bhp, 2.0-litre diesel engine with the XC90. The latter one delivers an ARAI certified fuel economy of 17.2kmpl. Therefore, the mileage figure for the 2018 XC60 remains same.

The new XC60 is the company’s second product to be based on Volvo’s SPA platform. In India, the 2018 Volvo XC60 will take head-to-head against the Mercedes-Benz GLE, Audi Q5, BMW X3 and the Jaguar F-Pace.