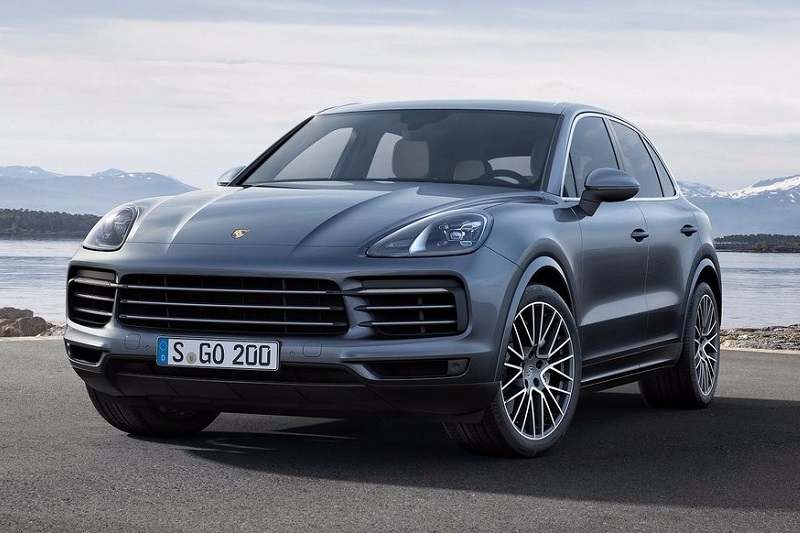 – The Standard and E-Hybrid models of the SUV will hit showrooms later this year.

New 2018 Porsche Cayenne Turbo has been launched in the Indian market at Rs 1.92 crore (ex-showroom, Pan India). Official bookings for the performance-oriented SUV have already been commenced across the nation. Though, its deliveries will begin in June 2018. The standard Cayenne and the E-Hybrid variants will hit showrooms later this year.

First unveiled in Stuttgart last year, the third-generation Cayenne is claimed to be a completely new development and it will offer a combination of more power and practicality. The 2018 Porsche Cayenne gets new chassis system and a faster and more powerful engine enhancing its on-and-off-road capabilities. Design of the SUV is heavily inspired by the iconic 911 sports car. Check Out – ‘Dark Knight’ Batmobile Made From Porsche 911 Turbo S Picture Gallery 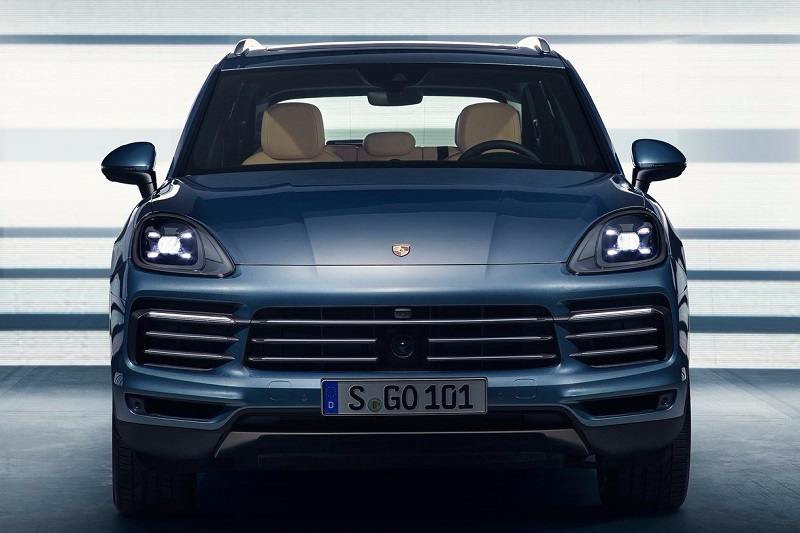 Bookings for the new Cayenne Turbo variant have been opened in the country, while its deliveries are scheduled to begin in June 2018. The carmaker has also confirmed that its Standard and E-Hybrid versions will be launched later this year. Just so you know, the Cayenne is the second largest selling Porsche in the global markets, and the company’s top selling product in India. Read About – New Porsche Panamera Turbo

In the luxury SUV space, the new Cayenne will continue face challenge from cars like Mercedes-Benz GLE, BMW X5, Audi Q7, Range Rover Sport and Jaguar F-Pace. The 2018 Cayenne Turbo has been priced at Rs 1.92 crore (ex-showroom, Pan India). Prices of the Cayenne Standard and Cayenne E-Hybrid will be revealed in late 2018. 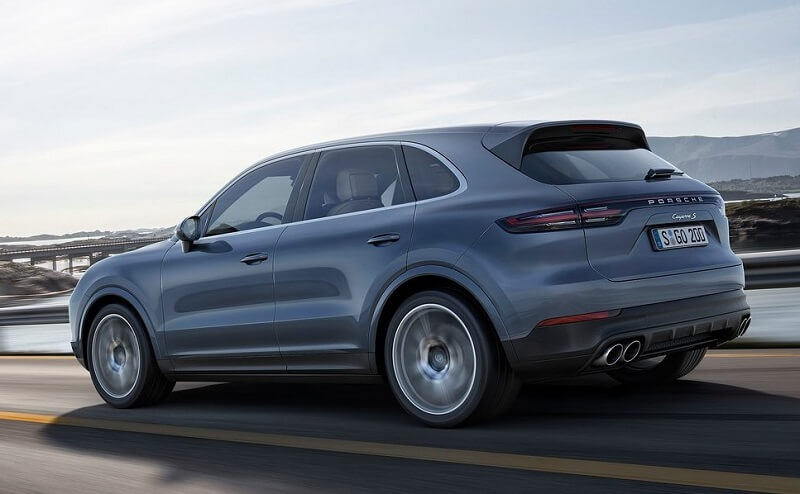 At the heart of the new Cayenne Turbo is a 4.0-litre V8 turbocharged engine that ensures a lower centre of gravity and higher cornering precision. This new motor is more powerful (up to 30bhp) and faster than the old unit. It delivers power worth 550bhp against 770Nm of torque. The SUV can mark 0-100kmph in just 4.1 seconds and offers a top speed of 286kmph. The A new 8-speed Tiptronic S automatic gearbox is standard across the carline.

On the other hand, the 2018 Cayenne S will make use of a more powerful 2.9-litre twin-turbo V6 engine that’s good enough for 440bhp and 549Nm of torque. It can accelerate 0-100kmph in 5.2 seconds, while maintaining a top speed of 265kmph. This will make it over 6.4kmph faster than the current model. 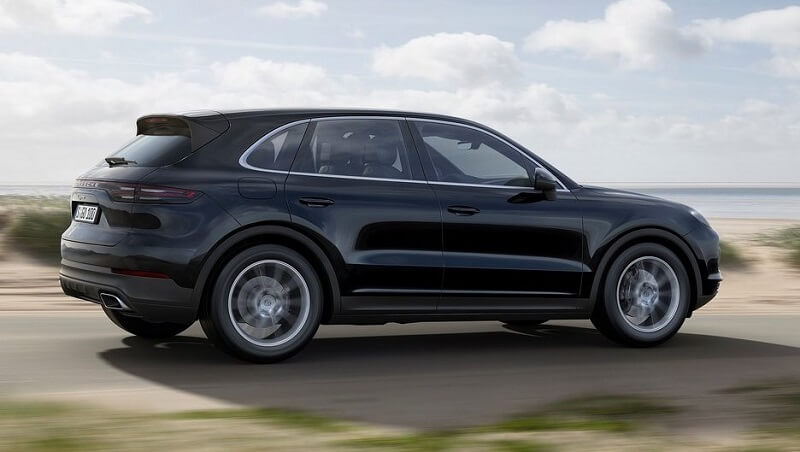 The third-generation Porsche Cayenne has been designed on a newly-developed lighter chassis, and that’s the reason it has shredded weight up to 64kgs. The SUV retains original design, though it gets several new styling elements including new horizontal and wider headlamps with air intakes at the front fascia. The car gets staggered tyres with size range of 19 to 21 inches that aid to its overall driving dynamics. For the first time, Porsche has introduced different link design for the front axle and the multilink rear axle on the SUV. Read: Porsche Macan R4 – All You Need To Know

The rear profile is accentuated by a new three-dimensional LED light design featuring signature ‘Porsche’ badge. Both the variants of the SUV get LEDs as standard fitment, while the LED Matrix Beam headlights with Porsche Dynamic Light System (PLDS) are optional.

Compared to the current generation, the interior of the new 2018 Cayenne is more feature-laden. One of the major changes comes in the form of the new Porsche Communication Management (PCM) infotainment system with a 12.3-inch full-HD touchscreen that we have already seen in the new Panamera. One can easily access other control buttons that are integrated into the glass-look touch surface. 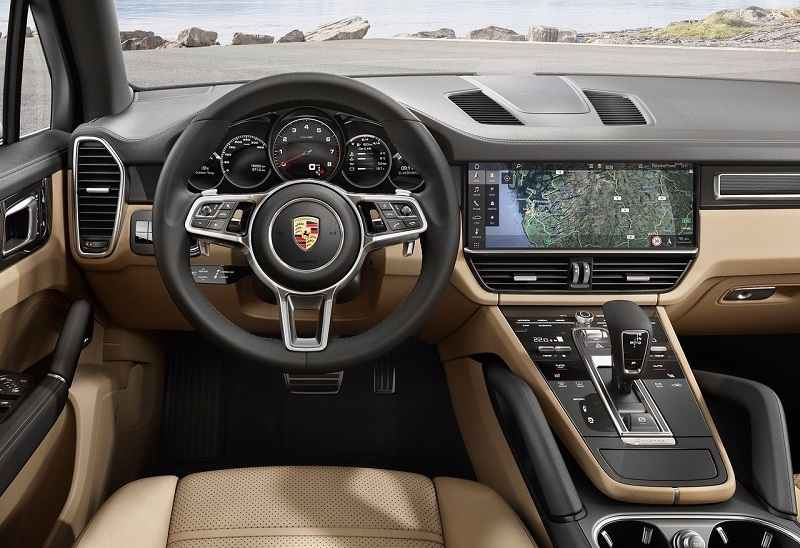 Interestingly, the new Cayenne features an optional Porsche Surface Coated Brake (PSCB) technology that includes a cast-iron disc with a tungsten-carbide coating. This special finish not only increases friction values, but reduces wears and brake dust as well. One must note that the PSCB system will be available with only on the high-spec variant with a combination of 20-inch and 21-inch wheels.

Compared to the previous, the new 2018 Porsche Cayenne is more powerful, faster and lighter. The new-gen model comes with a pack of advanced technology and mechanism.