– The SUV will underpin a new platform and use a new petrol engine.

Mahindra Thar is an iconic off-roader, and 4×4 enthusiasts across India swear by it. Now, the good new is that Mahindra & Mahindra is working on the new-generation model of this popular utility vehicle. According to a fresh report, new Mahindra Thar 2018 will underpin a new platform that will also be used in the next-generation Scorpio. The new architecture will comply the upcoming Bharat New Vehicle Safety Assessment Program (BNVSAP). Besides this, the SUV will make use of a BSVI compliant engine. Carrying an all-new design, the 2018 Mahindra Thar will surely be a lot better product than the current one. Read – This Will Be Mahindra’s Answer To Toyota Fortuner

Ever since its launch in 2010, the Thar is admired by enthusiasts all over the country. This iconic 4X4 has been favoured for its robust body-built and excellent off-road capabilities. The company introduced a mid-life facelift of the vehicle in 2015. The facelifted model witnessed minor cosmetic and mechanical upgrades.

India’s one of the most popular off-roader, the Mahindra Thar is all set for a generation change in the country. While the home-grown carmaker remains tight lipped about its launch and development, a latest report claims that it will see a release sometime next year. Based on an all-new platform, the 2018 Mahindra Thar will be a global product that will also be launched in several international, markets such as New Zealand and Australia. Check Out – New Mahindra Compact SUV – Launch & Other Details

The new-generation Thar will mark debut of a new platform that will also underpin the company’s future products. Compared to the current generation, the 2018 Mahindra Thar will be more efficient, safer and slightly bigger. Exterior styling and feature-level will also be better than the existing model. Prices of the SUV’s new-generation model are likely to start from Rs 6.50 lakh for the base model and go up to Rs 9.50 lakh for the high-end variant. Currently, the Thar is available in three trims – 2WD, 4WD and CRDe – priced at Rs 6.47 lakh, Rs 6.98 lakh and Rs 9.10 lakh (all, ex-showroom Delhi). Check Out – Upcoming Mahindra Cars In India 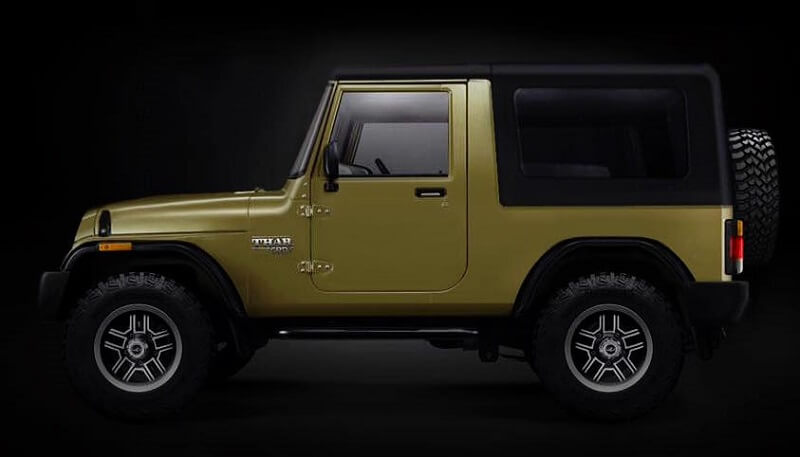 The new Thar might continue to export in global markets. That’s why, there is possibility Mahindra might introduce a new petrol engine on the vehicle along with one or more diesel variants. Mahindra and SsangYong are jointly working on a new 1.5-litre petrol engine that will also be used on Mahindra’s upcoming sub-compact SUV. With new powertrain and platform, the 2018 Mahindra Thar could be better in terms of performance, handling and fuel efficiency. However, the engine details of the SUV are yet to be confirmed by the carmaker. Currently, the vehicle comes with two diesel powertrains – a 2.6-litre MDI and a 2.5-litre TCI-CRDe – churning out power worth 63bhp against 183Nm and 105bhp with 247Nm respectively. Read – Mahindra U321 MPV To Challenge Toyota Innova Crysta

Since the new-gen Thar is yet to enter in development phase, we have scanty design details. Though, Mahindra might use design resources from Pininfarina and SsangYong. Dr Goenka, said, “For every vehicle that Mahindra develops, we will seek three proposals for its design. One each from Ssangyong, Pininfarina and our team.” As mentioned above, the 2018 Mahindra Thar will be designed on a new platform that will make it compatible to the upcoming safety norms. Furthermore, the new platform will also be compatible to petrol and electric powertrains.  The carmaker will use the new architecture for the new-gen Scorpio. Some of its key updates might include revised front and rear bumpers, bolder side creases, new taillamps, etc. Read – Mahindra Aero Coupe SUV – Pictures & Launch Details

The home-grown SUV maker might introduce some advanced connectivity features on the 2018 Mahindra Thar such as Android Auto and Apple CarPlay supported infotainment system and wireless mobile charging and memory seats. It might also see intelligent and assisted driving technologies. The new Thar might share some its features with the new-gen Scorpio such as gear knob, steering wheel and switchgear. Read: 2018 Mahindra XUV500 – Price & Details

Features such as 2-DIN music system, air conditioner with heater, multi-directional AC vents, etc. will be carried over from the current model. The new platform will make the SUV complaint to upcoming safety norms. Unlike the current model that misses out the some important safety equipment, the 2018 Mahindra Thar will get airbags and ABS (anti-lock braking system).