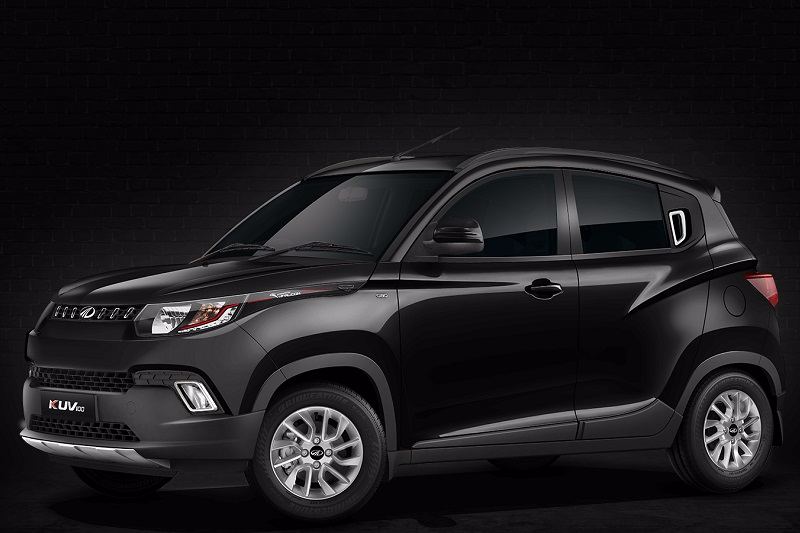 Likely to be launched by the end of this year, the 2018 Mahindra KUV100 facelift will get a cleaner design.

Mahindra & Mahindra, the homegrown UV maker is all set to give facelifts to its existing range of SUVs. The company will introduce the updated XUV500 and the refreshed Scorpio towards the end of this year. Mahindra is also planning to give a mid-life facelift to its smallest SUV – KUV100. The 2018 Mahindra KUV100 facelift has been spotted testing for the first time in India. If reports are to be believed, the small SUV could be launched towards the end of this year or early next year.

This time, Mahindra is aiming to improve the overall styling of the KUV100 with the facelift. Instead of the quirky design that failed to impress Indian buyers, the facelifted model will have a cleaner design and a revised tailgate. Going by the pictures, it is visible that the small car will get revised front fascia with new bumper, air intakes and fog lamp assembly. It also has bigger chrome slats on the grile, while the restyled headlamps now stretched towards the LED daytime running lamps. The rear will also get revised bumper and new taillamp. The toned down wheel arches will be fitted to newly styled 15-inch alloy wheels. The cabin is also expected to receive several changes in the form of material quality and features.

Positioned below the Mahindra TUV300, the mini SUV is developed on a monocoque chassis. This small car directly rivals the Maruti Ignis and other B-segment hatchbacks including Hyundai Grand i10 and Maruti Swift. Mechanically, the KUV100 will continue to feature the same 1.2-litre mFalcon G80 petrol and 1.2-litre mFalcon D75 diesel engines. A five-speed manual gearbox will come as standard, while an AMT option could also be on offer. 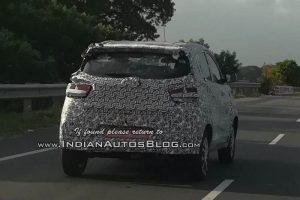 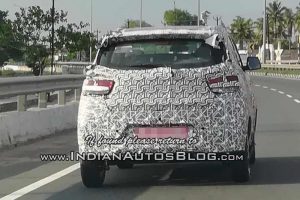 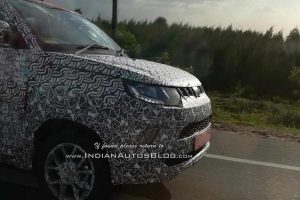 The homegrown automaker is yet to make an official announcement, but media reports suggest that the vehicle could be launched towards the end of this year. The testing of the updated model has already been started on Indian roads and it is likely to take another 6 months to hit showrooms. We expect that Mahindra could launch the updated KUV100 early next year, possibly at Auto Expo 2018. Read More – Upcoming Mahindra Cars In India

The updated KUV100 will continue to feature all-new mFalcon G80 and F75 petrol and diesel engine. The gasoline version of the car is propelled by a 1.2-litre mFalcon G80 engine that churns out a maximum power output of 82bhp and a peak torque of 114Nm. This is also the first petrol engine that has been developed by Mahindra. The oil burner is a .2-litre mFalcon D75 turbocharged unit. This engine is good for 77bhp and 190Nm of torque. Power will be transmitted to the front wheels via a 5-speed manual gearbox. The company could also introduce the automatic version of the car.

The updated KUV100 will feature the existing petrol and diesel engines, which are highly fuel efficient. While the petrol model is claimed to deliver 18.23kmpl, the diesel variant returns 25.32kmpl.

The homegrown automaker is planning to give the updated KUV100 with a cleaner design. The current model has lots of creases and quirky styling, which failed to impress customers. Going by the spy images, the KUV100 model is equipped with a revised front fascia with new bumper. It also gets restyled air intakes and fog lamp enclosure. There are new, bigger chrome braces in the grille, while the headlamps are now stretched till the end of the LED daytime running lamps.

At the back, the bumper has been tweaked with toned down creases. The revised wheel arches will be fitted to newly styled 15-inch alloy wheels, while the taillamps are expected to get new graphics. The cabin is also expected to get new features and better quality material.