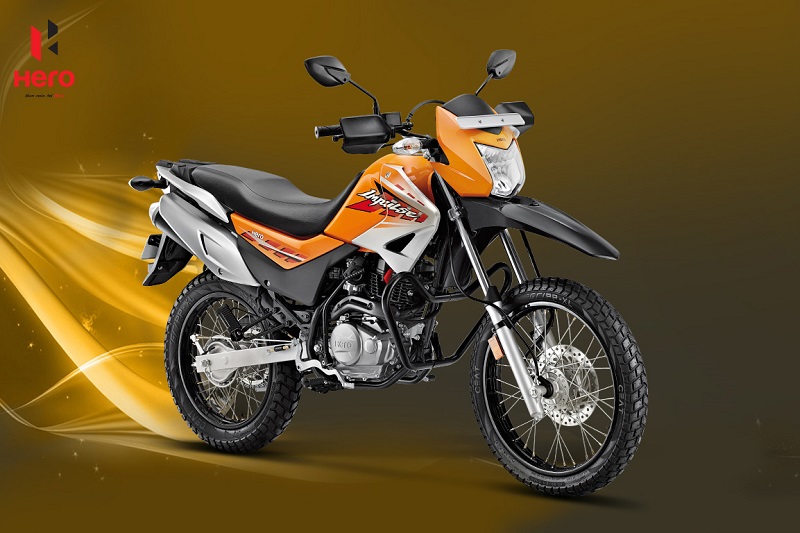 Scheduled to be launched in 2018, the new Hero Impulse 200cc dual-purpose motorcycle could be unveiled at Auto Expo 2018.

Hero MotoCorp, the world’s largest two-wheeler maker has confirmed that it will launch an all-new 200cc off-roader motorcycle in India in 2018. If reports are to be believed, the new motorcycle could be called 2018 Hero Impulse 200. The homegrown automaker had introduced the Impulse 150 in 2013, which was eventually phased out owing to its slow sales. Despite being one of the finest in its league, this motorcycle failed to live up to the company’s expectation. Seeing the growing demand for dual-purpose bikes, Hero is now aiming to re-enter into this segment with an affordable 200cc motorcycle.

Besides new Hero Impulse, Hero MotoCorp will also launch the long-awaited Hero Xtreme 200cc motorcycle. While the naked streetfighter will be launched in early 2018, the off-roader will go on sale in the second half of the next year. It is expected that the dual-purpose motorcycle will share its mechanics with the Xtreme 200S. This motorcycle is powered by a 200cc, 4-stroke, single-cylinder air-cooled engine that is capable of producing 18.5bhp and 17.2Nm. Power will be transmitted to the front wheels via a five-speed gearbox.

In order to meet needs of dual-purpose motorcycles, Hero could tune this engine to offer higher torque. This motorcycle is expected to share features with the naked sibling. It is likely to get LED headlights, LED daytime running lamps and turn indicators, LED taillights and digital instrument console. ABS system could be offered as optional. Also Read – Upcoming Hero Bikes & Scooters In India

Hero MotoCorp is yet to reveal the exact launch date of the bike, but it is confirmed that the bike could be launched in the second half of 2018. It is expected that the new off-roader will be unveiled at the 2018 Delhi Auto Expo in February.

With high-level of local components, the Impulse 200cc off-roader will be priced aggressively. We believe that this motorcycle could be priced in the range of Rs 1 lakh and Rs 1.25 lakh.

The Impulse 200 is expected to share its engine specs from the Xtreme 200S naked streetfighter. It is powered by an all-new 200cc, 4-stroke, single-cylinder, air-cooled engine. Paired to a five-speed gearbox, this engine is capable of producing 18.5bhp of power at 8,500rpm and 17.2Nm of torque at 6,000rpm. Hero MotoCorp is likely to tune this engine to meet the needs of an off-roader. Braking duties are likely to be performed by front and rear discs. The Impulse 200 could also feature an optional ABS (Anti-Lock Braking System). Also Read – Hero Bikes & Scooters at Auto Expo 2018

Hero MotoCorp will be aiming at high fuel efficiency to cater to the larger audience. We believe that this motorcycle could return around 40-45kmpl.