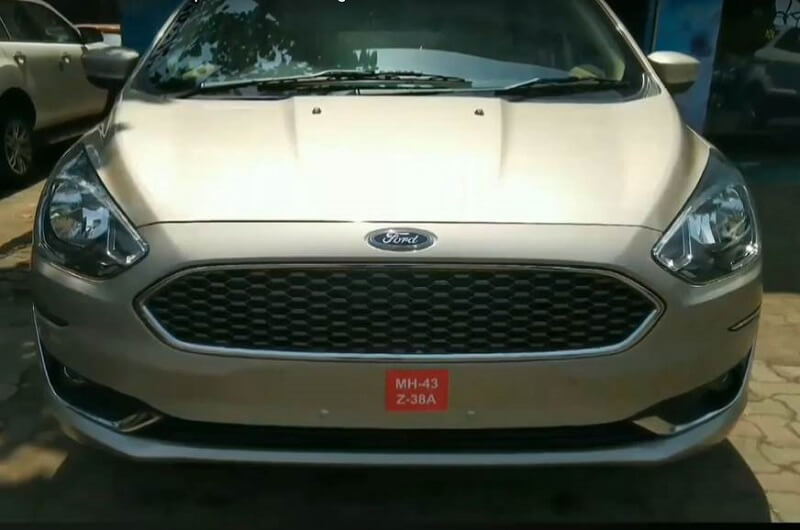 American automaker, Ford will launch the 2018 Aspire facelift in India on October 4, 2018. The Ford Aspire facelift has already been spotted testing multiple times and this time, clear images of the sedan have hit the internet. The pictures suggest that the sedan shares design cues from the Freestyle cross-hatch, which was launched in April 2018.

Upfront is Ford’s signature grille, which is again similar to the Freestyle, with chrome surround and revised fog lamp housings. The headlight design is same, but it now has blacked-out effect. It still misses out on LED daytime running lights. The front bumper has also been re-profiled and it now looks aggressive. The side profile is largely identical to the previous model, except for the new set of 15-inch alloys shod with 195/55 R15 tyres.

Inside the cabin, the 2018 Ford Aspire gets new dashboard which is in-line with Freestyle’s. It gets a new 6.5-inch touchscreen display with Ford’s new SYNC3 infotainment system, which will be compatible with Android Auto and Apple CarPlay. The sedan also gets a push-button start, two USB ports, multi-functional steering wheel and an automatic climate control unit. However, it misses out on rear AC vents. Like the current model, the upcoming Aspire’s top-end model will have six airbags and ABS with EBD.

The 2018 Ford Aspire will be powered by a new 1.2-litre, 3-cylinder petrol engine, which was first introduced in the Freestyle. This all-aluminium gasoline motor churns out best-in-class 94bhp of power and 120Nm of torque. A five-speed manual gearbox will come as standard, while a new automatic gearbox could be on offer. The diesel version will use the same 1.5-litre unit that offers 99bhp and 215Nm of torque. This engine will also be mated to a 5-speed manual gearbox, which sends the power to the front wheels. No automatic with diesel on offer. 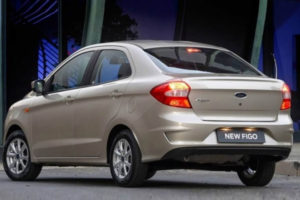 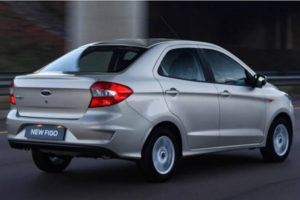 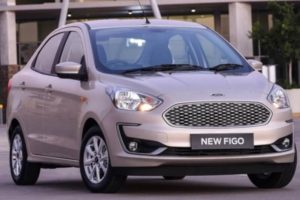