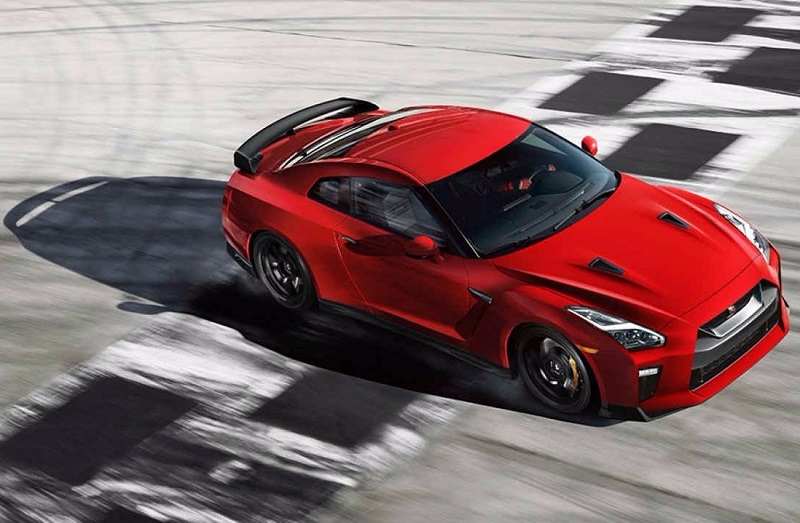 December 2, 2016 – Nissan India has finally introduced the latest iteration of its iconic Godzilla in the presence of John Abrahan in Mumbai. Priced at Rs 1.99 crore (ex-showroom, Mumbai), the 2017 Nissan GT-R comes with multiple cosmetic upgrades and a more powerful engine. One can pre-book the 2017 Nissan GT-R by paying an initial sum of Rs 25 lakh.

Just so you know, the first model of the GT-R has been delivered to John Abrahan. Nissan India has roped in the Bollywood actor as its brand ambassdor for its product lineup. The 2017 Nissan GT-R was first unveiled at the 2016 New York International Auto Show in March. Though the company kept updating the product at regular intervals, the new GTR is claimed to have received the major changes since its introduction in 2007. 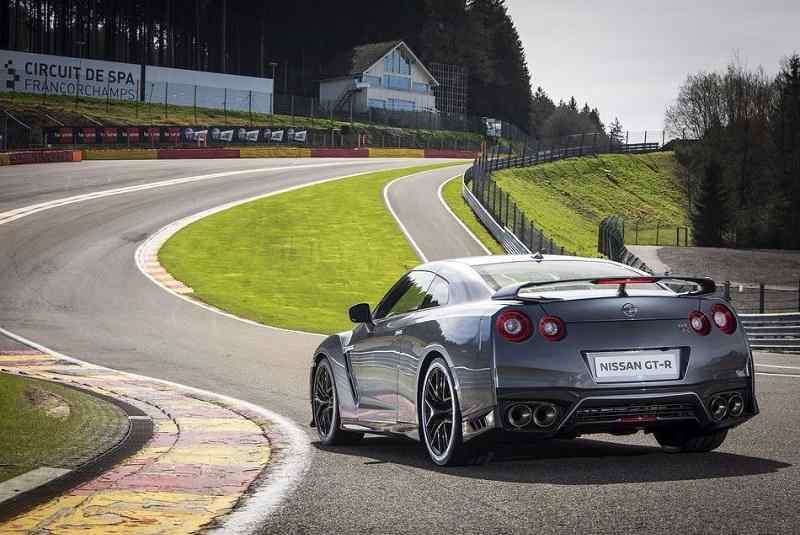 Guillaume Sicard, President, Nissan India Operations, said, “The 2017 GT-R will bring more excitement to the Nissan range in India. GT-R represents the pinnacle of Nissan’s driving performance and this latest model has become even more powerful and luxurious. We are proud to offer this legendary sports car to Indian performance car enthusiasts.” Also Read: Nissan-owned Datsun to Launch this Compact SUV in India

The new GTR, that comes to India as completely built up (CBU) unit, is priced Rs 1.99 crore (ex-showroom, Mumbai). Also Read – Nissan Terrano AMT – All You Need to Know

At the heart of the Nissan GT-R is a 3.8-litre, V6, 24-valve engine boosted with two turbochargers. This powertrain, with a 6-speed dual-clutch transmission, churns out a massive 565bhp at 6800rpm and 637Nm at 3300-5800rpm. The vehicle’s gearbox too has been tuned that helps it swap cogs more silently and smoothly than before. This sportscar is capable to achieve 100kmph from standstill in less than 3 seconds. It can attain a top-speed of 197mph (317kmph). The new model’s stiffer body shell and new suspension give it sharper and better cornering abilities.

While the overall shape of the new GTR remains largely identical to the discontinued model, it gets some upgrades both inside and out. Exterior updates include a redesigned bonnet, new bumper with finishers below the headlamps and newly designed front spoiler lip. Though, the most significant comes in the form of the new V-motion grille in matte-finish. The new grille has been enlarged to offer better engine cooling. All the aforementioned changes give the GT-R the look of a proper racecar, while offering better front down-force. 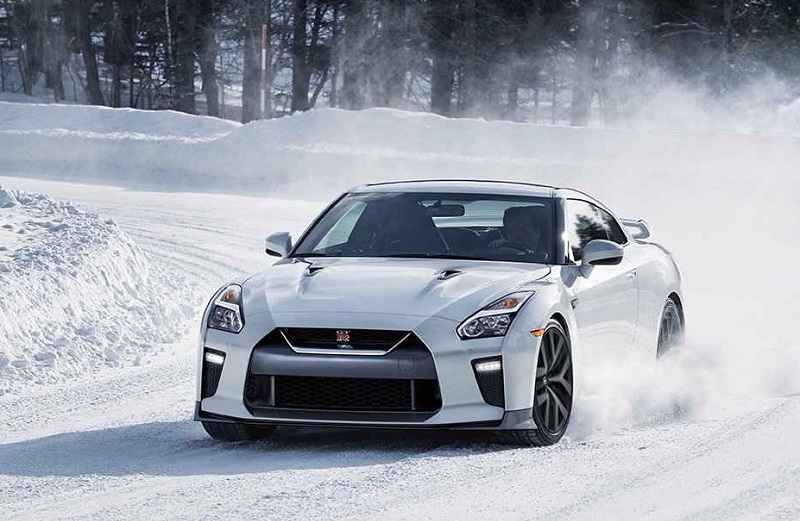 The 2017 GTR’s side profile is the typical GT-R, though the sills have been pushed out that also improves air flow. The vehicle’s rear, too, looks refreshing with some upgrades. Though the four-ring tail-lamps are the same that we have already seen on previous models, it gets new bodywork improving its air flow. The car also features a redesigned rear bumper and side air vents placed right next to the new Titanium exhaust tips.

Interior of the 2017 GTR looks a lot more contemporary than before, thanks to its design updates and new features. The dashboard and instrument panel are new and covered in leather. The car gets a new 8-inch touchscreen that can be operated through a new controller given on the centre console. 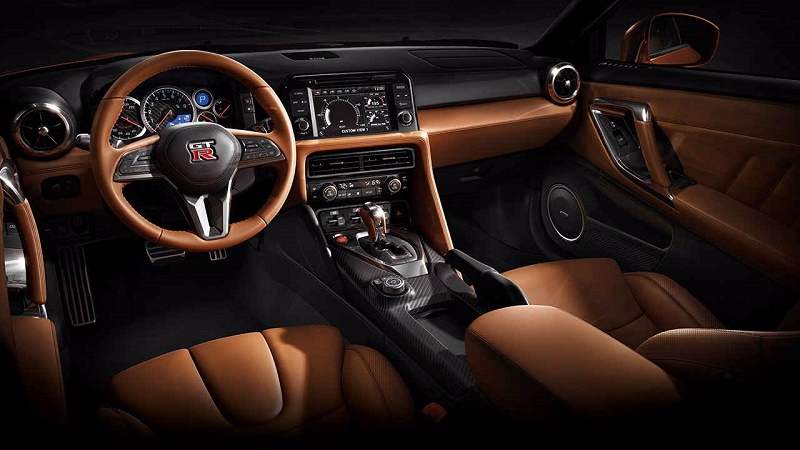 Ditching the old GT-R’s circular air vents, the new model gets horizontal vents placed below the new touchscreen. The most important change, however, is the new steering wheel with paddle shift.