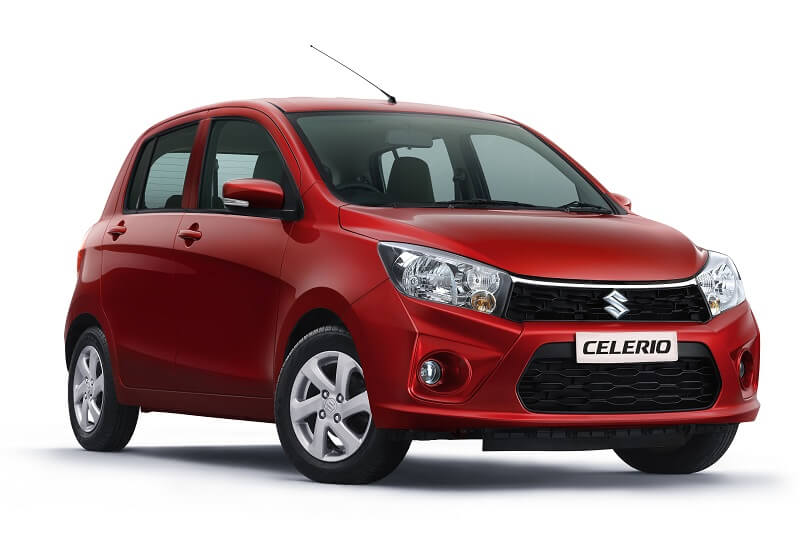 With subtle cosmetic upgrades, the 2017 Maruti Suzuki Celerio facelift is around Rs 10,000 costlier than the previous model

With an aim to achieve double digit growth this fiscal, Maruti Suzuki India is getting aggressive with its product strategies and plans. The company has launched the first facelift of its highly popular hatchback – Celerio – in the country. The new Maruti Celerio 2017 has already reached the dealership yard for customer previews. Bookings for the car have also opened at a token amount of Rs 10,000. The new model costs slightly higher than the pre-facelift model. While the base variant is priced at Rs 4.15 lakh, the top-end model is tagged at Rs 5.26 lakh (all the prices are ex-showroom, Delhi). Not just the facelift, the Indo-Japanese carmaker will soon launch a pseudo SUV version of the hatchback, called Celerio X. This cross model will rival the Renault Kwid Climber and Tata Tiago.

The Maruti Celerio facelift comes with subtle cosmetic upgrades inside and out. While the original design and dimensions of the car remains intact, it receives contemporary styling changes. Most of the cosmetic changes are offered on the front fascia of the car. Wearing a new grille, a slightly revised bumper and sharper headlamps, the hatchback looks refreshing than the current model. Accentuating the side profile is the new pair of alloy wheels, thus making it look sportier. Rear profile is very similar to the previous car, though there are small changes to keep things fresh in the market. Interior also get minor upgrades in the form of new comfort and safety features. The Maruti Celerio 2017 facelift gets a dual-tone black and greige finish dashboard, new greige upholstery for seats, silver accents and a new design for the door trim. For passengers’ safety and security, the Celerio facelift gets driver side airbag and a driver’s side seat belt warning features as standard. Dual front airbags and ABS (Anti-Lock Braking System) comes as optional across variants.

Mechanically, the 2017 Maruti Suzuki Celerio is similar to the current model. That said, it continue to feature the existing 1.0-litre K10B petrol engine and the 59bhp, CNG unit.  The gasoline engine churns out 67bhp of power as against 90NM of torque. There is no diesel on offer. As a reminder, Maruti had launched the Celerio diesel, equipped with 793cc twin-cylinder diesel engine, in 2015, but it was discontinued due to sluggish demand. Transmission duties are carried out by the same 5-speed manual and AGS gearbox. In global markets, the Celerio is also available with an optional CVT gearbox. The hatchback is claimed to deliver an ARAI certified fuel economy of 23kmpl in petrol and 32km/kg for CNG version.

First previewed at the 2014 Delhi Auto Expo, the Maruti Suzuki Celerio was the first Maruti car to receive an AMT aka Automated Gear Shift Technology (ASG) in the country. Since its launch, the hatchback has been garnering volume for the Indo-Japanese carmaker in India. Attributes that have worked in its favour are its compact design, efficient engine setup, practicality and of-course the affordable pricing. The hatchback crossed 1 lakh sales milestone in July 2015, and is still keeping up the sales momentum. However, the new arrivals such as Tata Tiago and Renault Kwid 1000cc have steamed up the competition in the A-segment. Read – Maruti Suzuki Grand Vitara Global SUV Might Come To India

The previous generation model was available in a total of 14 variants with petrol and CNG engine paired to a manual or AGS gearbox. The vehicle was priced in the range of Rs 4.05 lakh and Rs 5.24 lakh (ex-Delhi). With added features and slightly revised styling, the new Celerio costs slightly higher than the previous model. The Celerio facelift is available in 12 variants with petrol and CNG engine. The petrol version of the car is priced between Rs 4.15 lakh and Rs 5.34 lakh. The CNG kit is only available on the single VXi trim with two versions – standard and optional. While the standard model is tagged at Rs 5.10 lakh, the optional variant costs Rs 5.26 lakh. All the prices are ex-showroom, New Delhi. Read – Tata Tiago Vs Maruti Celerio – Comparison 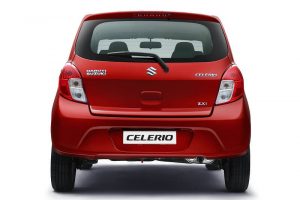 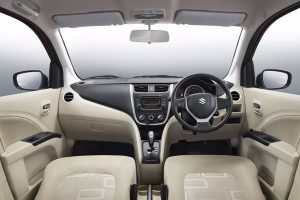 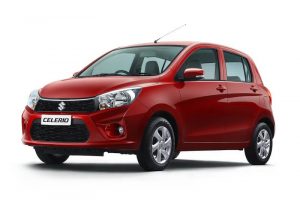 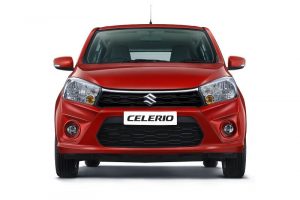 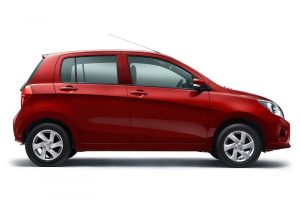 Since the 2017 Celerio facelift comes equipped with the same powertrains, it is as frugal as the previous model. The petrol version of the car gives a claimed fuel economy of 23.1kmpl, and the CNG model returns 31.79km/kg.

In the entry-level hatchback space, the 2017 Maruti Suzuki Celerio facelift will face challenge from cars like Tata Tiago, Renault Kwid 1000cc, new Hyundai Grand i10 and other A-segment cars.

Though the hatchback gets minor design and styling updates, it look more refreshing and sportier than the current car. The overall profile of the car remains the same. The majority of the changes are being offered on the front fascia, which now gets a new grille, re-designed bumper, sharper headlamps and slightly different hood. Side profile of the car is largely identical to the previous model, except for the new alloy wheels. It continues to feature the same body-coloured ORVMs with blinkers, strong beltline and roof line. The compact rear design remains largely similar to the current one. Though, there is a revised rear bumper to give it a refreshing look.

The company will also launch a new version of the hatchback, Celerio X, which is basically a beefed up version of the standard hatchback. This model gets slightly revised exterior styling, featuring black cladding all around, faux roof rails and silver garnish on the bumpers. A new orange exterior shade is also on offer.

Proportionally, the 2017 Maruti Suzuki Celerio remains unchanged. It continue to measure 3600mm in length, 1600mm in width and 1560mm in height. Despite being compact in size, the hatchback offers decent cabin space – thanks to its 2,425mm wheelbase. Standing on a 165mm of ground clearance, the car carries a kerb weight of 810kgs (petrol) – 915kgs (CNG). It has a cargo space of 235-litres. The petrol version can store fuel up to 35-litres, and the CNG rated at 7KGS.

Cabin of the facelifted Celerio is slightly more upmarket than the existing model. It was speculated that the car will get a Smartplay touchscreen infotainment system and a new entertainment system with Bluetooth connectivity; that didn’t happen. Instead, it continues to feature the existing music system. The hatchback is now equipped with a dual-tone black and greige finished dashboard and new greige upholstery for seats. Other changes include new silver accents and a new design for the door trim. Most of the features are carried over from the previous model including automatic climate control, power steering, AC unit, adjustable seats, rear seat headrest, etc. Driver’s airbag and a driver’s side seat belt warning feature comes as standard, while a front passenger airbag and ABS are optional.

For 2017 model year, the Maruti Suzuki Celerio facelift receive minor updates inside and out. The engine is the same - 1.0-litre K10B petrol unit.