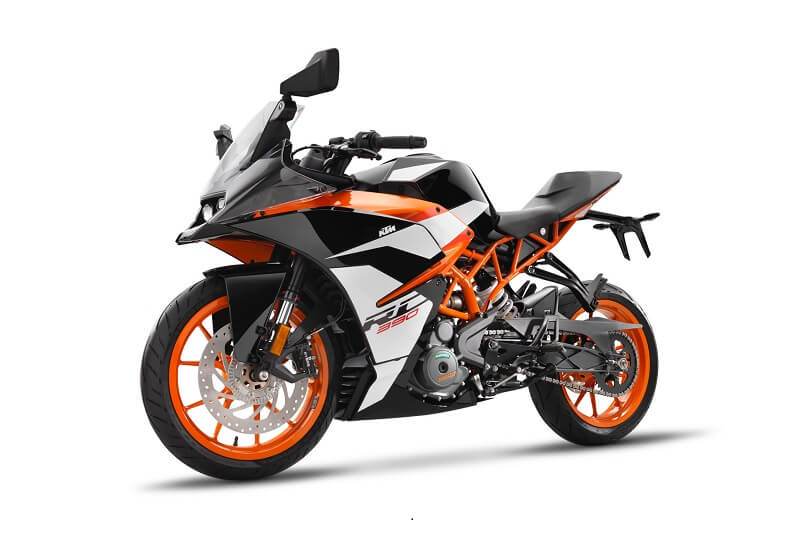 For 2017, the new KTM RC 390 receives new body graphics along with a bunch of additional features.

January 19, 2017 – KTM, the Austrian motorcycle maker has finally launched the new 2017 KTM RC 390 in the Indian market at Rs 2.25 lakh (ex-showroom Delhi) . Alongside the new RC 390, the company has also rolled out the updated RC 200. The new model recieve mechanical as well cosmetic upgrades and several new features. It looks more matured and track ready, justifies the company’s motto, ‘Ready To Race’. Powering the motorcycle is the same 373cc engine that produces 43.5PS of power and 36Nm of torque (1Nm increase over the previous model).

Coupled with a six-speed gearbox, the updated RC 390 gets a slipper clutch for improved cornering. Adding to it, the bike also has ride by wire technology that improves its power delivery and throttle response. For added safety and convenience, the motorcycle gets switchable ABS (Anti-Lock Braking System). Instead of the underbelly exhaust, the new RC’s gets an aluminium side mounted unit.

The new model comes with 12mm of extra padding on seats, which enhances the comfort for both pillion and the rider. There is a cleverly placed grab handles for pillion during city rides. It is now 4 kgs heavier than the previous model, stands at 163.5kgs. The bike rivals the Kawasaki Ninja 390 and the Yamaha R3. Read More – 2017 KTM Duke 390 Revealed

The previous RC 390 was available at Rs 2.14 lakh (ex-showroom Delhi). With added features and BSIV compliant engine, the 2017 KTM RC 390 is a tad more expensive than the outgoing model. The updated version is priced at Rs 2.25 lakh, ex-showroom Delhi.

Powering the new RC 390 is the same 373.2cc, single-cylinder, 4-stroke engine that also does duty in the current model. This motor pushes out a maximum power of 43bhp at 9,000rpm against 36Nm of torque at 7,000rpm. For transmitting power, there is a 6-speed gearbox. The bike is claimed to offer a top-speed of 179kmph. 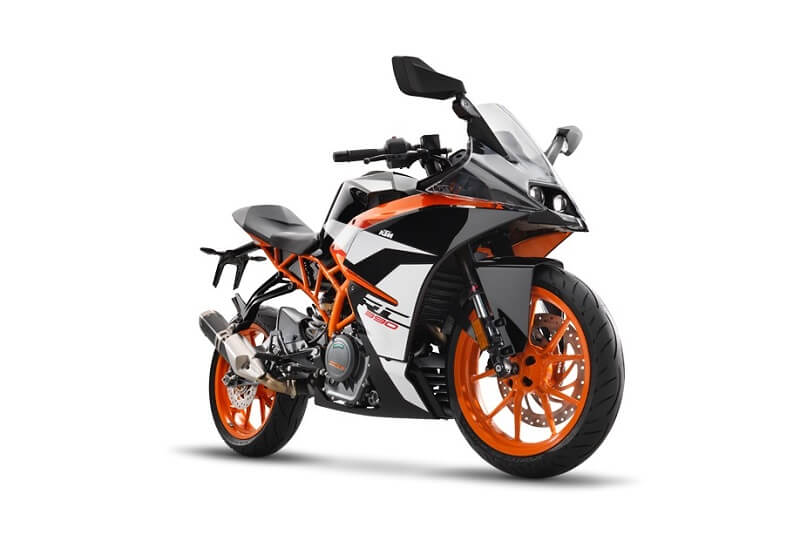 Save for the new 320mm front disc and slipper clutch, the overall specifications of the bike remain unchanged. The front disc brake is now 20mm larger than the outgoing model, thus improving its overall braking performance.

The new RC390 is powered by the same 373cc engine that also powers the outgoing model. The company has made some changes to its mechanics and add more technical features to improve its performance. We expect the bike to return around 25kmpl of mileage, which is in a way a good one. 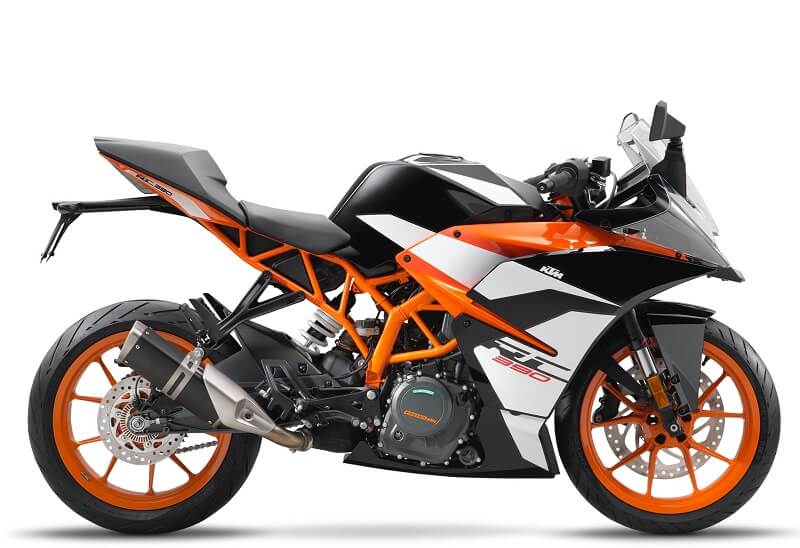 In terms of design, the 2017 RC 390 shares a strong resemblance with the current model. Though, the bike now receives some new body graphics along with orange fairing and white & gloss black treatment. The updated model also gets adjustable clutch and brake lever to offer the pressure points according to the requirement. Other key changes include brand new bodywork, footrests and pedals, and blinkers on the mirror structure.

The rear gets graphics on its underside and ‘RC 390’ badge on either side. Unlike the current model, that features under belly exhaust system, the 2017 KTM RC 390 comes equipped with a newly-designed side mounted unit. The new exhaust system is a combination of stainless steel underbelly pre muffler and aluminium absorption-type final exhaust.