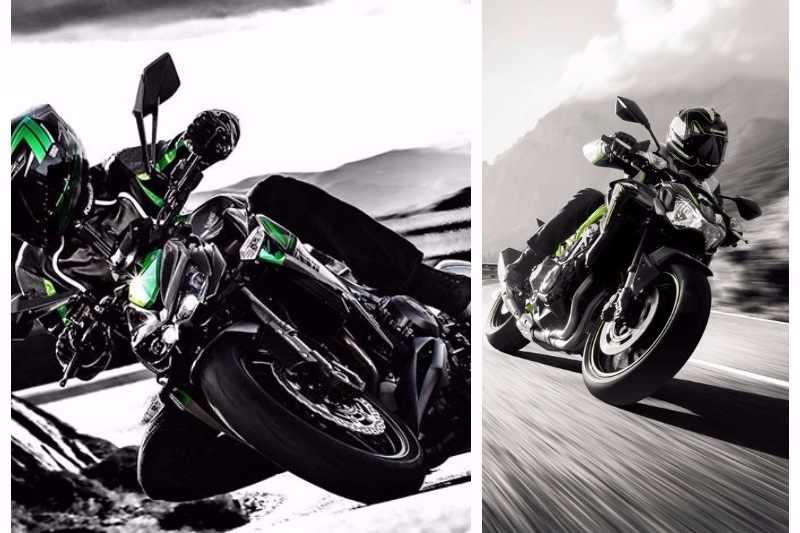 Kawasaki Motors has introduced the 2017 Ninja 1000 and the stripped down version of the Z900 in the country. The 2017 Kawasaki Ninja 1000 comes at Rs 9.98 lakh, while the base variant of the new Kawasaki Ninja Z900 is priced at Rs 7.68 lakh (ex-showroom, Pan India). Bookings for both the bikes have already been commenced across the nation. Despite the fact the Ninja 1000 will be assembled locally at the Bajaj’s Pune-based plant, the bikemaker has allotted just 20 units for the Indian market. The Japanese bike manufacturer is in the process of setting up its own operation assembly in Chakan.

The 2017 Kawasaki Ninja 1000 receives significant cosmetic and feature updates. Similar to the other Kawasaki supersport motorcycles, this high-performance sport tourer carries a sharper design with two-piece wider fairing offering better wind protection to rider. The windscreen has also been increased by 15mm with three levels of adjustment. Read About – 2017 Kawasaki Z250 | 2017 Kawasaki Ninja 650

Power for the 2017 Kawasaki Ninja 1000 comes from a 1,043cc, inline-four engine churning out a top power of 142PS at 10,000rpm and 111Nm of torque at 7,300rpm. This Euro-IV compliant motor is linked to a 6-speed gearbox with slipper clutch. The revised suspension setup has slightly lowered its seat height. Read – Kawasaki Estrella Comes to India for R&D Purposes

On the other hand, the new base variant of the Kawasaki Z900 misses out on an optional kit that includes premium seat cover, a flyscreen, pillion seat cowl with rider back support, a gel tank pad, crash bobbins for the front forks, engine casing cover, 12V charging socket on the handlebar, engine guards and a radiator guard. Though, it continues to carry the original design, standard ABS and the powertrain. The 2017 Kawasaki Z900 sources its power from a 948 cc, in-line four engine making 123bhp at 9,500rpm and 98.6Nm of torque at 7,500rpm.

In India, the Z900 takes on the Triumph Street Triple S and the new Ducati Monster 797, which come with a price tag of Rs 8.5 lakh and Rs 7.77 lakh (ex-showroom, Pan India) respectively. Priced at Rs 7.68 lakh, the new base version of the bike undercuts both its arch rivals.