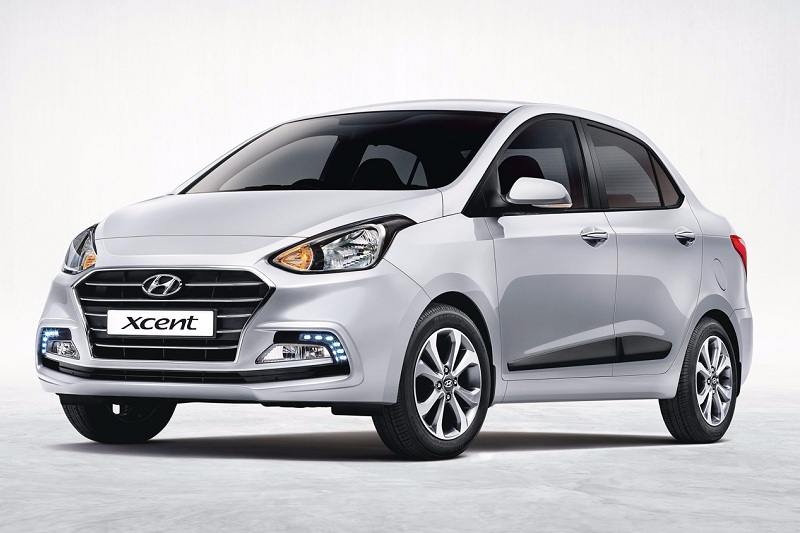 New Hyundai Xcent 2017 has launched in India with prices starting from Rs 5.38 lakh to Rs 8.41 lakh (ex-showroom, Delhi) for the top-spec variant in the range. The carline is now available in a total of six variants with the same 1.2-litre petrol and the new 1.2-litre oil burner from Grand i10 facelift in manual and one automatic petrol version (S AT). Aside from cosmetic and mechanical tweaks, Hyundai has also made subtle changes to the line-up by introducing a new E+ trim and renaming the base trim to E.

The updated subcompact sedan will now also be sold in 40 other global markets apart from India. To cater to the individual and fleet operators separately, the pre-facelift version will continue selling along the updated Xcent under the Xcent-Prime nameplate. Exterior changes on the subcompact sedan are in line with its donor hatchback, Grand i10 that lately received subtle updates. The front profile gets prominent changes with a new redesigned large grille with horizontal slats and chrome bezel, restyled bumper and reshaped headlamps. 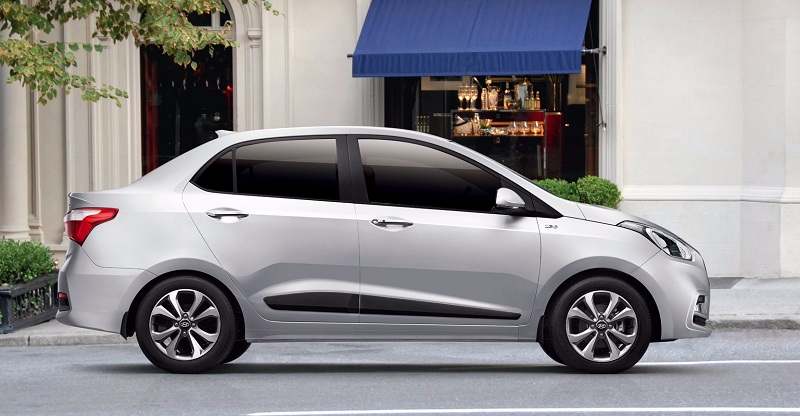 With the new design for the alloy wheels, the side profile remains akin to the pre-facelifted model. However, Hyundai has made significant changes to the rear end with the LED tail-lamps, new bumper, reworked boot lid, muscular lines and fenders transforming the entire look. The insides are primarily reminiscent of the previous model with very few styling updates save for the new fabric for the seats. Equipment wise, the sedan gets richer featuring a new 7-inch touchscreen infotainment system supported by Apple CarPlay and Android Auto, audio-video navigation, MirrorLink and voice recognition on the range topping variant. It is to be noted that the infotainment system also works as a reverse camera.

While the larger 7-inch touchscreen system is available on the top-spec variants, the mid-level trims miss out on the smaller 5-inch touchscreen system available with the Grand i10. In terms of safety, Xcent facelift gets standard dual front airbags and ABS which is now offered only with the SX and SX (O) trims unlike the previous model wherein it was standard on all trims. Additionally, the sedan now comes with the standard 2yrs of unlimited km warranty.

With new cosmetic and mechanical updates the Xcent facelift gets slightly dearer compared to the model it precedes. The renamed entry level E variant is priced at Rs 5.38 lakh whereas the new E+ trim is available for Rs 5.93 lakh. Sitting at the top of the petrol range, the SX (O) variant is priced at Rs 7.5 lakh. The diesel range on the hand falls in the vicinity of Rs 6.28 lakh to Rs 8.41 lakh (ex-showroom, Delhi). Read – New Hyundai Verna – All You Need To Know

One of the major changes on the Xcent facelift is the new 1.2-litre oil burner that replaces the 1.1-litre unit from the previous model. This is the same engine that made its debut with the Grand i10 facelift recently. Available with standard five-speed manual gearbox, the oil burner makes 74bhp of power and 180Nm of torque. Petrol powered Xcent on the other hand comes with the same 1.2-litre mill used in the predecessor. This 82bhp and 114Nm unit gets optional four-speed automatic unit along with the conventional five-speed manual gearbox. Read – Hyundai to Launch These New Cars in India 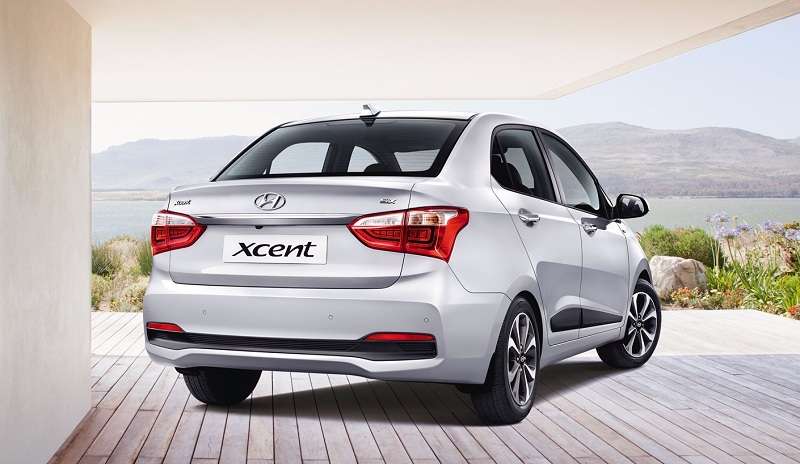 There are no changes in terms of proportions and the car continues sporting same dimensions. The length measuring 3,995mm, width 1,660mm, height 1,520mm and wheelbase at 2,425mm remain unaltered. With a boot space of 407-litres, Xcent offers a capacious luggage compartment.

First launched in 2014, Xcent is primarily a boot version of Hyundai’s stellar hatchback, Grand i10. The new changes on the sedan are made in line with its donor hatchback save for the rear end which gets entirely new look.Taking that into account, the Xcent facelift receives a new front look and a restyled rear. With superficial changes on the sides, the sedan remains largely unchanged save for the redesigned alloys.

The multiple-slat hexagonal grille in front is all-new, featuring a new design similar to the one on Grand i10. Other bits such as revised bumper, new chin, new fog lamp and reworked headlamps altogether give it a changed look. At the back, it gets new LED tail-lamps, reworked boot lid, fenders, muscular lines and new bumper. 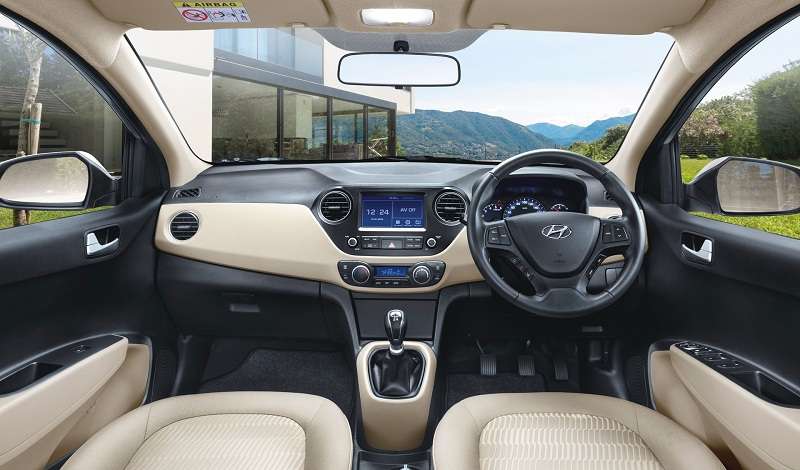 Other features such asautomatic climate control, new upholstery, push button start/stop, 1GS internal memory, Bluetooth connectivity, multi-functional steering wheel and reverse parking sensors etc are also equipped inside. Additionally, it gets primary safety features such as ABS and standard dual front airbags. It is to be noted that the ABS is now available only on the SX and SX (O) trims.

The subcompact sedan segment has now turned into a large space with a variety of models claiming for the top slot. Based on the Grand i10, Xcent is quite popular among the fleet operators, though the facelift aims at the individual buyers. That said models like Maruti Swift Dzire and Honda Amaze are extremely popular among the individual buyers. Aside from the cars mentioned above, Xcent facelift also faces threat from the newly launched Tata Tigor, Ford Aspire and Volkswagen Ameo.