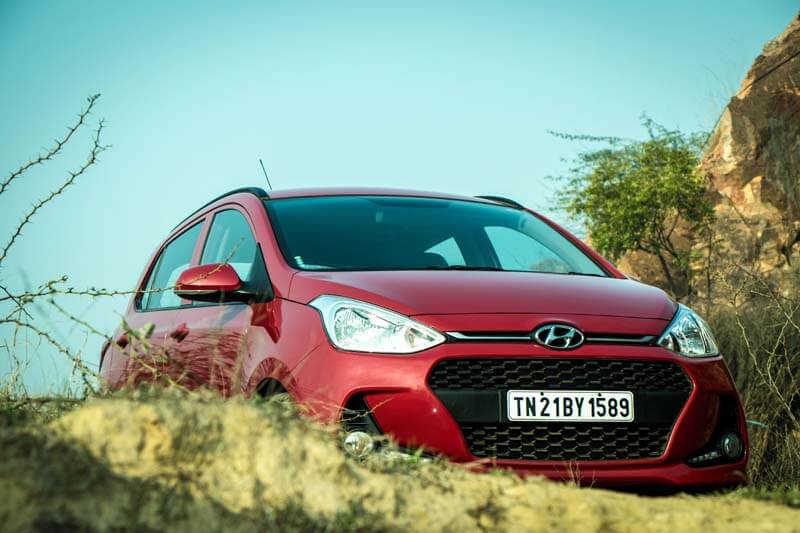 We got our hands on the Sportz AT variant and here is our detailed review.

Hyundai Grand i10 is the only product in Korean car giant’s line-up to replicate Santro’s success in domestic market. The hatchback was first launched in September 2013 and since then it has been among the top 5 best-selling cars in India. With almost three and a half years post its introduction, the company has given it a mid-life facelift.

As a part of the upgrade, the hatchback gets cosmetic changes and a new 1.2-litre oil burner that replaces the 1.1-litre U2 unit from the previous model. We got our hands on the Sportz AT variant and here is our detailed review.

Aesthetically, the car remains largely same as the predecessor save for a few changes up front. The hexagonal mesh grille in front gets a distinct treatment and the fog lamp units are all-new that come with stripped shape LED daytime running lights. In profile, the car look akin to the pre-facelift version, though the Sport and range topping Asta variants get additional diamond cut alloy wheels. Rear profile also gets new styling bits such as the new dual tone bumper. 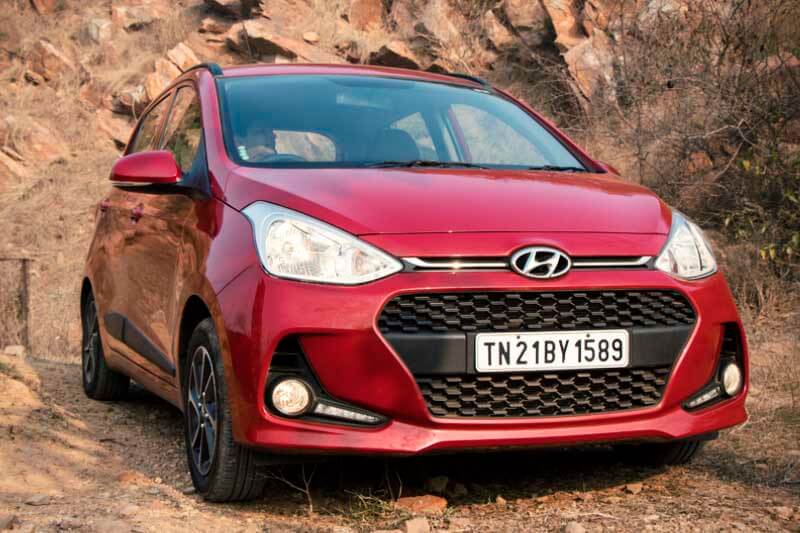 Hyundai Grand i10 set new benchmarks in the segment in terms of interior quality, fit and finish.The facelift version raises the bar further. While the layout & dual-tone dashboard have been retained from the previous version, the hatchback now gets additional kit for a modern touch. A new touchscreen infotainment system with Bluetooth, Aux-in and USB port is offered with the Sportz and Asta trims. 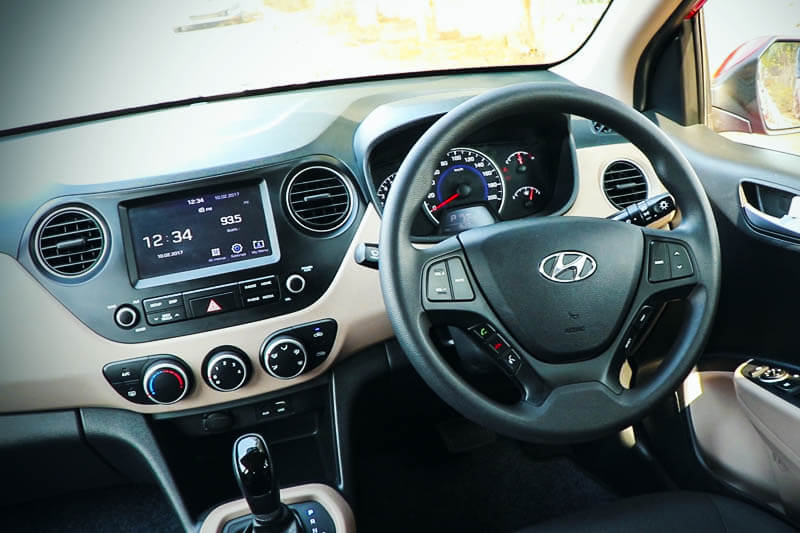 While Asta with 5.0-inch and 7.0-inch display respectively. Additionally, the Asta trim gets the larger 7.0-inch display screen, the Sportz equips 5.0-inch screen. Additionally, the range topping trim also gets smartphone connectivity options like Apple CarPlay and Android Auto. With these features, Grand i10 offers one of the most sorted cabins in its league. On the safety front, the driver side airbag is standard across line-up while the co-passenger airbag is offered on top two trims with the ABS restricted to the Asta trim.

The 2017 Hyundai Grand i10 facelift is available with 1.2-litre petrol unit from the previous model and the new 1.2-litre oil burner. Both the engines get a standard 5-speed manual unit and an optional four-speed auto box on the petrol engine. We tested the peppy 1.2-litre, petrol variant mated to the 4-speed AT transmission. 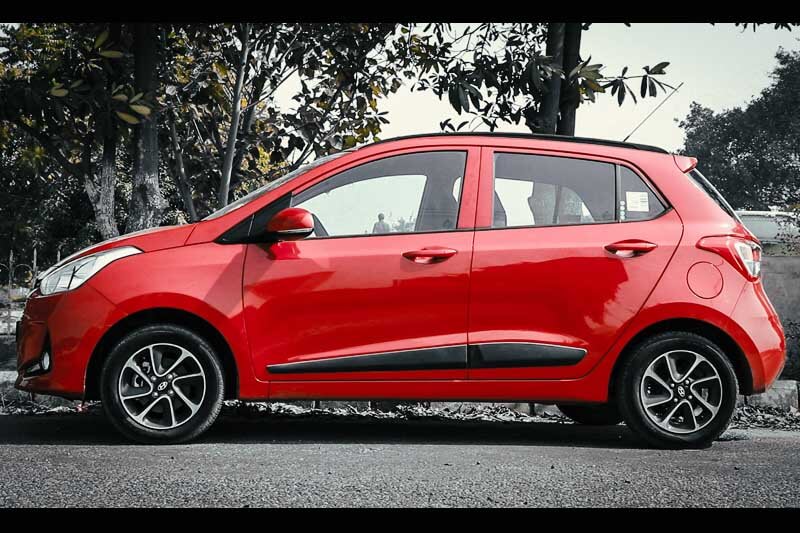 There is no change in terms of performance and the engine offers ample power from the initial range of rpm till it touches the red line. The power delivery is seamless and it is most fun to drive in the mid-range, especially in the 3rd and 4th gear. In terms of refinement, the 1.2-litre unit is the best in the segment, where it scores average in ride and handling department.

The car drives well in city conditions but at high speeds, it isn’t confident enough. Manoeuvring in heavy traffic and narrow streets is not painful thanks to its light weight steering wheel, but it does get heavy at high speeds.

The 4-speed gearbox is responsive in city, although we feel that it could have been more smooth and precise at high speeds. This sometimes creates trouble while overtaking a vehicle. Suspension set up is decent, it handles almost all kinds of roads, but it could be a bit uncomfortable for passengers seated at rear when driven over steep potholes. We feel that there is still some room for improvement for rear suspension. Nevertheless, 2017 Hyundai Grand i10 facelift is a good city vehicle.

With subtle cosmetic upgrades and a raft of new features, 2017 Hyundai Grand i10 has surpassed its predecessor. The four-speed automatic transmission could have been better, but if you are looking at driving it within city, it is a good option.

With subtle cosmetic upgrades and a raft of new features, Hyundai Grand i10 has surpassed its predecessor. The four-speed automatic transmission could have been better, but if you are looking at driving it within city, it is a good option.