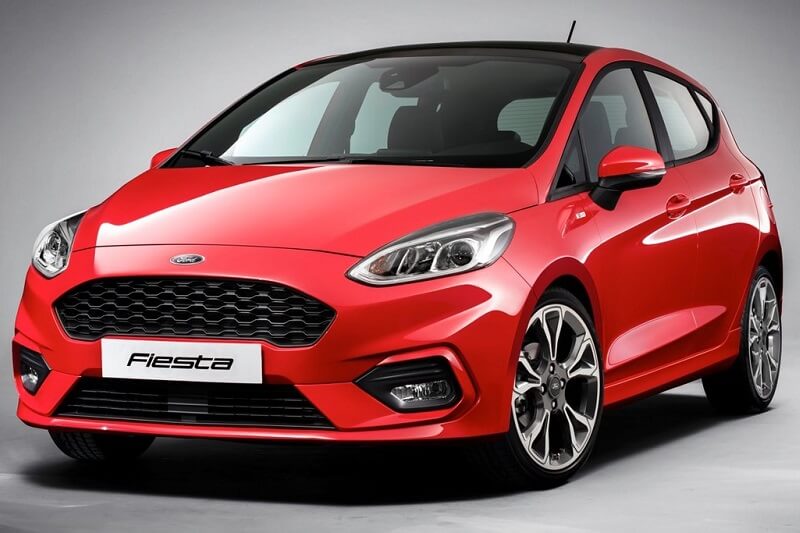 November 30, 2016 – Ford, the American automaker has unveiled the new 2017 Ford Fiesta at its ‘Go Further’ event in Cologne, Germany. Unveiled in the presence of the CEO Mark Fields and Jim Farley, Ford Europe president, the redesigned Fiesta has been introduced in four versions. The vehicle gets an all-new exterior design and interior along with some mechanical changes.

The popular model gets an evolutionary design, thanks to its sweptback headlamps, simple bonnet and split wraparound tail-lamps. Not just bigger in size, the new Fiesta gets improved in-car technology and quality. The Fiesta Titanium version is the basic model, which is joined by the performance oriented Fiesta ST-Line and the luxurious Fiesta Vignale. In order to capitalize on the growing popularity for crossover market, the company has also introduced the Fiesta Active with SUV styling cues. Read More – New Ford EcoSport Unveiled

The new Fiesta continues to be based on Ford’s Global B platform that helps manufacturer to keep its development cost down. The saved money is being used to offer improved interior quality and high-end features. Inside the cabin, the hatchback gets soft-touch materials and panoramic sunroof. It comes equipped with new infotainment system with a new 8-inch touchscreen display, and this system replaces the 20 buttons from dashboard available in current model. This system features Ford’s SYNC 3 for music, smartphone compatibility and satellite navigation. It also has voice control and user can also fit a B&O premium audio system. Also Read- New Ford Endeavour Gets SYNC 3 Infotainment System

Instead of funky design, the new model now has a more mature look. The new 2017 Ford Fiesta is longer and wider than the outgoing model on sale in UK market. The previous model measures 3,969mm in length, 1,978mm in width and 1495mm in height. Like the outgoing model, the seventh generation Ford Fiesta is based on the thoroughly modified B-platform.

The next-generation 2017 Ford Fiesta will be offered in both 3-door and 5-door hatchback styles. The company will also unveil the new saloon and estate version of the Fiesta in near future. Talking about changes, the new model gets some changes like new front fascia with flatter nose, flanked by slimmer sweptback headlamps, etc. Other design changes include new wider horizontal taillamps instead of vertical arrangement and new alloy wheels.

In terms of safety, the new 2017 Ford Fiesta gets several high-end features like anti-collision system that can detect objects 130 meters in front of the car. If driver failed to react, the car will automatically brake to avoid accident. Other safety equipment includes Active Park Assist, Blind Spot information, Cross Traffic Alert and Lane Keeping Assist.

The new Fiesta is powered by Ford’s 1.0-litre EcoBoost petrol engine, which is being offered with updated 5-speed manual and 6-speed automatic gearboxes. The vehicle will also be offered with high power TDCi diesel engines.