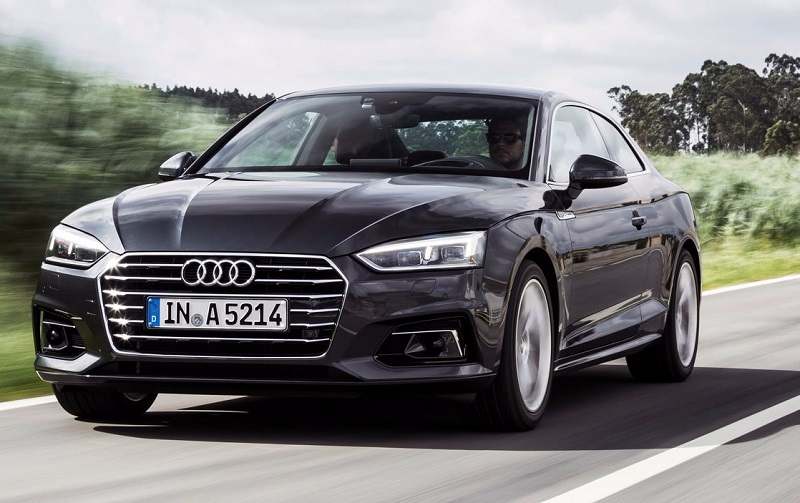 In India, the new Audi A5 Cabriolet will face challenge from the Mercedes C300 Cabriolet.

Audi has finally introduced the second-generation A5 luxury sedan in the Indian market. The all-new 2017 Audi A5 is being offered in two body types – Sportback and Cabriolet – priced at Rs 54.02 lakh and Rs 67.51 lakh (ex-showroom, Delhi) respectively. While the Cabriolet is the soft-top version of the sedan, the Sportback is a four-door variant. In Audi’s Indian product lineup, this luxury saloon has been positioned between the A4 and A6. The new A5 is the ninth product launch from the German carmaker in India for this year.

Besides the body types, the 2017 Audi A5 comes with multiple powertrain options. The A5 Sportback and Carbriolet source their power from a 2.0-litre diesel engine making power worth 190bhp against 400Nm of torque. Transmission duties on both the vehicles are taken care of by a 7-speed dual clutch gearbox. While the 2017 Audi A5 Sportback features the front wheel drive (FWD) system, the Cabriolet supports Audi’s Quattro all wheel drive (AWD) configuration. Check Out: First Spy Pictures of New Audi Q8 Coupe SUV

On the other hand, the S5 Sportback uses a more powerful 3.0-litre, turbocharged V6 petrol engine coupled to an 8-speed Tiptronic gearbox. This gasoline motor delivers a claimed power of 345bhp and 500Nm of torque. It comes with AWD system. All three models of the saloon feature an engine start-stop system.

In the luxury sedan segment, the new A5 Cabriolet will take head-to-head against the Mercedes C300 Cabriolet. Though, the Sportback and Coupe models won’t have any direct rival in the segment. The new-generation version shares most of its design cues and features with the new A4. 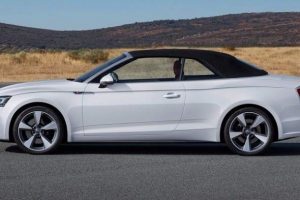 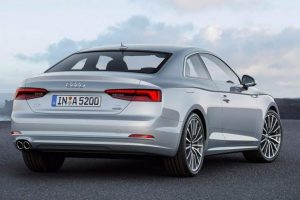 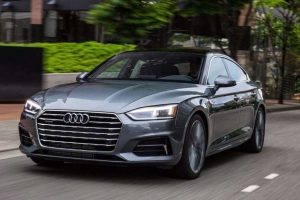 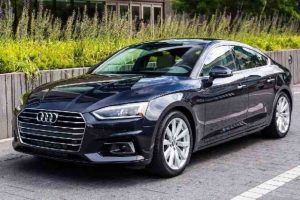 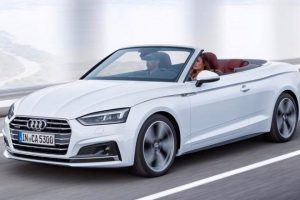 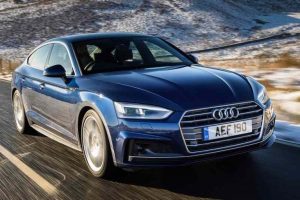 As mentioned in the beginning, the A5 Sportback and Cabriolet share the engine – i.e. 2.0-litre TDI diesel. This powertrain pushes out a maximum power output of 190bhp between 3,800rpm – 4,200rpm, while producing a peak torque of 400Nm at 1,750rpm-3,000rpm. Both the models are available with a 7-speed dual clutch gearbox. Read About – Audi’s Upcoming Most Affordable SUV

The A5 Sportback comes with front-wheel drive system, and is capable of achieving 0-100kmph in 7.9 seconds. On the other hand, the Cabriolet features Audi’s Quattro all-wheel-drive system and accelerates 0-100kmph in 7.8 seconds. The 2017 S5 Sportback is power-packed with a 3.0-litre turbocharged V6 petrol engine combined to an 8-speed tiptronic gearbox and all-four-wheel drivetrain. This motor can generate a maximum power of 345bhp at 5,400rpm-6,400rpm and 500Nm of torque at 1,370rpm-4,500rpm. This makes it 21bhp more powerful than the previous S5 Sportback. With this motor, the A5 can achieve 0-100kmph in just 4.7 seconds before hitting a top speed of 250kmph. 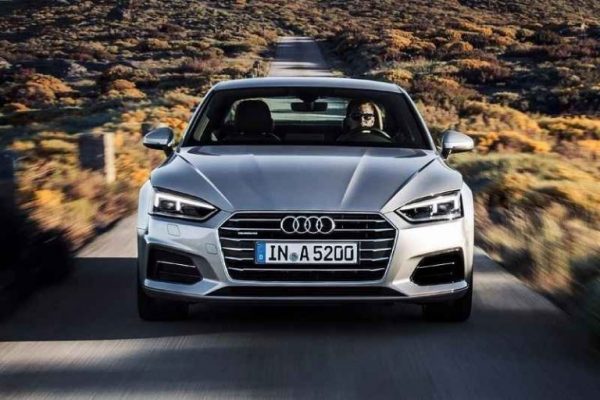 Sporting new design elements and finer details, the new generation A5 Coupe looks different from its predecessor. Face of the car looks aggressive, thanks to its revised headlamps with optional xenon plus technology with homogenous LED daytime running lights, a single frame wider and flatter grille and wraparound domed hood. The new model sits on a slightly stretched wheelbase, and has short overhangs. It also features LED rear lights. The soft top version has a new one-touch opening function that eases its acoustic hood operations. Check Out: Audi Q7 Diesel Edition – Price & Details

Interior of the new A5 looks familiar as it shares lots of design bits and components with its donor sibling. Though, it’s more spacious and practical. Compared to the A4, the saloon is the 17mm longer and its front passenger’s shoulder room and rear knee room have been increased by 11mm and 24mm respectively. The car sits on a wheelbase of 2,824mm.