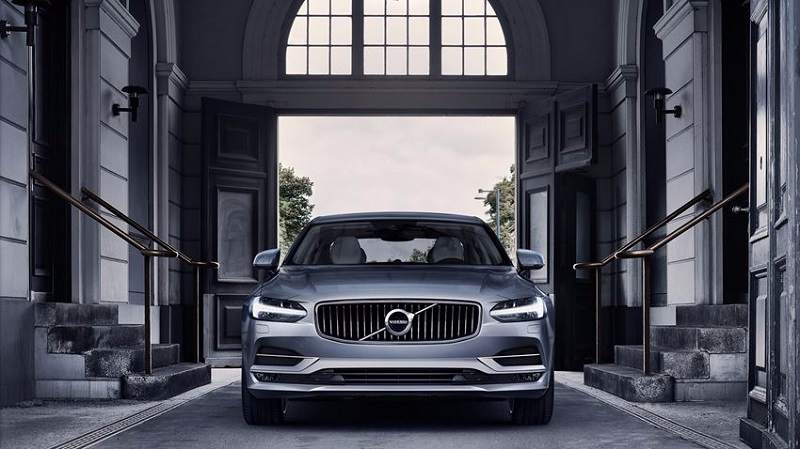 Volvo, the Swedish luxury carmaker has launched the all-new Volvo S90 luxury sedan in the Indian car market. The 2016 Volvo S90 India is priced at Rs 53.5 lakh (pre-octroi, ex-showroom, Mumbai). Launched as a replacement for the S80, the new S90 sedan is based on the XC90 SUV platform. This is the company’s third launch in the country, first two being the S60 Cross Country and the XC90 T8 hybrid. It directly rival against the Audi A6, Mercedes-Benz E-Class, BMW 5-Series and the Jaguar XF. Read More – Volvo XC90 T8 Hybrid Price, Specs & Other Details

Despite being CBU (Completely Built-Up Unit), the 2016 Volvo S90 has been priced very aggressively in the segment. Priced at Rs 53.5 lakh (pre-octroi, ex-showroom, Mumbai), the sedan will rival against the Audi A6, Mercedes E-Class, etc. The company will also launch a performance version on later stage, which is expected to be priced around 65-70 lakh. Also Read- Volvo S60 Cross Country India Price & Other Details

Available in one fully loaded Inscription trim only, the S90 is powered by a 2.0-litre D4 diesel engine. This engine is capable of producing 190bhp of top power along with a peak torque of 400Nm. Power is transmitted to the front wheels of the sedan via an 8-speed automatic gearbox. The luxury saloon accelerates to 100kmph from zero in just 8.2 seconds. Volvo will also launch the more powerful 235bhp twin-turbo D5 diesel version, but in 2017.

The S90 sedan is big luxury sedan, which offers more than sufficient space for both front and rear occupants. Dimensionally, the sedan is 4,963mm in length, 1,879mm in width and 1,443mm in height and has a wheelbase of 2,941mm. The vehicle has 11.4 metre turning radius and has a boot space of 500-litres.

The new S90 sedan shares its underpinnings from the new XC90 SUV. Design inspiration for the sedan comes from the SUV sibling, which is nothing but Volvo’s latest design language. It features the company’s signature front grille, full LED headlamps and Thor’s Hammer LED daytime running lamps. At the back, the sedan gets a sculpted boot lid and C-shaped LED taillights. The side profile is simple featuring elegant lines and 17-inch alloy wheels. 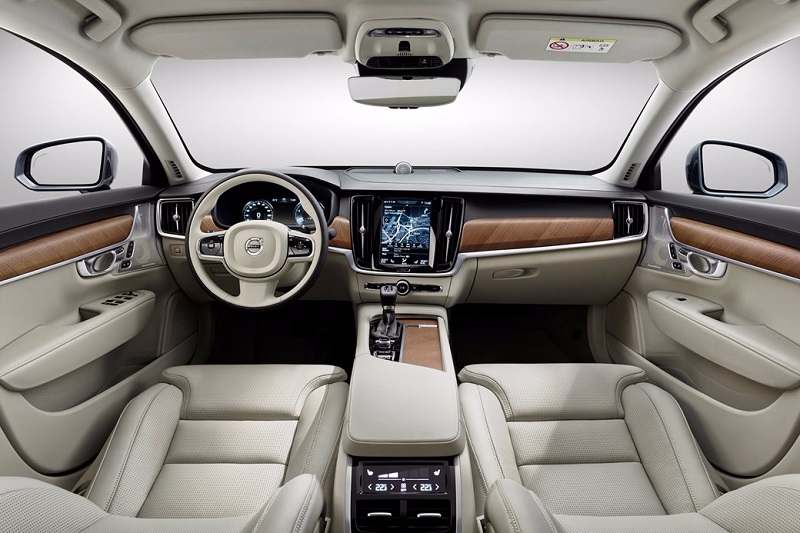 The elegant exterior design of the sedan is well complemented by the interiors. The Volvo S90 features large and dark materials, silver and wood inserts, and leather upholstery. The centre console is dominated by a 9-inch touchscreen infotainment system and vertical air conditioning vents on either side. Other features include nappa leather upholstery, a Bowers & Wilkins audio system, electrically adjustable front seats with memory and ventilation, drive modes, etc.