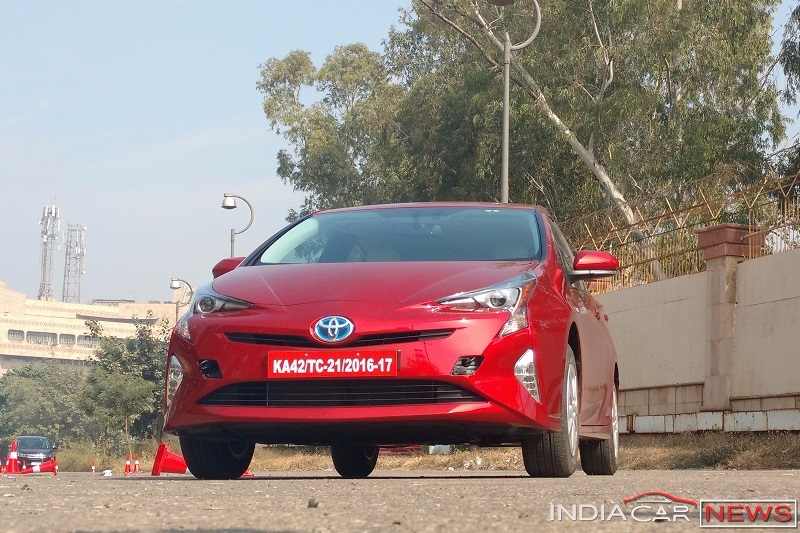 Being a hybrid vehicle, the 2016 Toyota Prius is a beneficiary of the government’s FAME (Faster Adoption and Manufacturing of Hybrid and Electric vehicles in India) scheme.

The much-awaited 2017 Toyota Prius Hybrid has finally been launched in the Indian car market at Rs 38.96 lakh, ex-showroom New Delhi. The sedan gets aesthetic and mechanical updates. Built on Toyota’s New Global Architecture (TNGA) platform, the new Hybrid was displayed at the 2016 Auto Expo last year and was later showcased at an event in Delhi in November 2016. Among other changes, the hybrid is now likely to be more frugal delivering 25% higher fuel economy. With a more rigid chassis and lower centre of gravity, the new Prius is claimed to handle better. Mechanically, it retains the engine from the predecessor, although Toyota has calibrated it for improved performance and fuel economy.

As a reminder, the Toyota Prius is one of the first models in India to offer hybrid option. The sedan was launched first in 2010 and since then it hasn’t received much of a change. According to the Toyota, the TNGA platform gives Prius low-stance designs and lower centre of gravity. This turn results in better suspension, stability and handling. The all-new Prius is powered by a 1.8-litre petrol engine coupled to an electric motor. The sedan is claimed to have an excellent fuel efficiency of 26.27kmpl. Also Read – New Toyota Fortuner – All You Need to Know 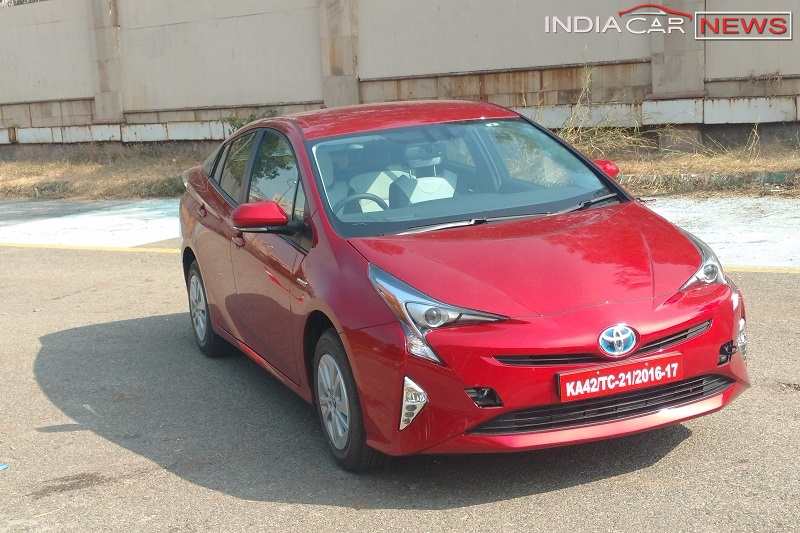 The Toyota Prius 2017 is benefitted from the government’s FAME (Faster Adoption and Manufacturing of Hybrid and Electric vehicle in India), enabling to price it competitively. In India, it has been launched via CBU route therefore it is priced on the higher side. It is priced at Rs 38.96 lakh (ex-showroom, Delhi). Read – Upcoming Toyota Cars in India 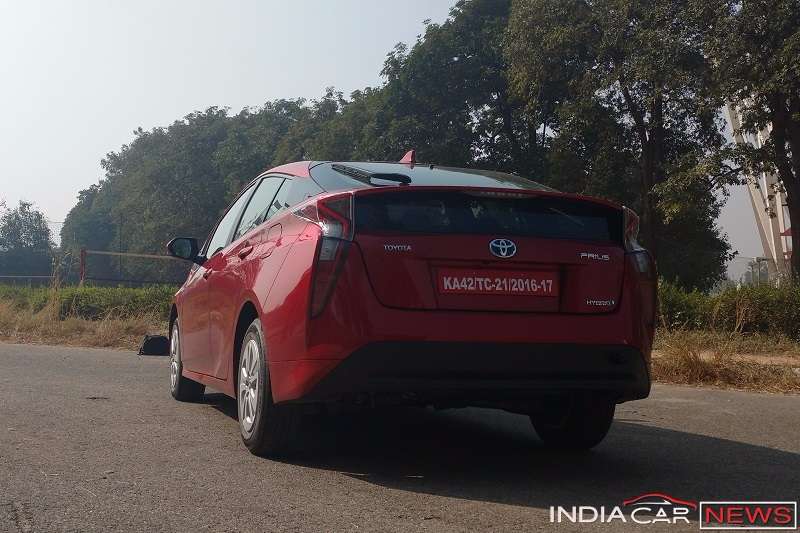 Powering the Prius hybrid is the Toyota’s Hybrid Synergy Drive system that uses a 1.8 litre, 3 cylinder VVT-i petrol engine and a new nickel-metal hydride (NiMH) hybrid battery. The petrol unit in the hybrid system puts out 97bhp of power and 142Nm of torque, while the electric motor makes 71bhp. In a bid to improve weight distribution, the hybrid battery will be placed below the rear seats. On the other hand the auxiliary batteries have been shifted to the engine compartment. The new battery is relatively smaller in size and is claimed to be more durable with better charging capacity. 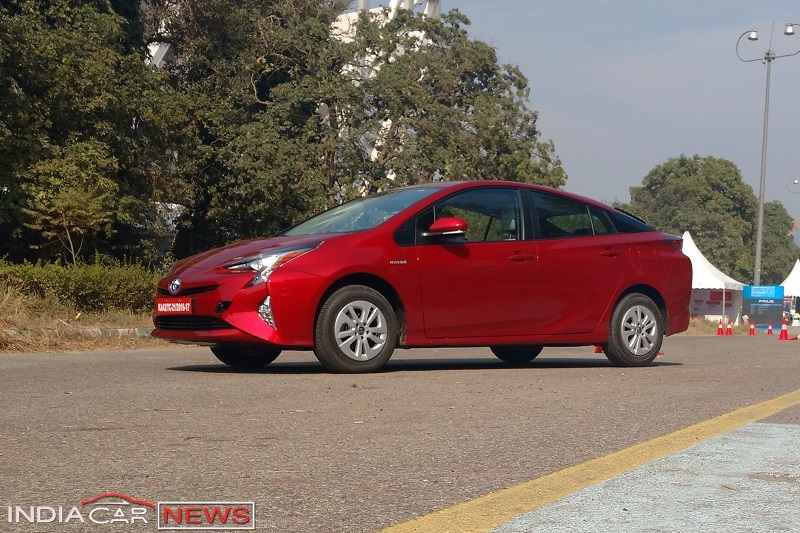 As mentioned above, mechanicals on the Toyota Prius 2017 has been retained, although the engine is re-tuned to deliver higher power output. It is to be noted that the sedan is 25% more frugal than its predecessor. Not just this, but the thermal efficiency has also been improved by 40%. It is claimed to have a fuel efficiency of 26.27kmpl. New Toyota Corolla Altis – India Launch Details & Pictures

The use of high-tensile strength steel in the construction, high-strength and lightweight hot-stamp components lend high rigidity of 980Mpa. There has been an improvement in the quality of steel used by 3% to 19%. As mentioned above, the saloon will sport altered dimensions, making it longer, wide and lower than the current model. 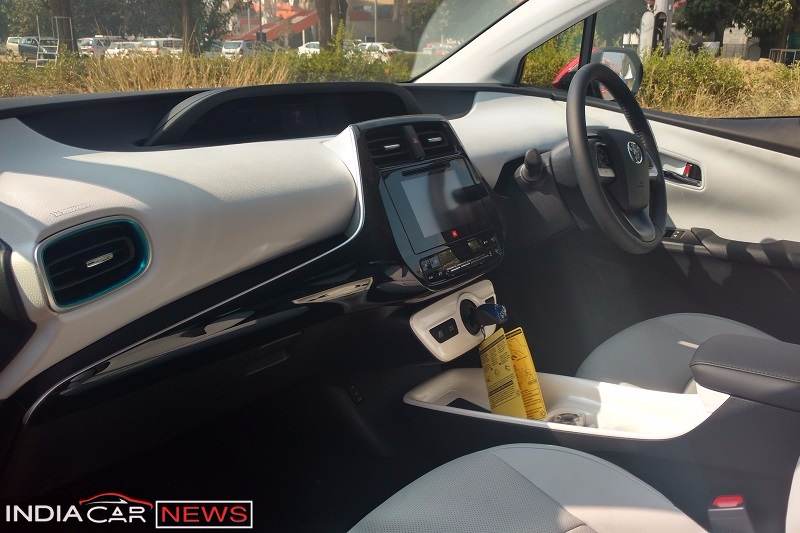 Inside, the new Prius is more spacious courtesy the increase in wheelbase. Additionally, the cabin also come with high-tech features adding to its credibility.

In terms of dimensions, the new Prius is longer, wider and lower than the model it precedes. It is 4,540mm in length, 1,760mm in width and 1,470mm in height. Compared to the outgoing model, the new Prius measure 60mm longer, 15mm wider and 20mm lower. Even the wheelbase is longer at 2,700mm, offering more space to the occupants.

In the hybrid segment, Toyota Prius will face competition from yet another model from Toyota, the Camry. Honda too launched new Accord in hybrid version last year and it poses a strong threat to the Prius in the petite segment.