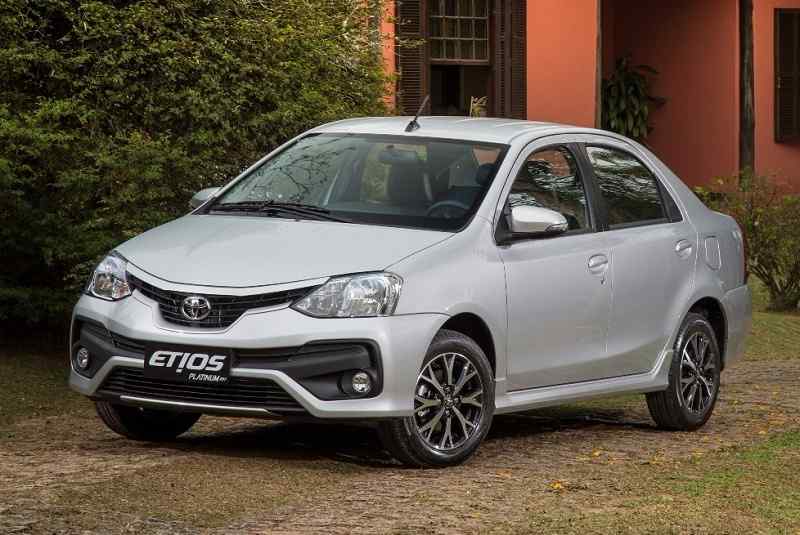 September 19, 2016 – The 2016 Toyota Etios Platinum (facelift) has been launched in India at a starting price of Rs 6.43 lakh (ex-showroom, Mumbai). The sedan has been introduced with a new name – the Etios Platinum. The updated model receives noticeable exterior and interior changes along with minor mechanical updates. This new Etios variant has been designed and developed by Toyota’s Indian R&D team.

There are no changes under the skin; it continues to be powered by the same 1.5-litre petrol and 1.4-litre diesel engines. While the former is capable of producing 88bhp and 132Nm of torque, the oil burner is good for 67bhp and 170Nm of torque. The sedan gets dual front airbags and ABS as standard across all variants. It directly rival against the likes of the Maruti Swift Dzire, Honda Amaze, Ford Figo Aspire, Chevrolet Sail, Maruti Suzuki Ciaz and others in its league.

While the base model of the Toyota Etios Platinum (facelift) is priced at Rs 6.43 lakh, the top-of-the-line variant costs Rs 8.87 lakh (ex-showroom, Mumbai). 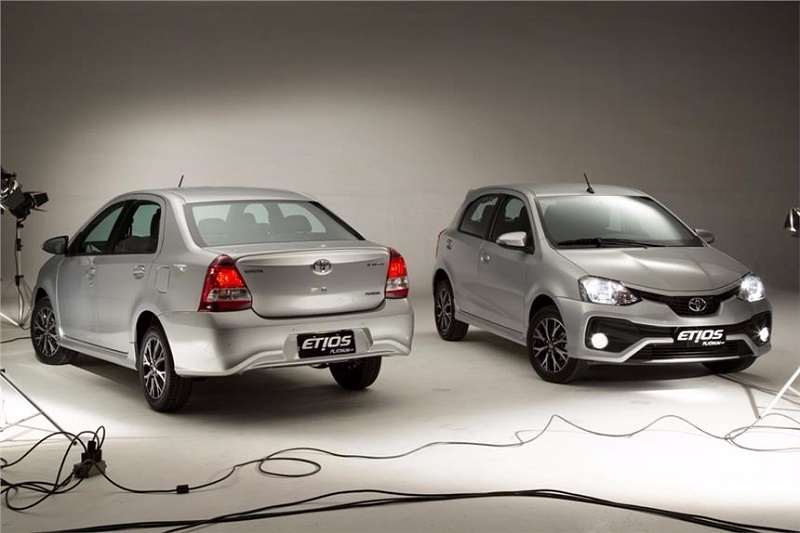 As mentioned earlier, the 2016 Toyota Etios facelift is continue to feature the 1.5-litre petrol and 1.4-litre diesel engines that powered the previous model. While the gasoline unit churns out a maximum power output of 90bhp and 132Nm, the oil burner offers 67bhp and 170Nm. Both these powertrains are paired to a 5-speed manual gearbox.

The conventional rubber engine mounts have been replaced with the new hydraulic mounts resulting less vibration inside the cabin. Suspension system of the 2016 Toyota Etios facelift has been tweaked for better ride quality, and noise insulation too has been improved by 7%. The diesel version of the saloon gets a lighter clutch.

Since the car continues to come with the same petrol and diesel engines, there is no change in their fuel efficiency figures too. The Etios petrol model gives an average of 16.78kmpl, while the diesel model returns 23.59kmpl. 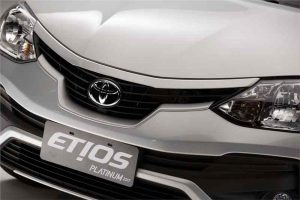 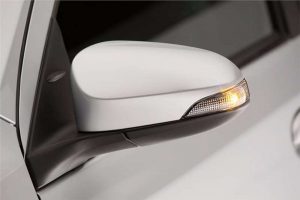 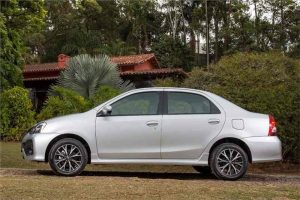 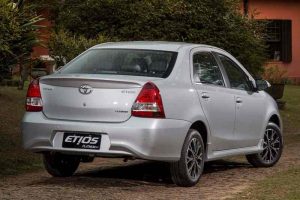 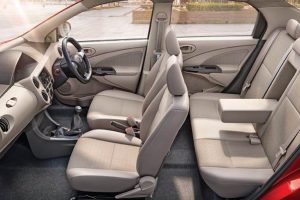 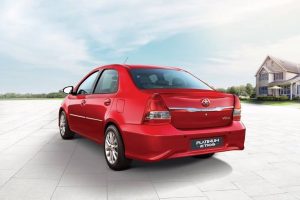 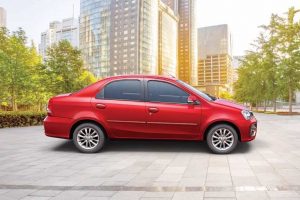 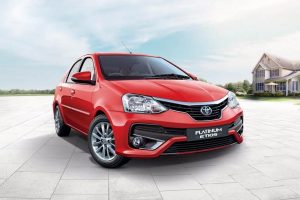 The Toyota Etios Platinum receives some significant cosmetic upgrades at the front. The facelifted model now features a new V-shaped grille with black inserts, bigger air intakes, round-shaped fog lights and a new bumper along with few other design updates.

Save for 15-inch diamond cut alloy wheels and side skirts, the side profile of the 2016 Toyota Etios Platinum (facelift) looks identical to the old model. At the rear end, the car gets a roof-mounted rear spoiler, revised bumper and re-designed tail lamps.

The safety standards of the new Toyota Etios facelift have been improved by offering ABS (anti-lock braking system) as standard. The vehicle also comes with ISOFIX mounting points for child safety seats and side-impact reinforcements. The rear seats are now based on stronger tubular structure instead of wide-frame structure. The new Toyota Etios is Global NCAP compliant, and achieved 4-star safety rating for both adults and children.