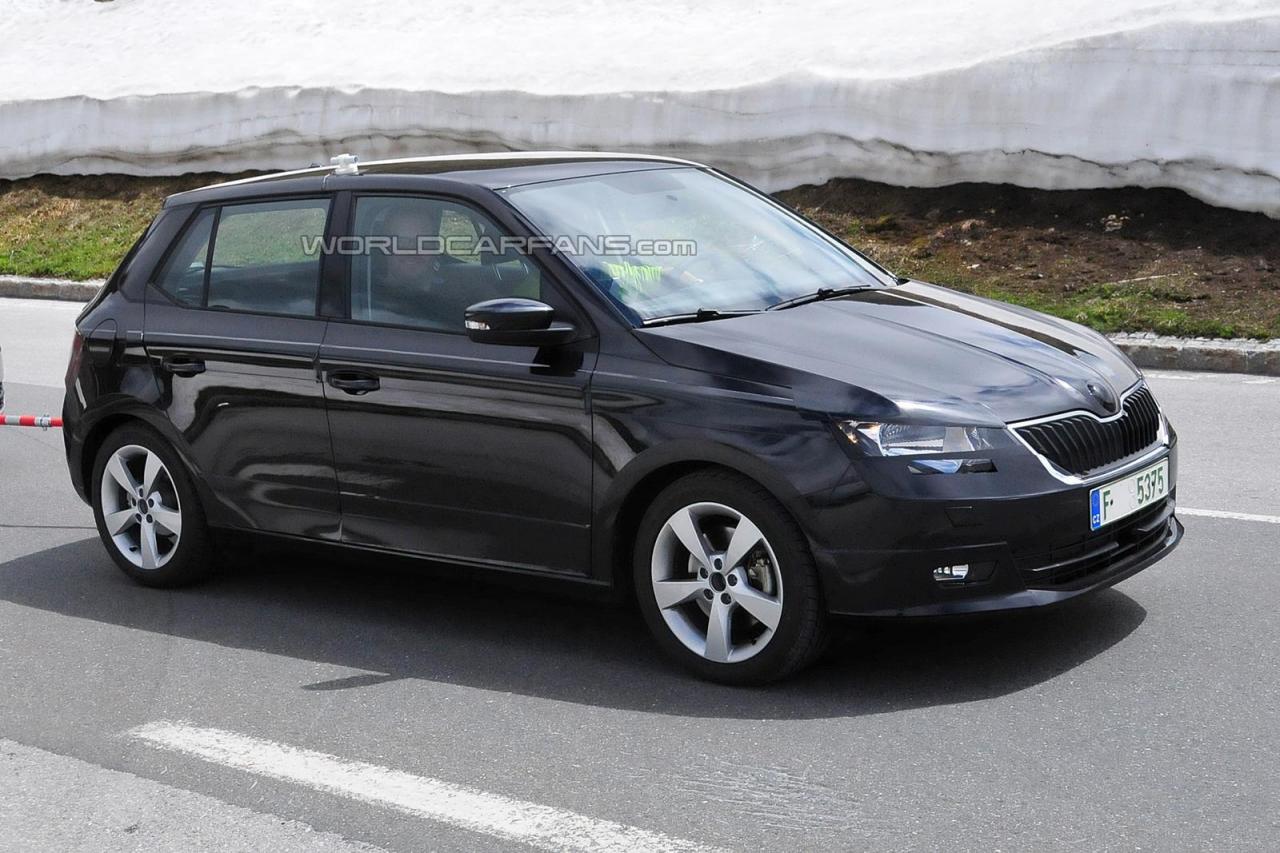 It has been a while since Skoda has been testing its new generation 2015 Fabia hatchback which is scheduled to be unveiled at the 2014 Paris Motor Show. The latest test mule with minimal camouflage was spotted in the Alps. The new generation Skoda Fabia is going through its final testing phase and is likely to go on sale by the year end. However, the India launch is yet to be confirmed by the Czech manufacturer. If media reports are to be believed, Skoda is contemplating a new hatchback based on the Rapid sedan for India. The new Fabia resembles the bigger Skoda’s like Rapid and Octavia. It has the wide front grille complemented by narrow headlamps, which gives it a familiar Skoda look. On closer look, the vehicle gets shorter C-pillar which adds a sporty character to it, while the greenhouse area is also different from the current model. The new generation Skoda Fabia features a sportier roof-mounted spoiler, a stylish rear profile with taillights resembling the one found on Rapid sedan. It was speculated that the new Fabia will be based on the Volkswagen’s MQB platform; however, the company revealed that the hatchback will be based on the updated PQ25 platform. The new Fabia will later be joined by Wagon version; however, the company will not introduce the vRS model. The new Fabia will share its engine lineup with the Volkswagen Polo facelift. It will be powered by a 1.5-litre diesel engine and the 1.2-litre petrol engine.