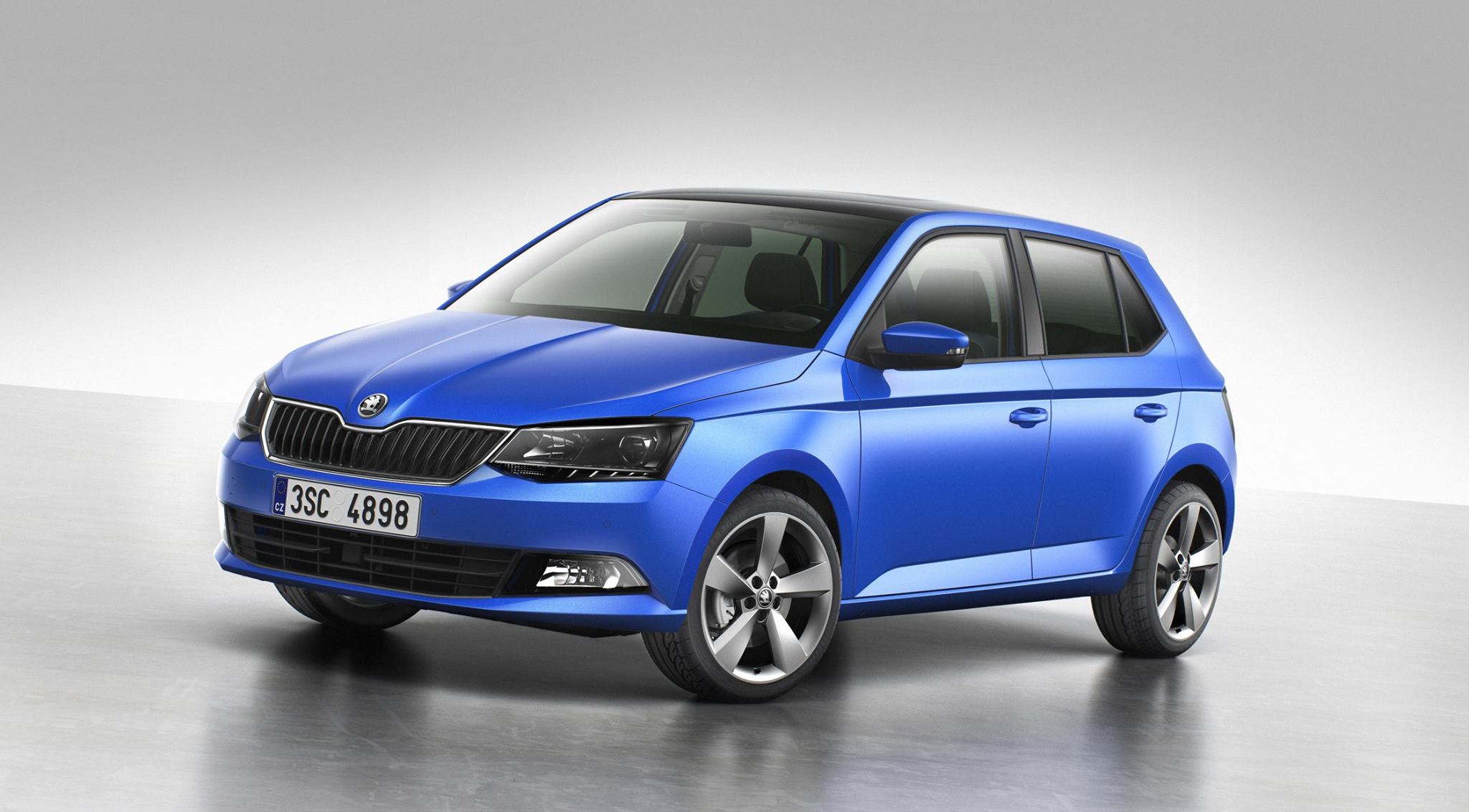 Czech car manufacturer Skoda has recently revealed the new generation 2015 Skoda Fabia hatchback, which is scheduled to make its first public premiere at 2014 Paris Motor Show. It is said that the new model is based on the PQ26 platform, which is a thoroughly modified PQ25 platform. However, fresh media reports suggest that the new Fabia hatchback uses 50 per cent of VW’s MQB modules and around 40 per cent of the improved second generation platform (aka PQ26), while the remaining 10% are nothing more than the PQ25 parts from second generation Fabia.

It was believed that the new 2015 Skoda Fabia is based on VW’s PQ26 platform, which also underpins the VW Polo facelift. The new model looks more appealing and aggressive than the previous model. It features a new Octavia inspired grille flanked by projector headlamps. The headlamp unit has several elements including projector, halogen, and clear lens turn indicators and LED daytime running lights.

The hatchback is propelled by Euro 6-compliant three and four cylinder engines. The petrol version of the car gets three-cylinder direct-injection 1.0-litre MPI engine producing 60PS and a four-cylinder 1.2-litre TSI unit that produces 110PS. On the diesel side, the vehicle features a new three-cylinder 1.4-litre common-rail direct-injection engine outputting 75PS and 105PS. The start-stop and kinetic energy recuperation system will come as standard features. The transmission options are likely to the five-speed manual or a DSG dual clutch gearbox.