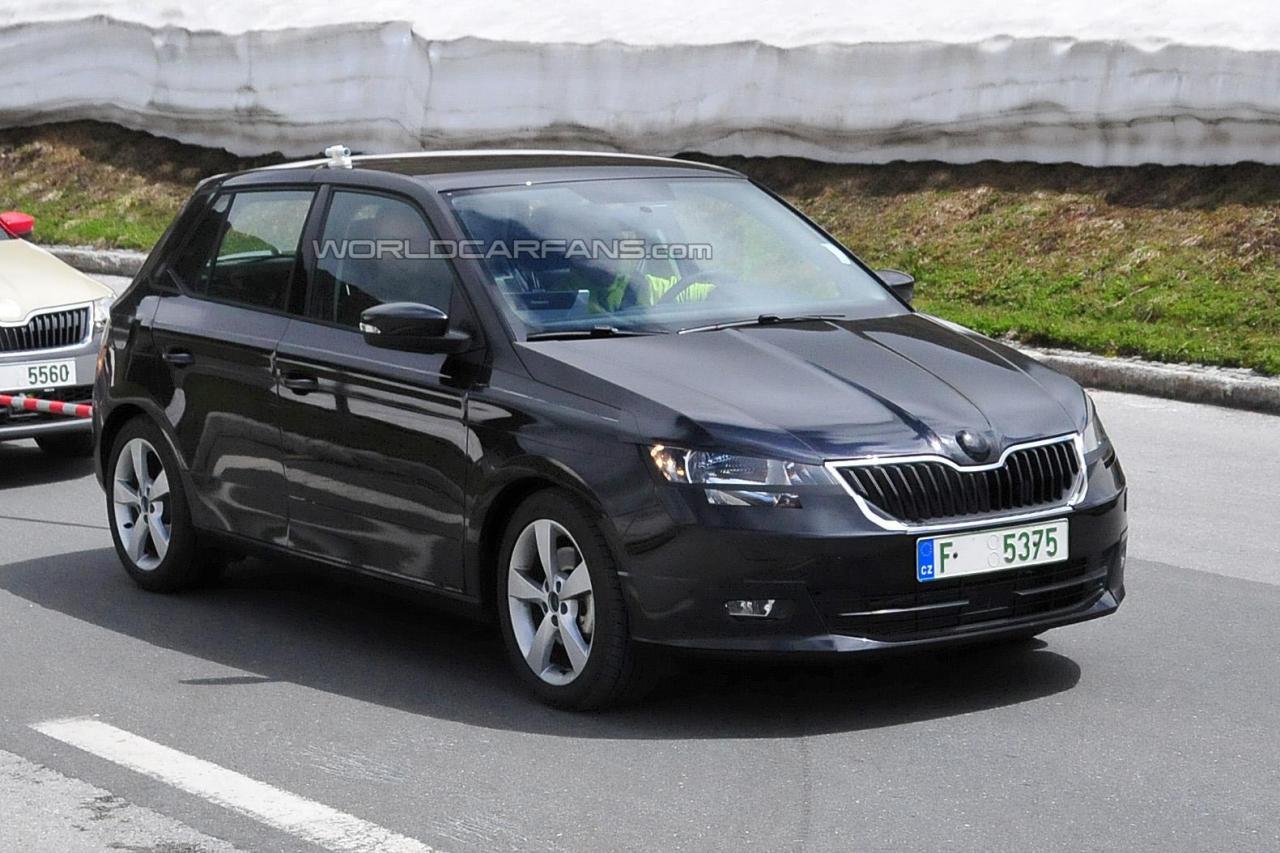 Skoda will unveil the next generation 2015 Skoda Fabia hatchback at the 2014 Paris Motor Show. This model will hit the production line later this month at the company’s Mlada Boleslav production unit. It was speculated that the new Fabia will be based on the Volkswagen MQB platform; however, the company opt for the modified PQ25 architecture that also underpins the current model.

The company has also revealed the engine specifications of the new Skoda Fabia. At the time of launch, the new hatchback will be available with as many as seven engine options in the EU nations. There will be four petrol and three diesel engines on offer, all motors will be EU6 compliant. Moreover, the start-stop and kinetic energy recuperation system will come as standard features. The company will source the transmission with the Polo hatchback i.e five-speed manual or a DSG dual clutch box.

The petrol engines will be the newly developed engines that are three- and four-cylinder layout. There will a new 1.0-litre three-cylinder and 1.0L 4-cylinder turbocharged engine on offer. The four-pot motors will develop a range of power output- 60 to 110bhp.  The oil burners will get turbocharging and this engine is made up of aluminium. The 1.4-litre engine would offer a range of power from 74 to 103bhp.

The new 2015 Skoda Fabia hatchback features the familiar corporate look with wider chrome grille which is complemented by narrow headlamps. It looks quite identical to the bigger Skoda’s like Rapid and Octavia. Its shorter C-pillar adds a sporty character and the greenhouse area is also different from the current model.