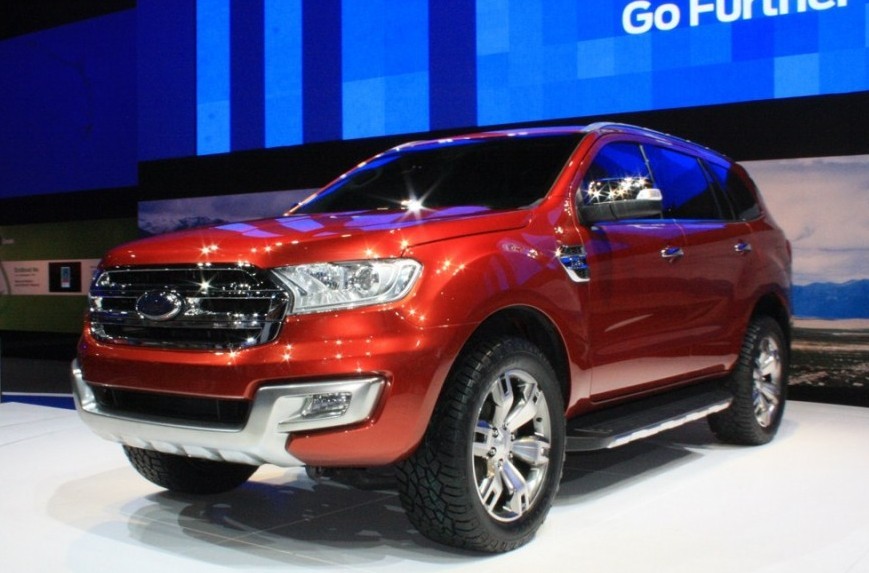 Ford Motor Company is all set to give its flagship SUV Endeavour a makeover and present it in a never-seen-before avatar. And, now new details have emerged about the SUV which is all set to make its début next year. It is an India-bound SUV and would be hitting the Indian shores by mid 2015.

Being touted as the “Most comprehensively researched vehicle Ford has ever created in the Asia-Pacific region”, the creation of Endeavour involved enormous market research and consumer feedback. In fact, the Chinese buyers represented “more than 50 percent” of the sampling size for feedback, reports Ford Motor Company. The American automajor further elaborated by saying that buyers in the Asai Pacific region were vouching for “tough and powerful off-road SUV with the flexibility, features, and comfortable and dynamic on-road feel required for everyday driving.” Also, the consumers intended to have “bold design” and a comfortable interior with “plenty of space for family and friends.” Did we forget to mention that aerodynamic design and fuel efficiency were also the top-notch priority for the buyers.

However, Ford without revealing much about the production version, confirmed that the 2015 Ford Endeavour would have one of the lowest drag coefficients in its class. The company also divulged that it had had build around 200 prototypes and they have finished testing by going over 10 Lakh kilometers of test runs in extreme conditions ranging from ice-covered lakes in Sweden to mountains in New Zealand.