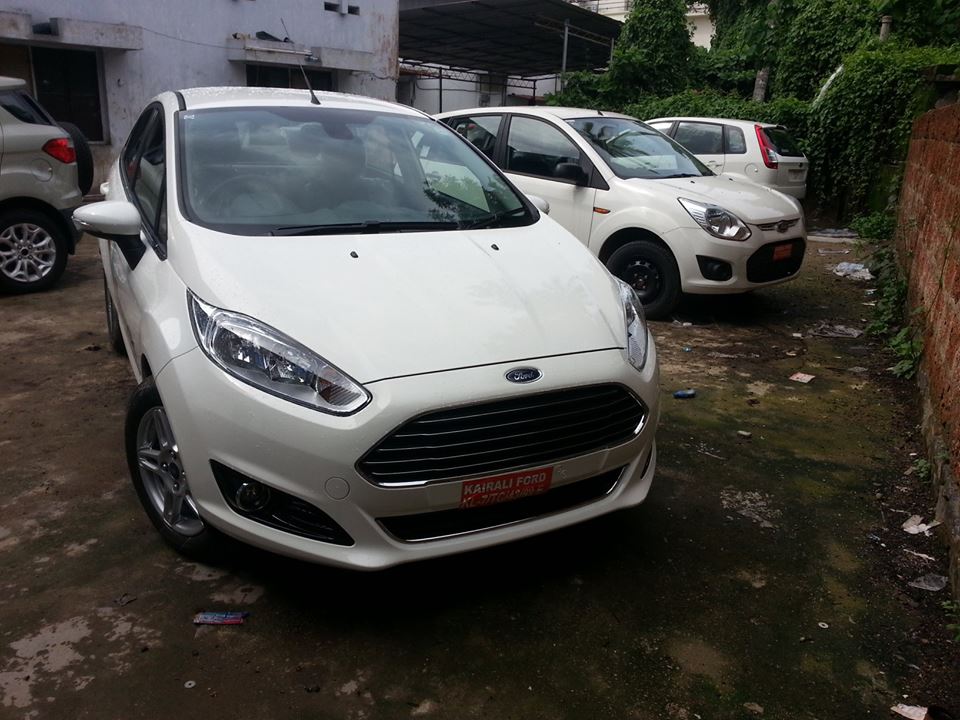 We reported earlier that Ford will launch the Fiesta facelift in India by second half of this month. Now, Mr. Saju Kuruvilla from Kochi has spotted the sedan at one of the dealer parking lot. It seems like the company has started dispatching the Fiesta facelift to dealerships, indicating a near launch. The Ford Fiesta facelift will only come in diesel version, while the petrol version is likely to come by year end. It is propelled by the 1.5-litre diesel engine that produces 90bhp. Power is transmitted to front wheels via a five-speed manual gearbox. The vehicle will be offered in three trim levels- Ambiente, Trend and Titanium. The new Ford Fiesta gets new front fascia which includes an all-new Aston Martin-like front grille with chrome inserts, revised bumper, and new headlamp and fog lamps. The bonnet features striking lines which flow upwards and meets the A-pillar of the car. The sides look similar to the previous model; however, the wheels and the wheel arches have been tweaked. At the rear, the Fiesta facelift has updated tail lamps, a new deck lid and bumper with chrome inserts.