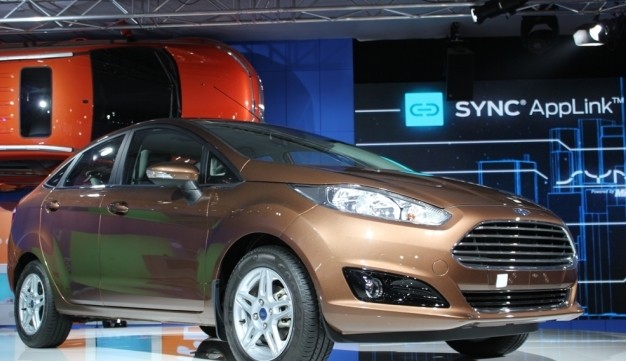 Ford India will launch the new 2014 Fiesta facelift in the country this month. The company is setting up a test drive event for the sedan soon, and our sources suggest that the vehicle will be launched by the 3-4 week of this month in a small event. Moreover, the Fiesta facelift will only come in diesel version, while the petrol version is likely to come by year end. Unveiled at the 2014 Delhi Motor Show, the updated sedan will compete against the likes of new Honda City, Hyundai Verna and Fiat Linea facelift.

The 2014 Ford Fiesta facelift will come in three trim levels- Ambiente, Trend and Titanium. Under the hood, it gets the 1.5-litre turbocharged diesel engine that is capable of developing a top power output of 90bhp. Power is transmitted to front wheels via a five-speed manual transmission gearbox. At the later stage, Ford will launch the petrol model which is likely to be powered by the 1.5-litre engine. The company might also launch the 1.0-litre EcoBoost engine that also powers the EcoSport SUV.

The new Ford Fiesta sedan gets some smart, subtle upgrades which make it look sporty and refreshing. Its front façade gets an all-new aggressive Aston Martin-like front grille with chrome inserts. Its revised bumper features a new headlamp and fog lamps. The hood has striking lines which visually flow upwards and meets the A-pillar of the car. Its side profile looks identical to previous model; however, the wheels and the wheel covers have been tweaked. The rear profile looks refreshing, and now features new tail lamp assembly which is now larger in size than its predecessor. The vehicle also has new deck lid and bumper with chrome inserts.