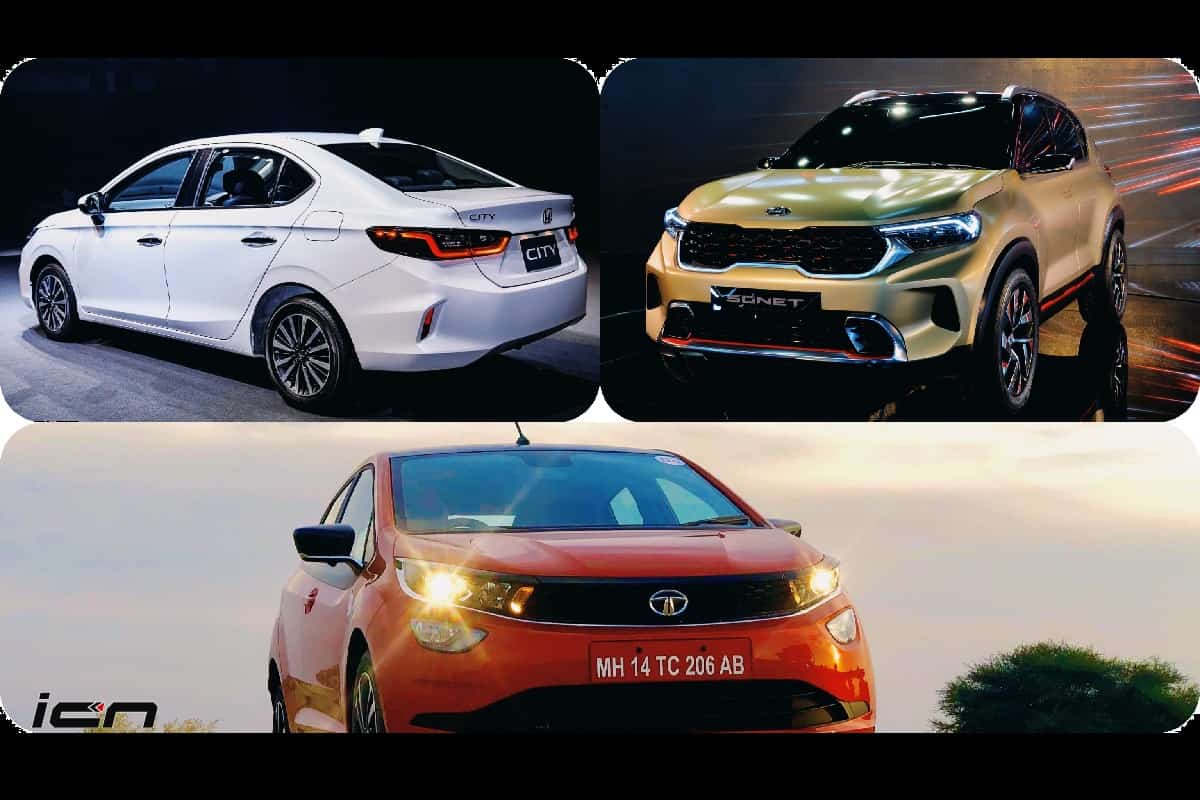 Due to the ongoing COVID-19 pandemic and the nationwide lockdown, several new car launches have been delayed. Now, the lockdown has partially been lifted in some states and soon likely to be end across the nation in coming weeks. With this move, all the halted new models will see a release in the country. There will be at least 17 new cars launches that will happen in the next 1-2 months. Here’re the brief details of the models.

Showcased at the 2020 Auto Expo, the Maruti Suzuki S-Cross petrol has already been listed on the company’s Nexa website. Powering the crossover will be the BS6-compliant 1.5L K15B petrol motor borrowed from the new Vitara Brezza. The engine will be boosted with the 12V mild hybrid technology that will enhance its fuel efficiency and performance. Both manual and automatic transmissions will be on offer. The S-Cross petrol will also receive minor cosmetic and feature upgrades.

The Indo-Japanese carmaker recently introduced an updated infotainment system to the Swift hatchback lineup. In coming months, the vehicle will get a minor update in the form of a 1.2L Dualjet petrol SHVS engine. It will be more powerful and fuel efficient than the existing engine. The Dualjet motor pushes out a peak power of 90PS and a peak torque of 113Nm. The hatchback is likely to receive subtle changes inside and out.

The fifth-generation Honda City, which was scheduled to be unveiled on 16th March, will hit the roads post lockdown. The sedan’s new model will be bigger than Hyundai Verna and Maruti Suzuki Ciaz. In fact, it will be longer, wider and taller than its current generation. Major changes will be made to its exterior and interior. Under the hood, the 2020 Honda City will feature the BS6 1.5L petrol and diesel engines generating 121PS and 100PS respectively. A CVT automatic gearbox will be exclusively offered on the diesel variants.

The 2020 Hyundai Tucson facelift made its first public appearance at this year’s Auto Expo. Official bookings of the SUV were commenced before lockdown. The model will come in three trims GL 2WD, GLS 2WD and GLS 4WD with both petrol and diesel engine options. While the petrol variants will have a 150bhp, 2.0L motor, the diesel models will get a 182bhp, 2.0L unit. The SUV can be had either with a 6-speed automatic or an 8-speed automatic gearbox. Noticeable changes have also been made to its exterior and interior.

The new-generation Mahindra Thar was confirmed to launch in mid 2020. Though, it didn’t happen due to the ongoing health crisis. Now, the carmaker will bring in the all-new Thar post lockdown. The biggest change made to the off-road SUV will be the new 2.0L mStallion petrol engine pushing out 190bhp and 380Nm. The diesel version will get the BS6 190bhp, 2.2L motor with a 6-speed manual gearbox. Interior will also witness comprehensive changes including a new infotainment system. The carmaker might also improve its safety quotient by adding new features.

Mahindra TUV300 compact SUV is ready to receive a mid-life update in the coming weeks. The SUV’s updated model will feature a new honeycomb grille, newly-designed headlamps and revised bumpers. Besides minimal exterior changes, the new TUV300 facelift will receive BS6-compliant version of the existing 1.5L, 3-cylinder turbo diesel engine with a 5-speed manual gearbox. In its BS4 form, the oil burner delivers power worth 100bhp and 240Nm of torque.

Tata Motors will introduce a 1.2L turbocharged petrol engine on the Altroz premium hatchback lineup. The motor is good enough for 99bhp and 141Nm. The hatchback might also receive a dual-clutch automatic gearbox along with the standard 5-speed manual transmission. The Tata Altroz turbo is reported to hit showrooms post lockdown. Design and features of the petrol-turbo variant are likely to remain unchanged.

MG Motor India has confirmed that it will launch the Hector Plus 6-seater SUV in June, 2020. Compared to its 5-seater version, the MG Hector Plus looks slightly different with all-black grille, revised bumpers, new headlamps with thicker LED DRLs, updated taillamps and a new dual exhaust setup. The three-row SUV is 40mm longer than its younger sibling. It will also get an updated infotainment unit, a panoramic sunroof and MG’s in-car connectivity technology. Engine setup will be sourced from the 5-seater Hector.

Kia Sonet is surely one of the much-awaited car launches of this year. The subcompact SUV made its first appearance in its near production form at the 2020 Auto Expo. It’s reported to hit showrooms in month of August. The SUV will offer multiple segment-first features such as a 10.25-inch touchscreen infotainment system (largest in the segment), ventilated front seats and a Bose sound system. It will be offered with three engine options a 1.2L, 4-cylinder naturally aspirated petrol, a 1.5-litre diesel and a 1.0-litre, 3-cylinder turbocharged petrol.

Force Motors unveiled the new Gurkha at the 2020 Auto Expo. Scheduled to launch in June, the off-road SUV looks quite refreshing with elements such as newly-designed grille, revised bumpers, wheel arches with black cladding and new light clusters. Interior has been updated with a new dashboard, a new centre console with touchscreen infotainment system, revised instrument cluster and more. For power, the 2020 Force Gurkha will use the BS6 90bhp, 2.0L diesel engine with a 5-speed manual gearbox.

Post lockdown, Mahindra & Mahindra will launch the more powerful and sportier version of the XUV300 subcompact SUV. Called the Mahindra XUV300 Sprotz, the model was first showcased at the 2020 Auto Expo. Under the hood, the vehicle employs a new 1.2L mStallion petrol engine making 130bhp and 230Nm. It will be more powerful than the standard model. In fact, the XUV300 Sportz will be the most powerful petrol vehicle in its segment. Visually, it appears slightly different from the standard XUV300.

Renault is all set to launch its all-new sub-4 meter compact SUV – Kinger (codenamed HBC). The vehicle will be built on CMF-A+ modular platform that will also be used in the upcoming Nissan Magnite SUV. Reports suggest that the Renault Kinger will be the most affordable SUV to offer sunroof in the country. The new compact SUV from Renault will be equipped with a 1.0L turbo petrol engine producing 99bhp and 160Nm of torque. There will be two gearboxes on offer – a 5-speed manual and a CVT automatic.

Renault Duster turbo petrol that was unveiled at this year’s Auto Expo, was scheduled to launch in April. Now, it will hit roads post lockdown. The Renault Duster turbo petrol derives its power from a new 1.3L turbocharged motor generating a maximum power of 156bhp and 250Nm of torque. With the new gasoline, the Duster turbo will become the most powerful car in its category. The SUV will be offered with a 6-speed manual and a CVT automatic gearbox options.

Nissan Kicks will soon receive a new 1.3L turbocharged petrol engine that will also power the Duster turbo. It will push out a peak power of 156bhp, which is more than the petrol variants of the Hyundai Creta (115bhp), Kia Seltos (115bhp) and MG Hector (143bhp). The 2020 Nissan Kicks will deliver fuel economy of 16.3kmpl. The compact SUV lineup will come with a 6-speed manual and an 8-speed CVT automatic gearbox. Minor changes will also be made to its design and interior.

The Japanese carmaker confirmed that the all-new Nissan Magnite subcompact SUV will be launched in mid 2020. If reports are to be believed, it could be priced as low as Rs 5.25 lakh (ex-showroom). Similar to the new Renault Kinger, the Magnite will be designed on the CMF-A+ modular platform. It’s likely to come with a large touchscreen infotainment system with smartphone connectivity and features such as a 360 degree camera, connected car technology and automatic AC unit. The Nissa Magnite could be offered with a 1.0, 3-cylinder petrol engine with and without turbocharger. Both manual and automatic gearbox will be offered on the carline.

Toyota’s re-badged version of the Maruti Suzuki Vitara Brezza is likely to christened as Toyota Urban Cruiser. Design and styling of the vehicle might be tweaked slightly. Some of the expected changes are a new honeycomb mesh grille with black inserts, new fog lamps and a more prominent bonnet. Though, the engine setup will remain unchanged. Similar to the new Vitara Brezza, the Urban Cruiser will feature the BS6-compliant 1.5L K15B petrol motor churning out a peak power of 103bhp and 138Nm of torque.

Datsun India has confirmed that it will soon launch the 2020 Redi-Go facelift in coming weeks. The hatchback will receive the segment-first LED fog lamps along with the updated L-shaped LED DRLs, new dual-tone wheel covers and outside mirrors and updated taillamps. The 2020 Redi-GO will be offered with two new colour schemes – Brown and Blue. A few significant changes will also be made to its interior. The vehicle will come with the BS6-ready 0.8L and 1.0L petrol engines with a 5-speed manual gearbox.