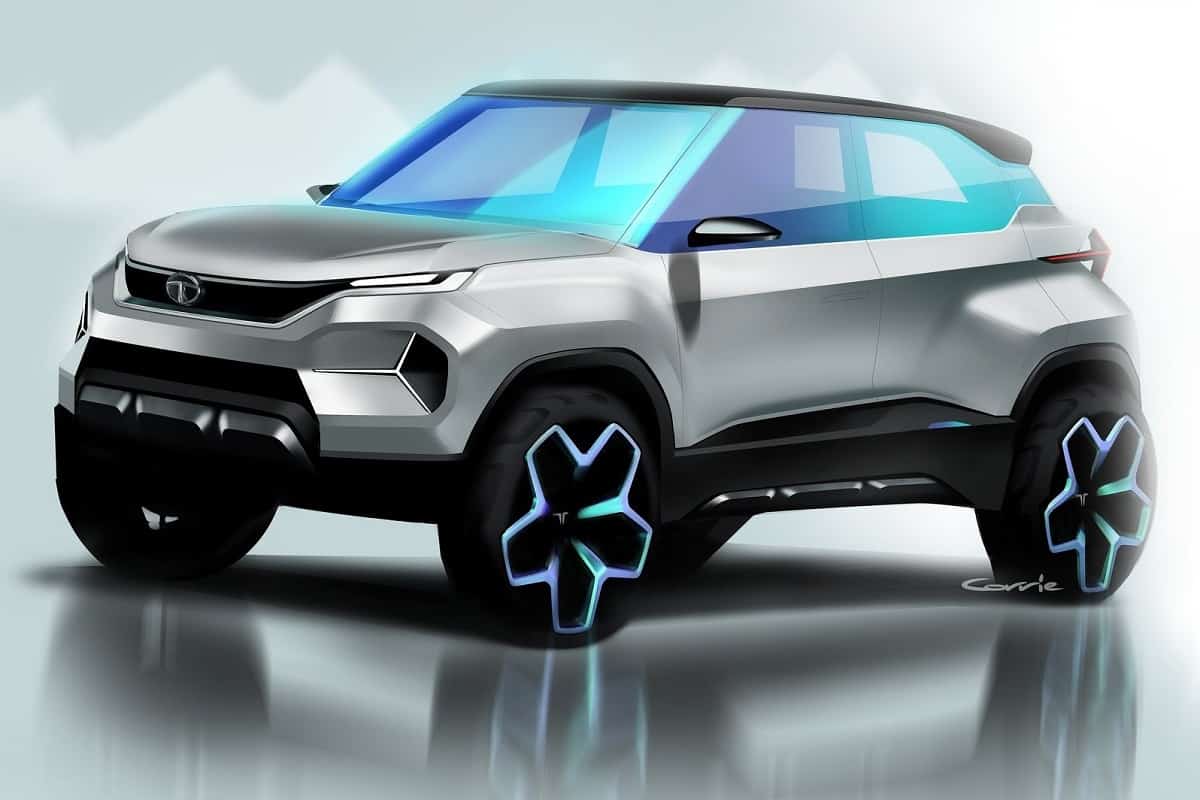 Tata Motors kicked off the New Year with the launch of Altroz premium hatchback and Nexon EV electric SUV. At the Auto Expo in February, the carmaker showcased multiple new products right from the Sierra electric SUV concept to Tata HBX mini SUV concept. Most of them will hit roads in coming years. Here, we have listed top 11 new Tata cars which are in the pipeline.

Tata Gravitas, the bigger version of the Harrier 5-seater SUV, recently made its public debut at the Auto Expo 2020. The carmaker has confirmed that the Gravitas 6-seater model will see a release in mid 2020. It will offer captain seats for the second row passengers. Compared to the Harrier, the Tata Gravitas is longer, wider and taller. Though, the wheelbase of both models is same. Under the hood, the SUV will feature a 170bhp, 2.0L turbo Kryotec diesel engine with a 6-speed manual and a Hyundai-sourced 6-speed torque convertor automatic gearbox.

The home-grown carmaker has confirmed that the Tata HBX concept based mini SUV will be launched during this year’s festive season. It will be Tata’s second production model to be designed on Alfa platform (first is the Altroz hatchback). The production version of the mini SUV will come with the BS6-compliant 1.2L, 3-cylinder Revotron petrol engine that’s good for 85bhp and 110Nm of torque. It can be had either with a 5-speed manual or an AMT gearbox.

Tata Hexa Safari Edition will be one of the new Tata cars that will soon hit showrooms. Previewed at the Auto Expo 2020, the SUV’s new model comes with a BS6-compliant 2.2L, 4-cylinder ‘Varicor’ turbo diesel engine. The updated oil burner is around 2PS more powerful than its BS4 version. The new one delivers power worth 156PS against 400Nm of torque. It will come with 4X4 drivetrain system and three transmission options – a 5-speed manual, a 6-speed manual and an automatic. Some of its key features include dual-tone Beige and Black interior theme and special badging.

Tata has confirmed the Altroz EV electric hatchback for the Indian market. While the concept version of the vehicle was unveiled at the Geneva Motor Show last year, its near production model was showcased at the recently-concluded 2020 Delhi Auto Expo. The Tata Altroz EV will employ the new Ziptron electric technology, which is already used in the Nexon EV. The battery capacity, range and power figure for the electric hatchback could be different. Design and dimensions of the electric version are exactly similar to the ICE model.

The home-grown carmaker is planning to enter into compact SUV space to challenge Kia Seltos and Hyundai Creta. Codenamed Tata Blackbird, the SUV is rumoured to be based on the Chery Tiggo 5X that’s retailed in the Chinese market. It would be too early to comment on its powertrain. Though, the reports suggest that the carmaker might bring in it with more powerful version of the 1.2L turbo Revotron and 1.5L turbo Revtorq diesel engine options. Both manual and automatic gearbox will be on offer.

Tata Motors aims to tap the mid-size sedan segment with an all-new model that will be based on the Alfa platform. Details about the new Tata sedan are scanty. Though, it’s likely to share some of its design bits with the Tata E-Vision concept that was showcased at the Geneva Motor Show last year. When launched, it will take head-to-head against the Honda City, Hyundai Verna and Maruti Suzuki Ciaz.

We have reported earlier that Tata Motors is working on an all-new MPV that will be based on the Omega (Optimal Modular Efficient Global Advanced Architecture) platform. The same architecture underpins the Harrier 5-seater SUV. Reports suggest that the new MPV will come as a replacement to the Tata Hexa. It will carry the brand’s Impact 2.0 design philosophy and is likely to be offered with 8-seats layout.

The home-grown carmaker is also working on a SUV coupe that will underpin the Omega platform. As of now, there is no information about its design and engines.

The new Tata Harrier is one of the much-awaited new Tata car launches. The SUV’s updated model is likely to witness significant cosmetic changes and feature upgrades. More details are likely to be revealed in near future. Recently, the Harrier gets an automatic gearbox, a sunroof and subtle design changes. The SUV also receive a BS6-compliant, more powerful 2.0L Keyotec diesel engine producing 170bhp.

Tata will give a generation change to its highly popular subcompact SUV – Nexon. The new model will be designed on the Alfa (Agile Light Flexible Advanced) platform that underpins the Altroz premium hatchback. The SUV is likely to receive major aesthetic changes along with the up-market interiors.

The Tata Tiago will also enter into its next-generation in coming years. Similar to the Nexon, the Tiago hatchback will ditch its existing platform for the Alfa architecture. More details about the product might surface in near future.

The Tata Tigor, the subcompact sedan from the home-grown carmaker, is ready to enter into its new-generation in coming years. The updated model will be based on the Alfa platform and manufactured at the carmaker’s Sanand based plant in Gujarat alongside the other Alfa architecture based vehicles.