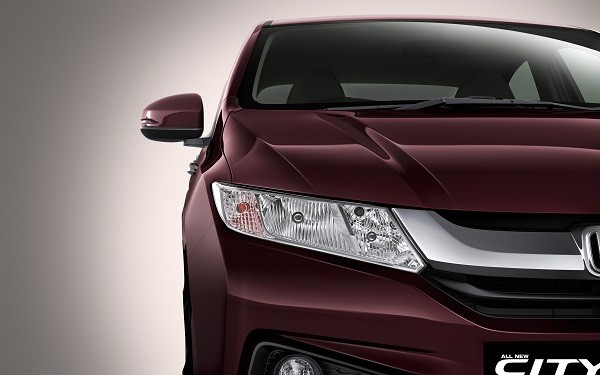 Q: What is the mileage of New Honda City in City and highway?

Ans: The new City’s both, petrol and diesel, models return an impressive mileage. The 1.5-litre i-VTEC petrol manual model returns 17.4kmpl, and interestingly, the petrol automatic is claimed to return an even more impressive 18kmpl. The city mileage for both, manual and automatic, versions is around 12-13kmpl. Whereas, the 1.5-litre i-DTEC diesel engined City with 25.8kmpl of mileage on highway and around 20kmpl on city roads, is one of the most fuel-efficient car in the country today.

Q: What is the waiting period for New Honda City?

Ans: The waiting period for the Honda City is around 3-4 weeks, depending upon the city, region, color and engine options.

Q: Compare New Honda City vs Old Honda City, what is the difference between new and old City?

Ans: The new model is more spacious, comfortable and feature-rich than the earlier generation. The biggest change is the introduction of diesel engine, which is claimed to be the most fuel efficient diesel engine in India. However, the 1.5-litre i-VTEC petrol remains unchanged. There are several changes in the design as well, making it look sportier and more aggressive than before.

Q: What is the new Honda City’s Price?

Q: What is the top-speed of New Honda City?

Ans: Both petrol and diesel versions of the 2014 City touch around 180kmph without any problem.

Q: What is the on road price of New Honda City?

Q: Tell me about the New Honda City’s boot space?

Ans: Having an extended wheelbase, the new City is more spacious than before. It has a boot space of 510 litres, which makes it one of the spacious car in that regard.

Q: What is the New City’s fuel tank capacity?

Ans: Being a premium sedan, the City has always offered a good fuel tank capacity. The new model too carries a 40-litre fuel tank.

Q: How is the City’s pick-up or acceleration?

Ans: Both the petrol and diesel versions of new Honda City are capable of touching 100kmph from stand-still in about 10 seconds, with a top-speed of around 180kmph.

Q: What are New Honda City’s safety and other features?

Q: How is the performance of New Honda City?

Ans: The City is a car that loves speed. The well designed chassis, low kerb weight and aerodynamic exterior excite driver to drive it both on highways and city. It offers a superb grip and ride and handling at high RPMs. The only problem is the wheel noise that gets audible at higher speeds.

Q: Does the new City come in diesel engine?

Ans: Yes, the 2014 City has been made available with a 1.5-litre i-DTEC diesel engine. This is the same engine found under the Honda Amaze.

Q: What is the new Honda City Ground Clearance?

Ans: The new model comes with a large decent ground clearance of 165mm, which is 5mm more than the previous model.

Q: Tell me the cheapest variant or model of New Honda City?

Q: Does the New Honda City come in LPG or CNG version?

Ans: Initially, New Honda City hasn’t be offered with a LPG or CNG variants, but in future the company may bring such a version. However, the company hasn’t yet officially said anything on this.

Q: How much is the Power of New Honda City diesel?

Q: Which is a better value for money car – New Honda City or Honda Amaze?

Q: How much is the new Honda City’s booking amount?

Ans: The booking amount for the City is around Rs 50,000 to 1 lakh depending upon the region.