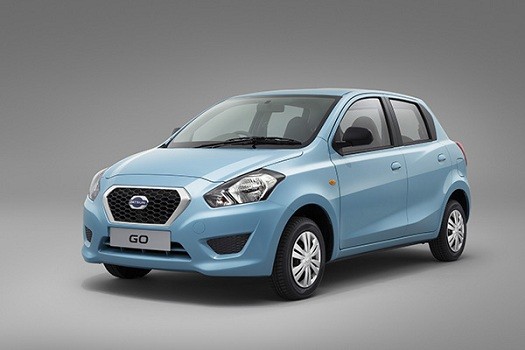 Datsun Go hatchback will be the first product from Nissan’s low-cost car brand Datsun, which was phased out in the year 1986. The company has revived the brand for growing markets including India, Russia, Indonesia and Africa. So here we bring you the answers of all the queries being asked on Datsun Go.

1.  What will be the price of Datsun GO?

Ans: Since Nissan has reintroduced the brand to once again target the growing middle class, so it will produce several low-cost cars including the Datsun Go. The Datsun Go will be the company’s first ever car, to be launched in 2014, and the company has disclosed to bring it in below Rs 4 lakh price. However, we are hoping it to come at as low as Rs 3 lakh to rival Alto 800, Hyundai Eon, Chevrolet Spark and likes.

2. What are the engine specifications of Datsun GO?

Ans. Datsun Go will come with the similar 1.2 litre petrol engine, which also comes in Nissan Micra. Datsun GO’s engine will have the displacement of 1198cc, which will pump out the power of 67bhp at 5000 RPM, and the maximum torque of 104Nm at 4000 RPM. The 1.2-litre petrol engine of Datsun GO will be capable to produce the mileage of around 18-19kmpl, though after a little tweaking in design, dimensions and mechanics of the car, this could go upto 22-23kmpl, as both the competitors Alto 800 and Eon are producing that much.

3. What are the features of Datsun GO?

Ans. The Datsun GO will sit below Rs. 4 lakh and in this range the Alto 800 and Hyundai EON comes, so the Go will be loaded with some advanced technology features such as engine immobilizer, central door locking with remote keyless entry, a low fuel warning lamp, a head lamp and seat belts for added safety of the passengers and wiper for the large windscreen etc.

4. What will be the safety features of Datsun GO?

Ans. We can expect some advanced features like airbags, engine immobilizer, ABS among other standard features that we seen in the cars of this range.

5. When Datsun Go will launch in India?

6.  What is the fuel efficiency of Datsun GO?

Ans. The Datsun GO will deliver the mileage of around 18kmpl in city and around 22kmpl on highways.

7. Will Datsun Launch the Diesel Variant of ‘GO’ in India?

Ans. The company hasn’t disclosed any such plans, Datsun Go will come in petrol trims only, though the success of Datsun Go might give an option to its maker to fit a small diesel engine as well, which they don’t have at this point of time.

8. What is the Expected Price of Datsun GO?

Ans. The price of Datsun GO will sit below under Rs. 4 lakh.

9. What is the Ground clearance of Datsun GO?

Ans. The Ground clearance of GO will be 150mm.

Ans. Both cars are good on their parameters but Maruti Alto 800 scores more in terms of maintenance cost, wide service service network, whereas in the case of Datsun, it’s in the introductory phase only, so after-sales services will be a challenge for Nissan to handle, if they manage to sell the car in numbers. However, In terms of design and features, Datsun Go has an upper hand over its rivals, fuel economy will probably be as competitive as others.

11. Will Nissan sell the Datsun GO or there will be an independent dealership for Datsun cars?

Ans. Initially, Nissan Motors will only sell the Datsun GO in India, it’ll be early to comment whether they will set up a new dealership base for the Datsun brand or not.

12. What is the maintenance cost of Datsun GO?

Ans. As the car has not been launched yet in India so it will be quite tough to tell about the maintenance cost, but it will be as less as other rivals including Alto 800 and Hyundai Eon.

13. Will Datsun GO give the tough rivalry to Maruti, Hyundai and Chevrolet?

Ans. Yes, the car is looking quite promising; everybody in the industry appreciated the product, so it has the potential to give a tough competition to its rivals like Maruti and Hyundai.

14. What is the performance of Datsun GO?

Ans. The performance of Datsun GO will be better than the likes of Maruti Alto 800 and Hyundai EON, as it will feature with 1.2 litre petrol engine, which will churn out the power of 67bhp and the fuel efficiency of 22kmpl.

Ans. In terms of Power, design and dimensions, Datsun Go is surely a better car than the Alto 800, and if it manages to return the mileage and after-sales services as good as Alto 800, it can surely become an arch rival.