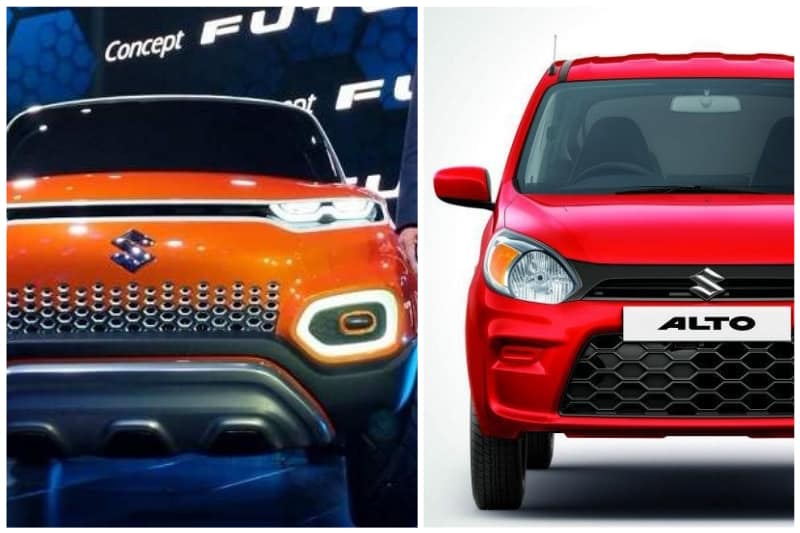 Maruti Suzuki S-Presso, the all-new mini SUV from the home-grown carmaker, is ready to hit showrooms on coming 30th September. To be sold via Maruti Suzuki Arena showrooms, the S-Presso will take directly on the Renault Kwid and entry-level variants of the Hyundai Santro. In fact, it will also compete with its younger sibling – Maruti Suzuki Alto.

In the company’s product lineup, the Maruti S-Presso is expected to position above the Alto. While the former is likely to be priced from Rs 4.5 lakh, the latter comes in the price range of Rs 2.93 lakh – Rs 4.14 lakh (ex-showroom, Delhi). Read – Maruti Suzuki S-Cross & Vitara Brezza To Get Petrol Engine This Year

That means, the S-Presso is 120mm longer, 100 wider, 89mm taller than the Alto. In fact, the former has 20mm longer wheelbase. Compared to the Maruti Alto that carries a kerb weight of 726kg, the new mini SUV is 4kg lighter.

Powering the Maruti S-Presso will be a BS6-ready 1.0L, 3-cylinder petrol engine, sourced from the Alto K10 and entry-level WagonR variants. The gasoline motor, with a 5-speed manual and an AMT gearbox, produces a peak power of 68bhp with 90Nm of torque. Read – Maruti May Launch Diesel Cars In Future

The Maruti Alto, on the other hand, comes with a BS4-complaint 0.8L, 3-cylinder petrol engine making a top power of 48bhp with 69Nm of torque. The hatchback gets a 5-speed manual gearbox as standard.

On the fuel efficiency ground, the Maruti Alto will have an upper hand. The new mini SUV from the Indo-Japanese carmaker is estimated to deliver mileage around 20kmpl, while the Alto returns a claimed fuel economy of 24.7kmpl.