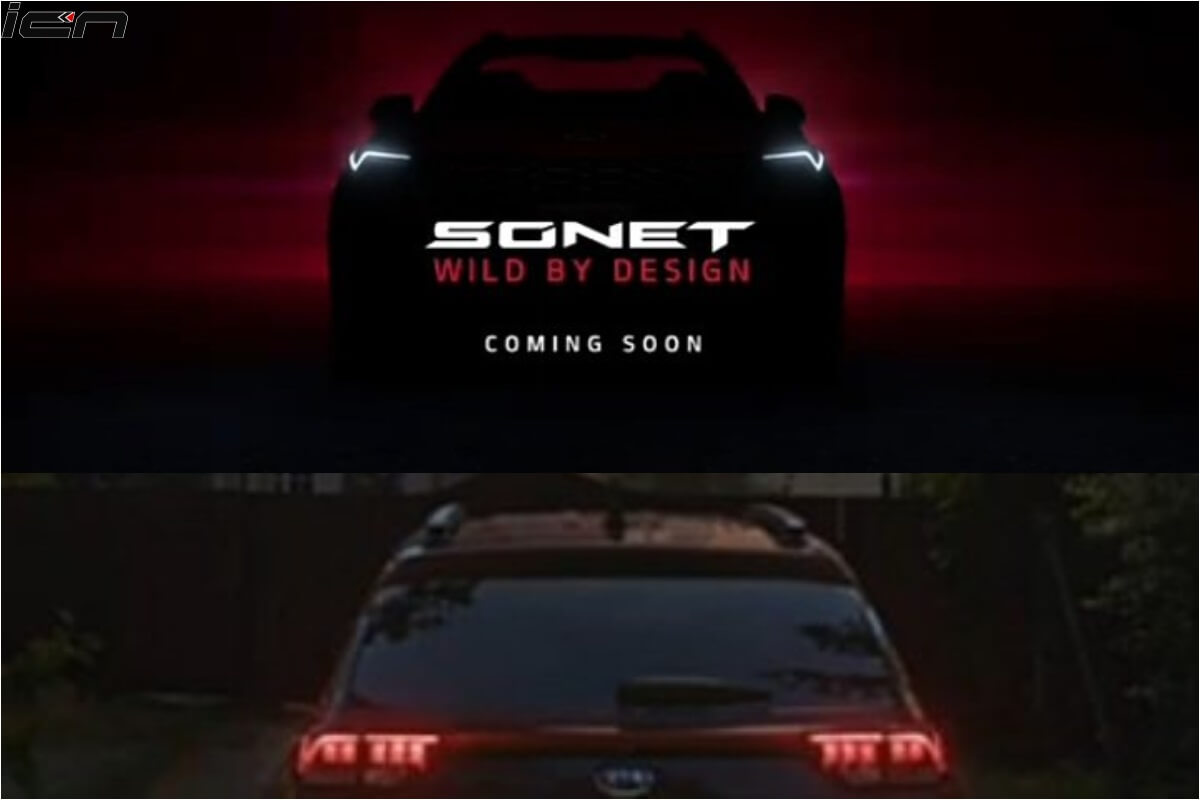 The long-awaited Kia Sonet production version will make global debut digitally on August 7, 2020. Unveiled at the 2020 Auto Expo in the concept form, the Kia Sonet will be the brand’s third product in the Indian car market. Now, the company has released the first teaser video of the upcoming Kia Sonet compact SUV with a tagline – “Wild By Design”.

The new teaser video reveals the upper half of the rear profile and LED daytime running lamps. The Kia Sonet will be the newest model in the fast-growing sub-4 meter SUV segment, which comprises of Maruti Suzuki Vitara Brezza, Ford EcoSport, Mahindra XUV300, Hyundai Venue and Tata Nexon.

While the Hyundai Venue features more boxy-profile, the Sonet has more crossover-ish profile with styling cues from Sonic SUV. The production-ready model is likely to feature 16-inch alloy wheels. It comes with sloping roofline, roof-integrated spoiler with brake-lights, raked windscreen and blackened C-pillar. The SUV has wrap-around LED tail-lamps. There is a red strip that connects the two tail-lights.

Kia will aim to launch the Sonet as a premium model and will be equipped with high-end features. It will receive an 8-inch touchscreen infotainment system with smartphone connectivity along with UVO Connect connected technology. Some of the features expected in the compact SUV include electric sunroof, wireless charging, automatic climate control, keyless entry and go, etc.

The Kia Sonet will also receive the iMT (Intelligent Manual Transmission) system, which has recently been introduced in the new Hyundai Venue. The iMT is basically a clutchless manual transmission. The small SUV is rumoured to be launched in our market in September-October 2020. It is expected to be priced in the range of Rs 7 lakh – Rs 11 lakh.