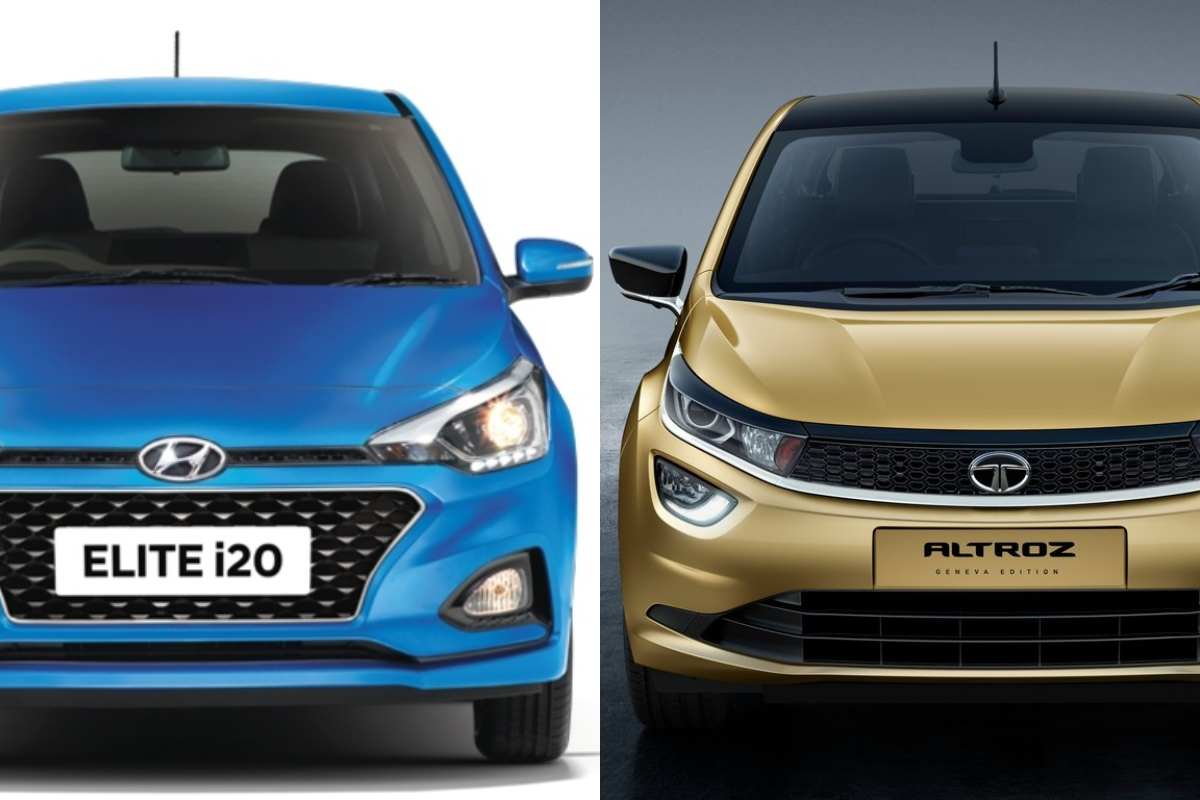 Tata Motors has launched the long-awaited Altroz premium hatchback in the country at a starting price of Rs 5.29 lakh. The new model also mark the debut of brand’s new ALFA modular architecture. The premium hatchback segment is currently dominated by Maruti Baleno and the Hyundai i20; however, Tata Motors now challenges these two popular cars with the Altroz hatchback. We have already compared the Maruti Baleno and the Altroz, and here, in this article we compare the specifications, dimensions and features of the Altroz and Hyundai i20 .Check out Tata Altroz Vs Hyundai i20 Price, Specifications, Dimensions and Key Features –

Tata Altroz Vs Hyundai i20 – Price

The Hyundai i20 hatchback is available in petrol and diesel guise. While the petrol range is priced between Rs 5.60 lakh and Rs 9.21 lakh, the diesel version cost Rs 6.98 lakh for the base model and Rs 9.41 lakh for the top-end variant.

Tata Altroz has undercut the prices of its direct rivals including the i20 and the Baleno. The hatchback is priced at Rs 5.29 lakh for the base petrol model and Rs 7.69 lakh for the top-end petrol model. The diesel range starts at Rs 6.99 lakh and goes up to Rs 9.29 lakh. Clearly, the Altroz is significantly cheaper than the i20 hatchback .

Tata Altroz Vs Hyundai i20 Specifications

Tata Motors has launched the Altroz hatchback with 2 BSVI compliant engines – a 1.2-litre, 3-cylinder petrol and a 1.5-litre, 4-cylinder diesel. While the former is capable of producing 86bhp of power and 113Nm of torque, the oil burner is good for 90bhp and 200Nm of torque. Power is transmitted to the front wheels via a 5-speed manual gearbox. Also See – Tata Altroz Vs Maruti Baleno

The Hyundai Elite i20 is available with 2 engine options – a 1.2-litre, 4-cylinder naturally-aspirated petrol and a 1.4-litre U2 CRDi diesel. The petrol engine is offered with 2 gearbox options – a 5-speed manual and a CVT automatic, while the diesel unit is paired to a 6-speed gearbox. The gasoline engine produces 83bhp and 117Nm, while the 1.4L CRDi unit produces 90bhp and 224Nm of torque.

Tata Altroz Vs Hyundai i20 – Dimensions

Based on the new ALFA modular architecture, the new Tata Altroz sits under 4 meter in length. It measures 3990mm in length, 1755mm in width and 1523mm in height with a wheelbase of 2501mm. It has ground clearance of 165mm and offers a boot space of 345-litres, which can be further extended to 665-litres by folding the rear seats.