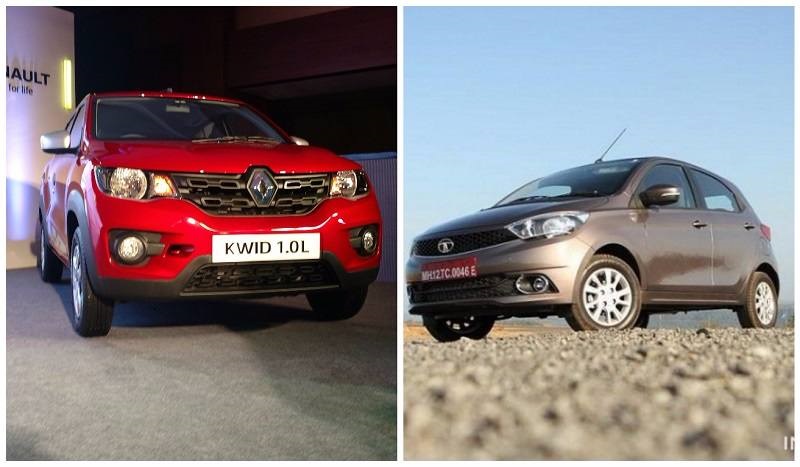 Renault Kwid 1000cc Vs Tata Tiago – Here is a specifications based comparison between the two entry-level hatchbacks.

Launched in September 2015, the Renault Kwid small car has received an excellent response from car buyers in India. The company has registered over 1.65 lakh pre-orders for the 800cc model, which currently commands a waiting period of around 6-9 months. Over 80,000 units of the hatch have already been delivered to customers. With an aim to capitalize on the growing popularity of the Kwid, Renault India has launched the 1000cc version of the hatchback that offers a better value for money proposition. The vehicle carries forward the same SUV inspired profile, touchscreen navigation and huge 300-litres of boot space. It is the longest car in its league, making it a worthy competitor to cars above one segment. This small car directly rivals the Maruti Suzuki Celerio, Alto K10, Wagon R and the Tata Tiago. Here we bring you a spec based comparison between the Kwid 1000cc and the Tata Tiago. Read More- Renault Kwid 1000cc Vs Maruti Alto K10

The Kwid small car is available in two grades- RxT and RxT (O). While the former is priced at Rs 3.82 lakh, the RxT Optional trim is tagged at Rs 4.38 lakh (ex-showroom Delhi). On the other hand, the Tata Tiago is available in both petrol and diesel fuel options. The petrol version is priced in the range of Rs. 3.20 lakh to Rs. 4.38 lakh (ex-showroom Delhi).

Under the bonnet of the Kwid is a 1.0-litre SCe, 3-cylinder petrol engine that is capable of producing 67bhp of power and 91Nm of torque. Power will be transmitted to the front wheels of the small car via a 5-speed manual transmission. An AMT-equipped version will also be launched on later stage. 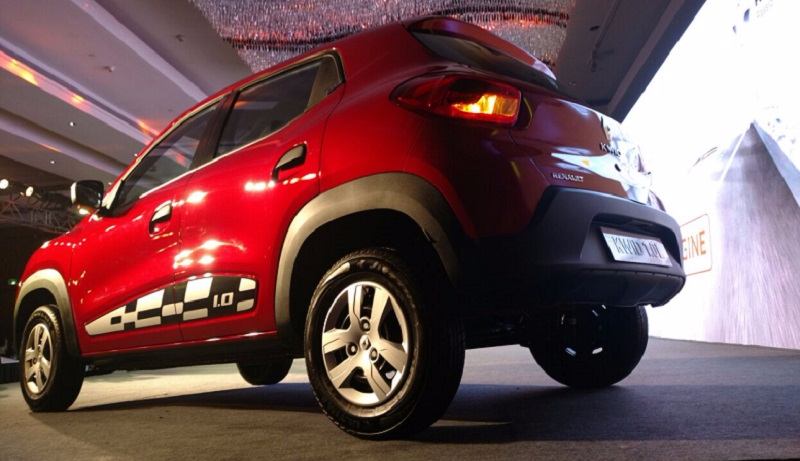 The petrol avatar of the Tiago is powered by a new 1.2-litre Revotron engine that also powers the Bolt and the Zest. This engine churns out a maximum power output of 84bhp and a peak torque of 114Nm. The vehicle is also available in diesel version, which is propelled by a 1.05-litre Revotorq engine producing 69bhp of power and 140Nm of torque. Power is transmitted to the front wheels via a 5-speed manual gearbox. The vehicle will also get an AMT gearbox, but on later stage.

Despite being the most powerful car in its league, the Tiago delivers excellent fuel efficiency. The vehicle claims to have an ARAI certified fuel economy of 23.84kmpl. On the other hand, the Kwid 1000cc is claimed to return an ARAI certified mileage of 23.01kmpl. 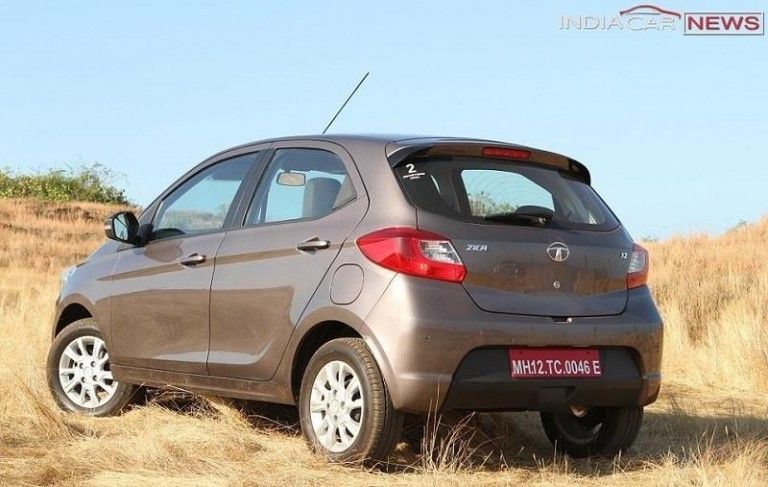 The Kwid 1000cc dimensions are similar to that of the regular 800cc model. It measures 3,679mm, 1,579mm and 1,478mm in length, width and height, respectively. The vehicle comes with a wheelbase of 2,422mm and has a ground clearance of 180mm, which is more than sufficient to tackle Indian road conditions. The small car weighs 700kgs, which makes it 40kg heavier than the regular car. The Kwid rides on 13-inch steel/alloy wheels. It comes with a large boot space of 300-litres, which is the biggest in its league.

Talking about Tiago, the small hatch is 3,746mm long, 1,647mm wide and 1,535mm tall, and has a wheelbase of 2,400mm. It is 67mm longer, 58mm wider and 57mm taller than the Kwid 1000cc, but has a 22mm shorter wheelbase. Weighing 950kgs, the hatch has a ground clearance of 170mm. While the entry level variants feature 13-inch steel wheels, the top-end model comes equipped with 14-inch alloys. The vehicle comes with a boot space of 235-litres, which is more than sufficient to accommodate weekend bags.

The Kwid 1.0-litre is available in top-trim only – RxT – which is equipped with all the features that are accessible in the Kwid 800 RxT variant. The overall styling of the 1000cc model is similar to the regular model, except for the few changes like new body decals and 1.0 SCe badging. Talking about features, the vehicle gets a 7-inch MEDIANAV touchscreen system, driver side airbag, fog lamps, leather wrapped steering wheel, new digital tachometer, central locking, ‘Pro-Sense’ seat belt pre-tensioners, rear parcel tray, chrome-inserted instrument cluster, gloss grey ORVMs caps, internally adjustable ORVMs and few others.