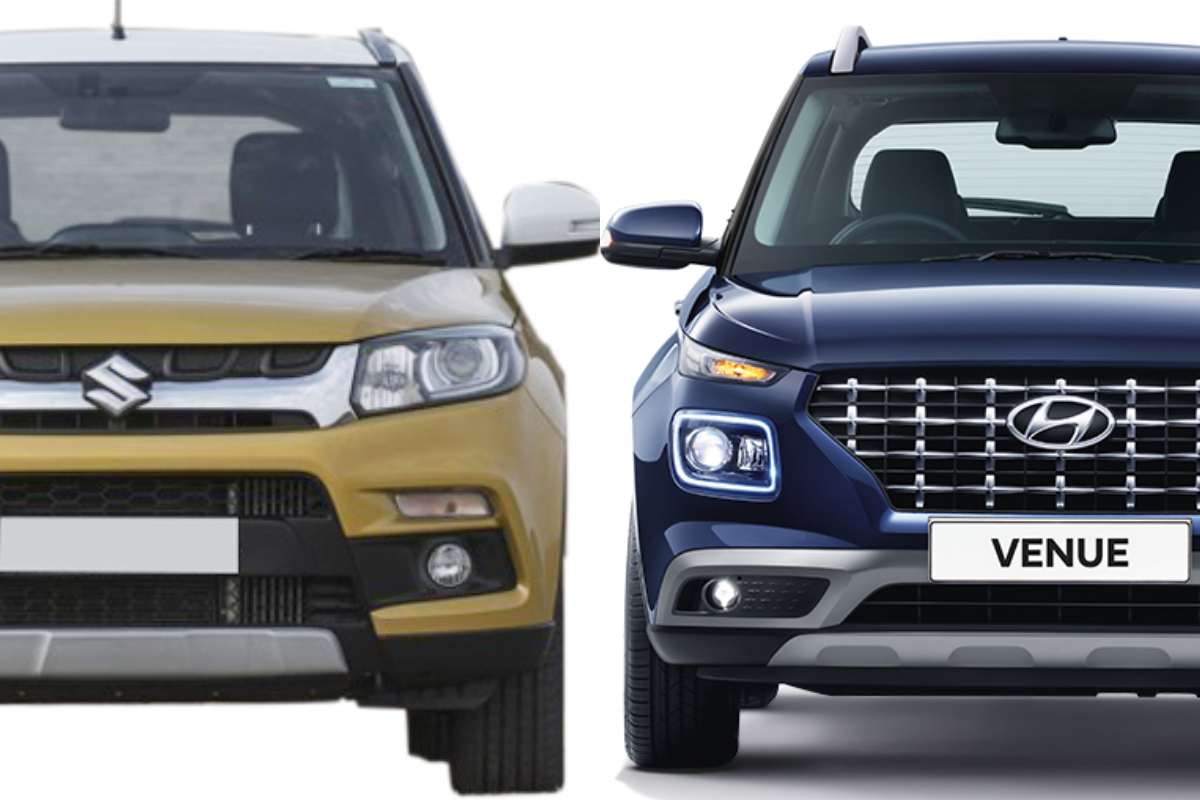 Maruti Suzuki Vitara Brezza has been the best-selling SUV in the category for a long time. Despite being available with a sole 1.3L diesel engine, the Brezza manages to beat all its contemporaries that are available with multiple engine options. The sales number dipped a bit after the launch of the Hyundai Venue; however, it manages to retain the top-position.

Maruti Suzuki has already announced to cease the production of diesel cars, and will focus on improving its petrol portfolio. The company is all set to launch the petrol powered Vitara Brezza in the next couple of months. In this article, we compare the Maruti Suzuki Vitara Brezza petrol with the Hyundai Venue petrol.

For the first time, the Maruti Suzuki Vitara Brezza will be offered with a petrol engine option. It will be powered by a BSVI compliant 1.5-litre K15B, 4-cylinder petrol engine with dual-battery SHVS mild hybrid system. This engine currently powers the XL6, Ertiga and the Ciaz. It churns out a maximum power output of 105bhp and a peak torque of 138Nm. Transmission options will include a 5-speed manual and a 4-speed torque convertor automatic. It is reported that the smart-hybrid system will be offered with the automatic version only.

Going by the numbers, it is visible that Hyundai Venue’s turbocharged petrol engine is significantly more powerful than the Brezza’s 1.5L petrol. It is expected that Maruti Brezza will return a fuel efficiency of around 20-21kmpl, which will give it an advantage over the Venue’s petrol engine. The Hyundai Venue 1.2L and 1.0L petrol versions return 17.5kmpl and 18.15kmpl respectively.

Both these SUVs come under 4 meter in length and have equal length and wheelbase of 3,995mm and 2,500mm respectively. The Hyundai Venue is 20mm narrower and 50mm shorter than the Vitara Brezza. In terms of proportions, the Brezza is 3,995mm in length, 1,790mm in width and 1,640mm in height, while the Venue is 3,995mm long, 1,770mm wide and 1,590mm tall. The Brezza comes with a ground clearance of 198mm. While the Venue offers a boot space of 350L, the Vitara Brezza has a luggage carrying capacity of 326L.