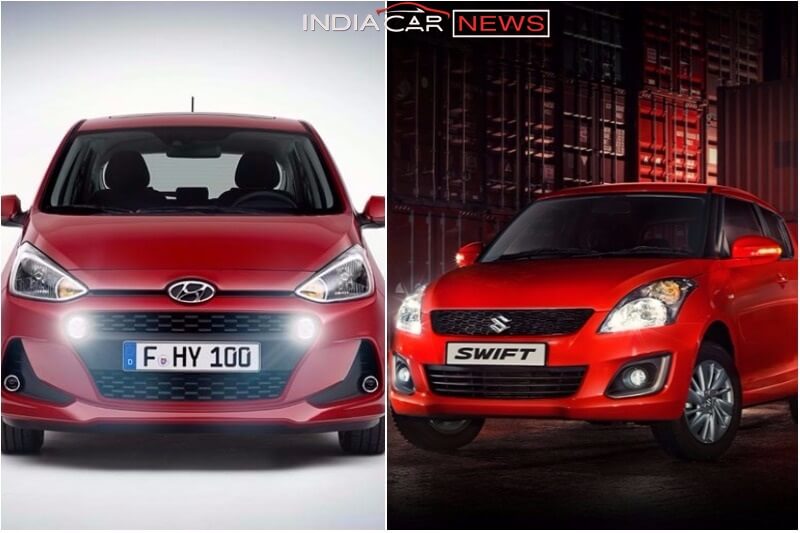 Maruti Swift Vs Hyundai Grand i10 – Here’s a specifications based comparison between the two popular hatchbacks.

Hyundai forayed into the entry level B segment in 2013 with its stellar model Grand i10 that has been among the top-selling models in the segment ever since its introduction. With subtle cosmetic changes and additional features, Hyundai rolled-out Grand i10’s first facelift early this year. One of the strongest players in this space, Grand i10 goes squarely against Maruti Swift, probably the most popular model in the crowded segment. On the one hand, there is a Korean product with a good mix of features and appealing looks and on the other hand there is Maruti’s longstanding Swift which still tops the sales chart even after 12 years of its introduction. In this spec-based comparison, we stack up the two top-selling models from the segment to find out which is a more viable option. Check out Maruti Swift Vs Hyundai Grand i10 prices, specs, mileage & dimensions –

-Maruti Swift petrol is priced in the range of Rs 4.79 lakh to Rs 7.46 lakh.
-The diesel Swift is placed higher between Rs 5.98 lakh to Rs 7.46 lakh.
-Hyundai Grand i10 petrol variants fall between Rs 4.55 lakh to Rs 6.80 lakh.
-Diesel powered Grand i10 starts from Rs 5.63 lakh and goes up to Rs 7.30 lakh (all prices ex-showroom, Delhi).
-Going by prices, there is a considerable difference between both the models, with Grand i10 being a more lucrative option. Read More – Maruti Baleno Vs Maruti Swift

-In terms of power, the diesel versions of both the models produce similar output.
-Swift’s petrol engine makes slightly more power compared to Grand i10.
-The Grand i10 gets an additional 4-speed auto box on Magna and Sportz variants. You May Also Like – New Maruti Swift Will Be Launched In 2018 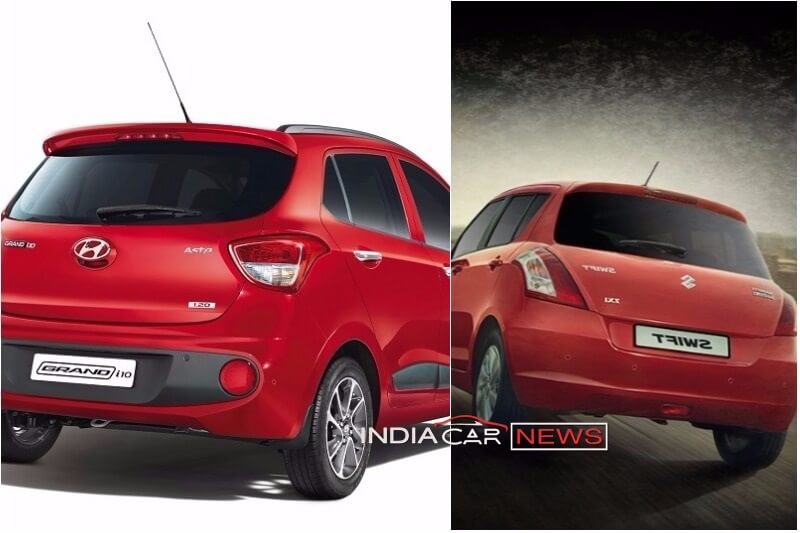 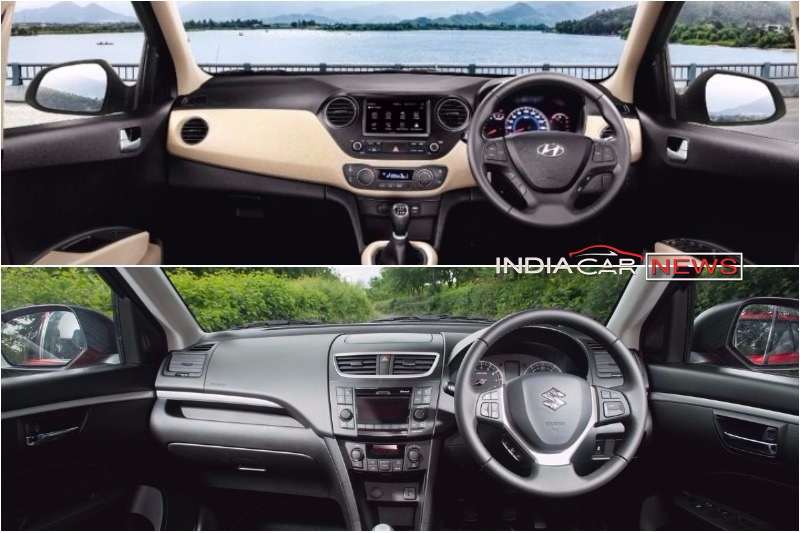 -Driver airbag is standard across Swift line-up, whereas the passenger airbag is optional on base and mid trims.
-ABS with EBD is standard on VXi(O), VDi and top-spec variants, while rest of the trims get it as an optional provision.
-Brake assist is offered on VXi(O), VDi and top-end ZXi/ZDi grades
-Reverse parking sensors are available on ZXi & ZDi trims.
-In 2014, India-spec Maruti Swift with no airbags was awarded 0 star in adult and 1 star in child safety by Global NCAP.
-Standard safety bits on Grand i10 include immobilizer & driver side airbag.
-Co-passenger airbags are offered from Sportz onwards.
-ABS without EBD and keyless entry with smart key are available only on the top-spec Asta trim.
-Impact sensing auto door lock is offered from Magna onwards and rear camera is confined to Sportz (O) & Asta trims.
-Made-in India base Grand i10 variant was crash tested by Latin NCAP in 2015, wherein it scored 0 star in adult safety and 2 stars in child safety.
-One must note that Hyundai launched Grand i10 facelift early this year which hasn’t been tested yet.