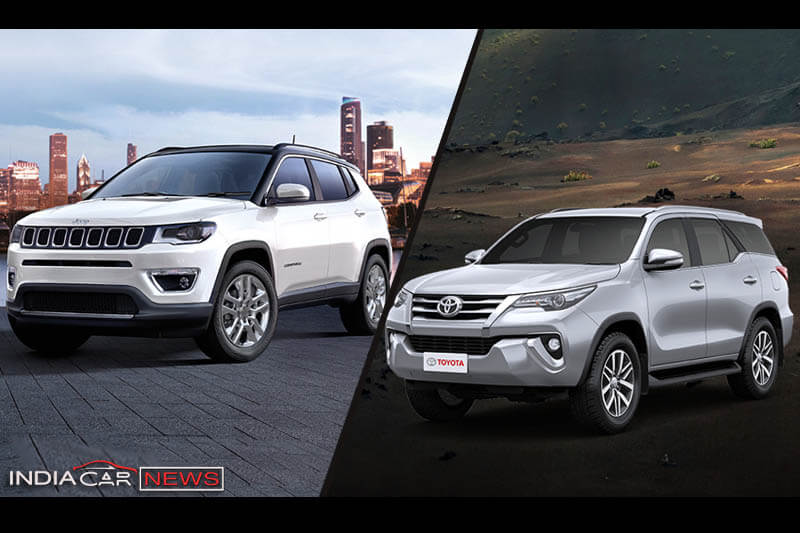 Here is a specifications based comparison between Jeep Compass and the Toyota Fortuner.

Jeep India has eventually rolled-out its most eagerly awaited model, ‘Compass’ in the country. While most of the details about the Jeep model were revealed during its official unveiling in April, the company has now announced prices along with other prominent details. At the time of its unveil, Jeep had claimed that Compass will offer several features that are not only absent in the segment, but will make debut in India with the model. While it lives up to the promise, Jeep has surprised with the killer pricing for Compass. As it makes official debut in India, we pit it against the segment leader Toyota Fortuner to discern if it could beat the best. Check out new Jeep Compass Vs Toyota Fortuner specs, price, features, dimensions and other details. 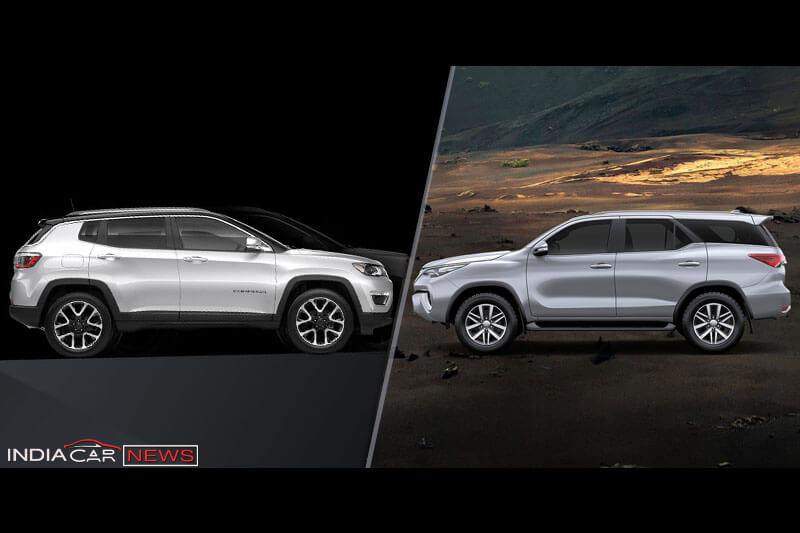 -Jeep is available in petrol & diesel engines with a choice between 6-speed manual and a 7-speed DSG AT unit.
-The diesel AT trims will get a 9-speed AT unit at a later stage.
-The AWD trims in Compass range will come with Select-Terrain system with 4 driving modes-Auto, Snow, Mud and Sand. 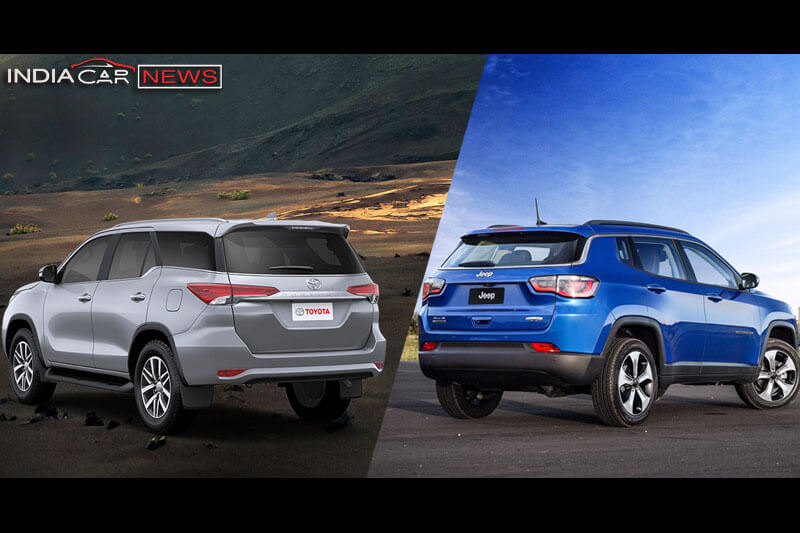 -In terms of dimensions, Toyota Fortuner is a bigger SUV with larger proportions.
-Compass offers 114-L of additional boot space over Fortuner.
-One must note that Toyota Fortuner comes in 7-seat layout, whereas the Jeep Compass will be offered with 5-seat configuration. 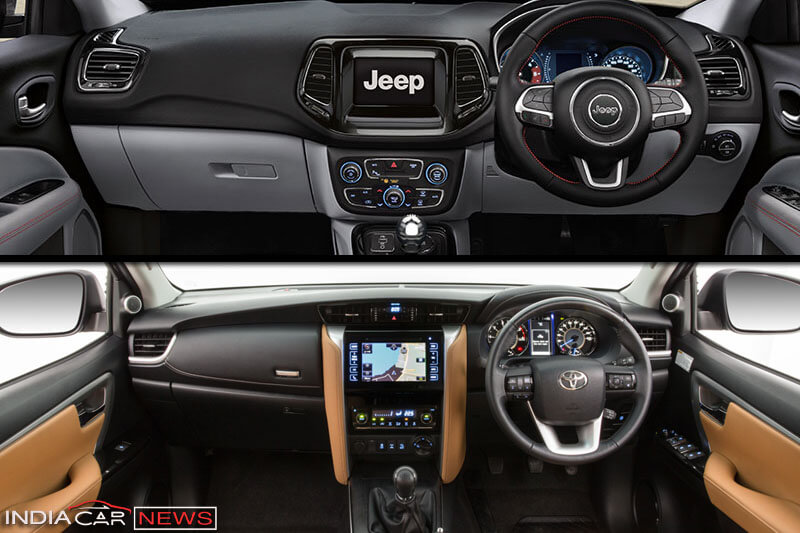 – Jeep Compass carline gets standard electronic stability control, Hill Start Assist, Traction Control and dual airbags.
-The range-topping grade also pack in side and curtain airbags. Other safety features on the SUV include electronic rollover mitigation, cornering fog lamps, etc.
– Features like vehicle stability control with brake assist and hill assist control are missing on the Toyota Fortuner 2WD MT trim.
-While the downhill assist control is offered only on the 4WD variants. The SUV additionally gets 7 SRS airbags.