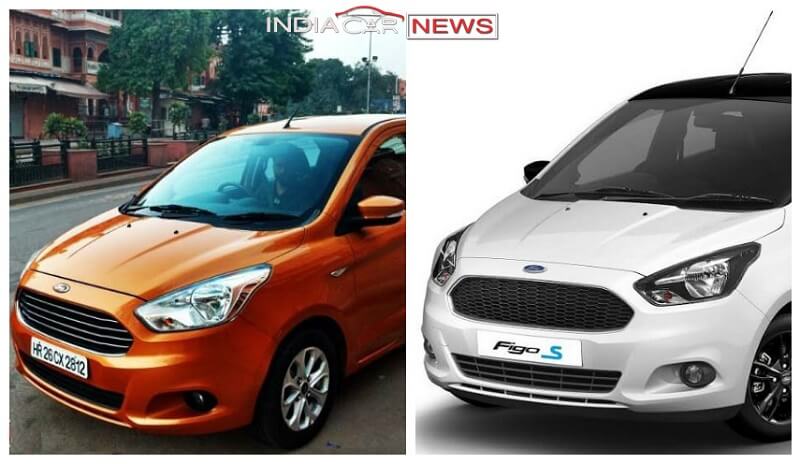 To know what all the sportier version offers over the regular trim, here is a spec-based comparison between the two siblings.

Ford recently spawned sportier version of Figo hatchback dubbed Figo Sports loaded with additional bits and equipment. The Sports version is essentially a better kitted and cosmetically more appealing version of regular Figo, albeit it remains unchanged underneath. With a changed suspension and aesthetic tweaks, the Sports edition costs over Rs 50,000 more than the regular Figo Titanium. To know what all the sportier version offers over the regular trim, here is a spec-based comparison between the two siblings.

Among the new additions, the Sports version gets new 15-inch alloy wheels with 195/55-section tyres, new honeycomb grille in front, black finished headlamp units, special decals on the outside and dual tone exterior colour scheme. The roof with black colour, infuse sporty flair to the hatchback. Even the mirrors have been finished in black. The S badge is another addition that is visible on the decals and rear. Additionally, it gets a sporty spoiler at the back for improved aerodynamics.

Theall-black interior with contrast red stitching on the seats and steering wheel adds a bit of sporty character. While in terms of equipment, the Sports edition carries over all the features from the Titanium+ including the power operated ORVMs with folding function, reverse wiper, washer, automatic climate control, SYNC infotainment system with vice controls, dual front airbags, ABS and EBD to name a few. Check Out – Photo Gallery – Upcoming Ford Cars in India

Under the skin, both regular Titanium and Sports edition are identical. The petrol powered trim derives power from the 1.2-litre, four-cylinder unit makes 87bhp of power and 112Nm of torque. The power figure for the 1.5-litre diesel engine also remains unchanged at 99bhp and 215Nm. Both the engine gets the conventional 5-speed manual unit missing out on the dual clutch automatic gearbox.

Ford has claimed to change suspension set up. It has more stiff now providing better handling and ride quality. This has been achieved by shortening the springs by 10mm to make space for the larger 15-inch wheels wrapped with 155/65/R15 tyres. The tyres with better width offer improved grip while on the go and the Sports edition handles better.

Even though both regular and Sports variants draw power from the same set of engines, there is a minor difference in their fuel economy. The petrol version delivers around 18.12kmpl, as compared to the regular Figo petrol claimed to return 18.16 kmpl. Diesel Sports on the other hand can do 24.29kmpl as against the 24.29kmpl by the regular one.