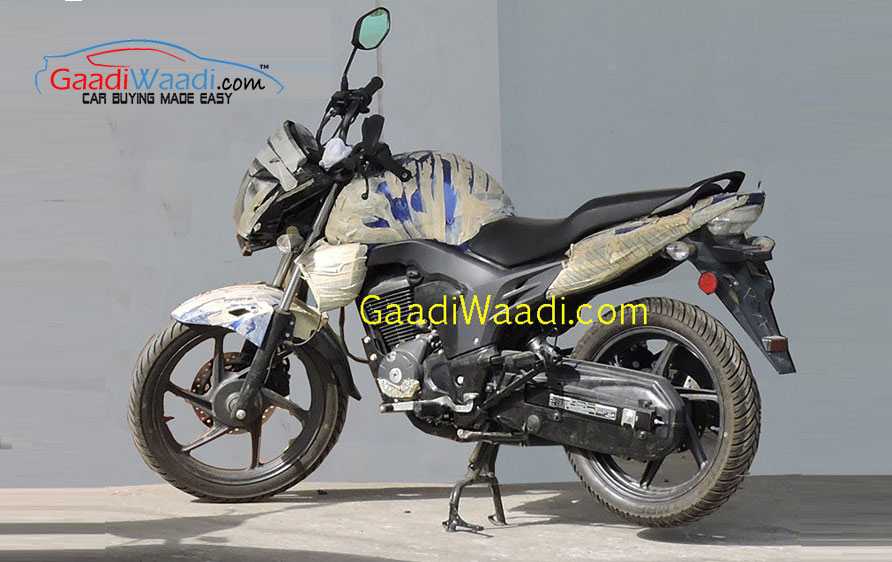 Honda Motorcycle and Scooter India (HMSI) is getting aggressive with its product strategy for the Indian two-wheeler market. The company recently announced to launch 9 models in the country this year, and one of them will be the 2015 CB Trigger facelift that will go on sale by the end of this year. Adding to it, the maker will also launch the Aviator scooter facelift this year. With the updated Trigger, the Japanese maker will have three models in the growing 150-160cc segment.

The Honda CB Trigger 2015 has been recently spied by GaadiWaadi, which indicates its near launch. The fully camouflaged bike looks identical to the current model, and we expect it to get only cosmetic upgrades and nothing else. The spied model was painted in Blue, which is currently not available in the outgoing bike. Adding to it, the maker could also add new body decals to the bike. The current CB Trigger is available in three shades – Black, Pearl Siena Red and Meteor Green Metallic. It is equipped with a digital instrument panel, LED tail lamps and alloy wheels. The Honda CB Trigger 2015 facelift is likely to feature the same 149.1cc single-cylinder four-stroke, air-cooled engine that churns out 14.35bhp of power at 8,500rpm and 12.5Nm of torque at 6,500rpm. Power is transmitted to roads via a five-speed transmission. The bike can hit a top-speed of about 100-105kmph, and is claimed to return an impressive fuel economy of 60kmpl.

Based on a tubular diamond frame, the bike features telescopic fork suspension up front and monoshock at the rear. The range topping model features 220mm disc brakes, while the standard variant gets a 240mm disc up front and a 130mm drum brakes at the rear. It also features CBS (Combi Braking System) which automatically applies the front brake when the rear brake lever is deployed.